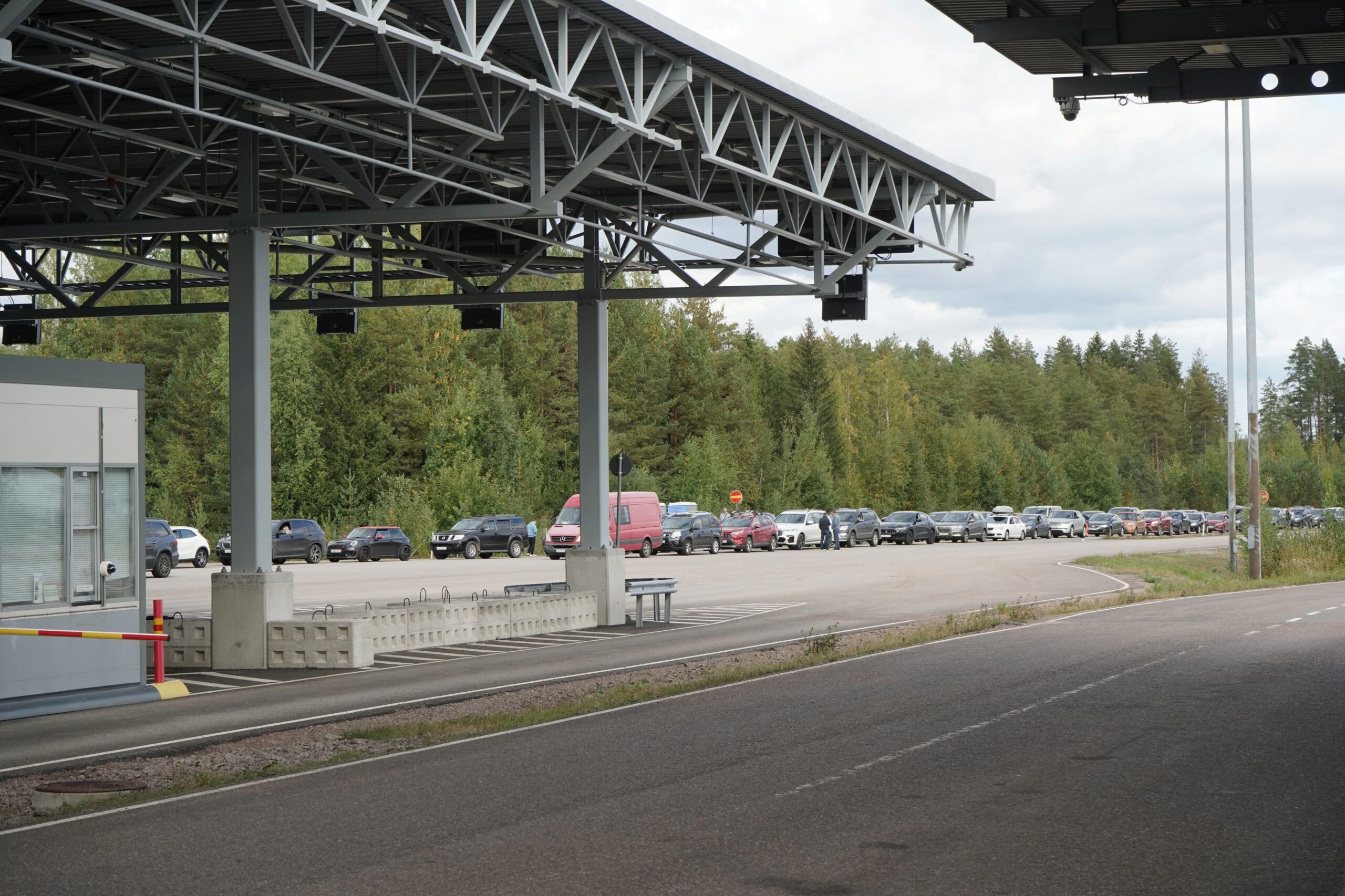 The number of Russian citizens who entered Finland by road this Thursday continued to increase after the announcement of the mobilization of 300,000 reservists to fight in the Ukraine war and reached the 6,470The Finnish Border Guard reported this Friday.

From them, 5,959 crossed the border through the Finnish southeast regionthe busiest due to its proximity to St. Petersburg, which represents an increase of 107% compared to Thursday of the previous weekaccording to data from the border authorities.

“The situation this morning: the queues in Vaalimaa and Nuijamaa are longer than yesterday (in Vaalimaa about 500 meters). At the Imatra border post the situation is calm,” the Finnish Border Guard said on Twitter.

On Wednesday, the day on which the Russian president, Vladimir Putinannounced the mobilization of 300,000 reservists to fight in Ukraine, 4,403 Russian citizens crossed the southeastern border with Finland, 57% more than on Wednesday of the previous week.

Border authorities have not provided data on the demographic group to which Russians arriving in the Nordic country belong, nor have they confirmed that the increase in border traffic is related to the mobilization decree, as many observers suspect.

Finland, which shares with Russia the longest border in the European Union (EU) -1,340 kilometers-, requires a visa from Russian citizens who want to enter the country, either issued by its own consular services or by those of any other country. of the Schengen area.

This visa allows them to legally enter Finland, from where many Russians continue to travel to other countries in the Schengen zone or to other non-European destinations.

The closure of airspace to Russian aircraft and the virtual blockade of the land borders of the Baltic republics and Poland for Russian nationals as a result of the Ukraine war has made Finland the gateway for many Russians to the EU.

The Finnish authorities have tried – so far without success – to get the EU to agree to prohibit the granting of tourist visas to Russian citizens in order to stop being a transit country.

Although Helsinki has reduced the issuance of visas to Russians by 90%, It is legally obliged to allow entry to those who have a visa issued by another country in the Schengen area.

In the absence of a common European position, the Finnish government is working on a nationwide solution to drastically limit the arrival of Russiansalthough respecting the legal commitments of the Schengen agreement.

“The will of the Government is very clear: we believe that Russian leisure travel and tourism must be stopped, as well as transit through Finland, but how to achieve this is a more complicated question”, affirmed on Thursday the Finnish prime minister, sanna marinat a press conference.

According to Marin, the three Baltic republics and Poland have closed their borders to the Russians, alleging that their entry poses a threat to national security, but Finland, he maintains, cannot do the same until its authorities reach the same conclusion.

For the prime minister, the decree for the mobilization of Russian reservists has forced officials from the Ministries of the Interior, Foreign Affairs and the Border Guard to reassess whether the risk to national security has increased.

Following the UN report on Russian war crimes, Ukraine formalized the request for a specific court to try them