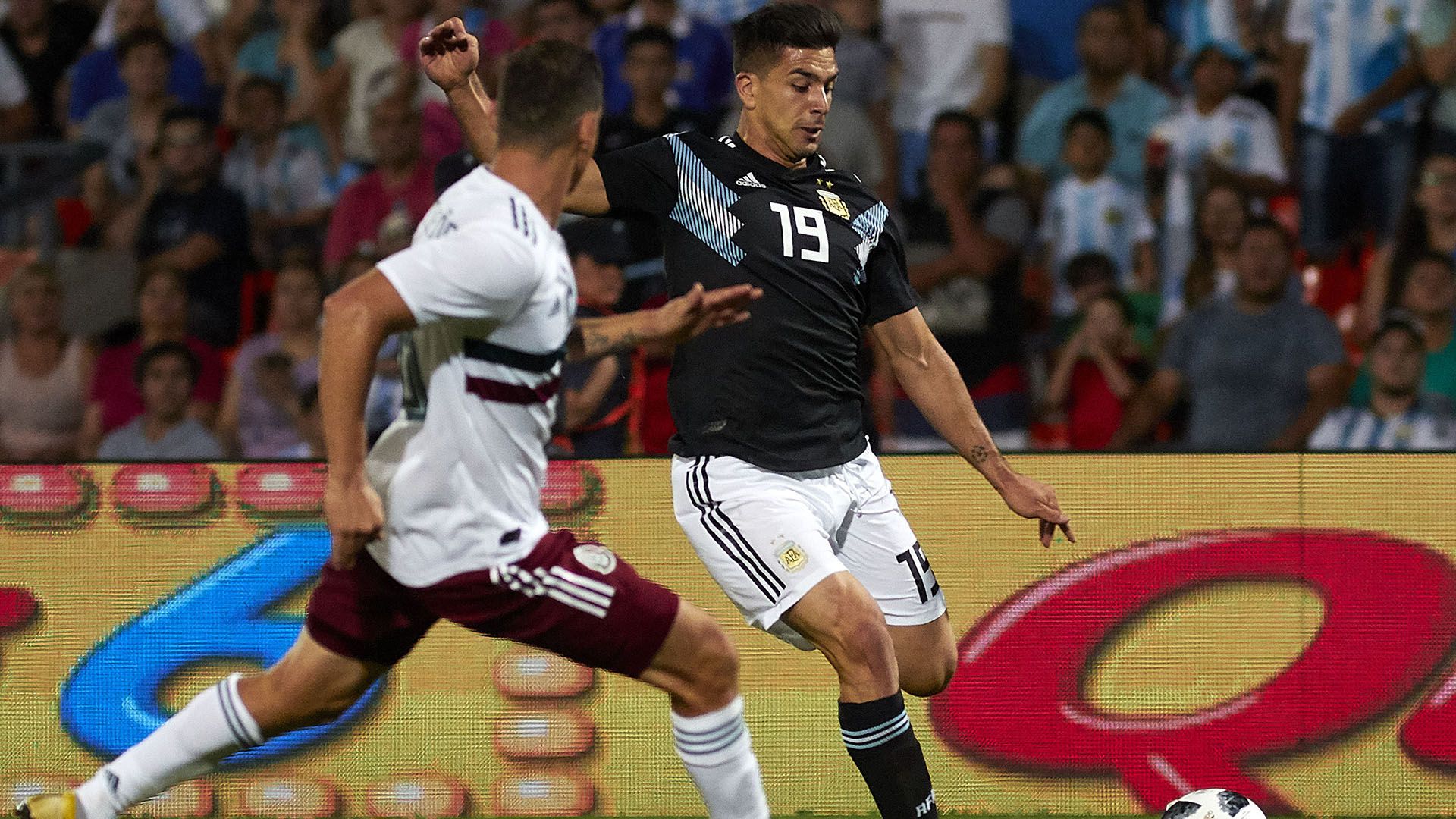 First it was Sergio Aguero. Then Lucas Alario and even the name of Mauro Icardi fluttered. then enter Joaquin Correa Y Julian Alvarez. The names to fight for ownership or take care of the rearguard of Lautaro Martínez danced in an endless carousel almost without settling during the era of Lionel Scaloni. There were those who have the essence of the tamer of the areas and also those who are more versatile in their feel for offensive football. There was only one button left untouched: Giovanni Simeon.

Of course, it is not a far-fetched criticism of the coach’s sense of smell. If something perfectly showed the leader of the Scaloneta it’s your sniper precision to pick the replacement for a heavy generation. It is even, perhaps, the previous World Cup with less controversy in history. There are no heated debates over Juan Román Riquelme as happened with Marcelo Bielsa in 2002, Fernando Redondo and Claudio Paul Caniggia in France 98 or Javier Zanetti in 2010 with Diego Maradona, to cite some recent emblematic cases. It is rather an almost technical, detailed approach, on a line in planning. Table football with friends.

The untimely withdrawal of kunthe descending curve of Pipe since he arrived in Germany and Icardi’s eternal frustrated dream of his own free will cleared the scene of pure center forwards. Ex officio. And the process decanted in that the tucu Correa and Alvarez become, by history within management, in natural alternatives for Lautaro in case of any eventuality. But beyond the levels of former Estudiantes and former River Plate, neither of them has the “9 area” stamp on their birth certificate. They can, of course they can. And perfectly, surely, according to the technician’s engineering. But the level of cholito in the last time it allows at least to ask the question: why didn’t he have his proof?

Scaloni will say, correctly and appropriately, that he is in the plans, that he has mentioned him several times, that he is a player who is always followed. And it’s true. But it is also a reality that the technician trusted him during the beginning of the replacement plan that was launched in the friendlies at the end of 2018, but never again gave him a real chance. Gio had five games that year and scored a goal against Guatemala, the only one in which he was a starter. In 2020 Scaloni took him to the bench once in the Playoffs, but he didn’t throw him on the floor. He was part of several preliminary lists, but never again an action test.

Throughout the four years of management they also had opportunities of similar characteristics Dario Benedetto, Adolfo Gaich Y Lucas Boyein addition to the aforementioned Icardi or Alario, who was always on the table as one of the options that most seduced the DT, but who never finished asserting himself in the Bundesliga to endorse the confidence received in the National Team.

Let’s talk with the cold figures on the table: Gio was the fourth top scorer in the last season of Serie A with the humble Hellas Verona, who reappeared in the First Division in 2019 and signed the cholito last season to dream of an international cup. They were two places away from that goal, but Simeone fulfilled 17 goals in 35 presentations behind Lautaro Martinez (21 in 35), Dusan Vlahović (24 in 36) and Cyrus Immobile (27 in 31) with Inter, Juventus/Fiorentina and Lazio.

In Naplesperhaps his biggest challenge at 27 years old, He has two goals and was a starter only once. Among the other five games he’s played, he doesn’t get much more than 90 minutes total. The outstanding figures of him in Italian football are not a novelty. he already did 12 in 35 games with Genoa in 2016/17 during his first European tour, 14 in 38 with Fiorentina the following season and shouted 12 in 37 appearances with Cagliariwhich finally earned him a transfer to Verona.

Indisputable? It is far from that, but it does seem to be a drinkable alternative as a replacement if in some passage it is necessary to change tab for tab with Lautaro. Nor is it an approach to the detriment of Joaquín Correa or Julián Álvarez, who today seem to be the two who would jump onto the field as a different model of the striker if an emergency forces Scaloni.

even some millionaires Fans will feel like there are no arguments against the Manchester City striker rubbing shoulders with Erling Haaland and showering him with Guardiola praise. But perhaps Isn’t there room for both on the list? Is it worth having a purer nine as a variable to the starter? Who is the real replacement for the DT? Bull before an eventuality? Is it so necessary to always have at hand a center forward raised to fish and nose inside the area?

The coach already explained at the time that the idea was to have two surnames per position, although the list of 26 footballers promoted by FIFA allows this parameter to be exceeded. All this without entering the gray zone of players who can apply to various roles, as happens in defense with Lisandro Martínez, to cite an example.

The decisions of the coach in the last two years lead us to affirm that the tucu and the Spider They are Lautaro’s alternatives. Punctually since Agüero left the orbit of the National Team, there was no fixed pattern: Correa and Álvarez alternated ownership if Martínez was missing or the substitution to replace him. But in his clubs the reality is different: Julián can be an extra card in Haaland’s place, but also a piston in the offensive trident as a complement to the nine. The Tuco, With 6 goals in 26 Serie A games last season and 2 in 7 this season, he always shared the offense with Inter’s purest nine in the 16 starts he started: he alternated as an accomplice of Lautaro and Edin Dzeko. A fact that could well go unnoticed for a team that usually places two weight points, also taking into account the return of Romelu Lukaku.

The Gio case It could perhaps be one of the many soccer debates that will take place from now on until the ball starts to roll and the speculation ends once and for all. A vermouth to go through the damn world cup handle. Simeone, Ángel Correa, Enzo Fernández, Exequiel Palacios, Juan Foyth… Some of the names that will be at the discussion table ahead of the World Cup. In the battle of whether they should be or not. Perhaps one of those surnames will become the surprise when he’s off the payroll or summoned, though no one will shriek too much. There will be no screaming frenzy on TV from some outraged panelist. The coach earned, even before the liberating title in the Copa América, an unassailable crown: the best pound for pound today as a group builder.