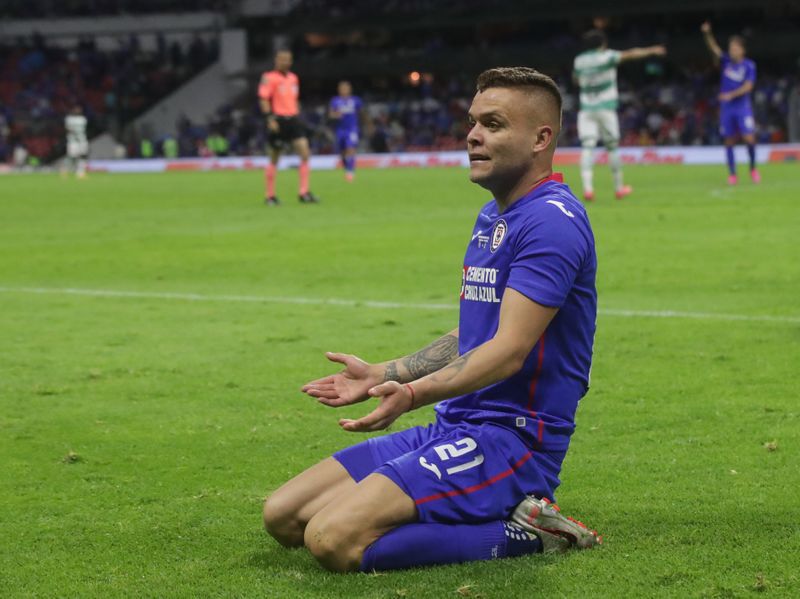 The Mexican tournament continues its fast pace. Now the Big Party of the contest is about to be disputed; However, on this occasion it will not have the participation of Blue Cross for being eliminated by the Rayados from Monterrey during the repechage, on the court of the Aztec stadium The last Sunday.

Cruz Azul has become the second worst champion during the last 10 short tournaments. The team led by Juan Maximo Reynoso recorded a drop of 18 points during the regular phase of the Opening 2021, with respect to the previous tournament, Guardians 2021, in which he was champion. Scratched during the Closing 2020, a contest that was cut off by the health emergency caused by Covid-19, had a production below that achieved by the Azulinos from one tournament to another, being champion by a decrease of 22 points, according to information from ESPN.

The notable fall of the La Maquina team prevented him from reaching the Liguilla to defend his title, the 23 points over 17 days just barely reached him to obtain the eighth position, in which he was also measured in strength against Monterrey, who eliminated him in the reclassification and remains the monarch with the fewest points in the tournament after his title of champion.

Cruz Azul and Chivas are the only two teams that in the last five years could not reach the quarterfinals in the search for the two-time championship. However, the trend indicates that eight of the 10 teams that sought to repeat the title registered fewer units compared to the contest than when they won the crown.

Only Pachuca and Santos, during the period analyzed by ESPN, they managed to exceed by one point the number of total units that they added in their previous tournament.

Cruz Azul recorded 80% of productivity during the Guardians 2021, when he reached 41 units and became the general leadership. At the next tournament, his performance was reduced by 45% and he missed the opportunity to mend the title when Monterrey eliminated him 4-1 last Sunday.

During the previous tournament, Juan Reynoso He led the team through a streak of 12 consecutive victories, seven of them 1-0, which catapulted him to first place in the competition, after scoring 26 goals and receiving only 11.

In this tournament, the Noria team recorded 15% fewer goals and allowed 63% more goals from rivals that led him to obtain only five victories, eight draws and four setbacks.

Part of the elimination of the Cruz Azul team gave so that Alvaro Morales, panelist of the sports chain of ESPN, will speak about it during the evening broadcast of Spicy Soccer.

Morales launched a strong message against the La Noria team and added that, if they do not change the way the team is currently managed, they could have a negative streak again without winning a La Noria title. MX League. In addition to the fact that he is not responsible for said “curse” as some sectors of the Cruzazulina fans had commented on many occasions on social networks.

“They said that the salty one was me. No, Cruz Azul, can I tell you something? I left and it took you six tournaments to be champion, don’t make stupid inventions. The salty and the bad have always been you. So correct the course because if you don’t, 17 or 23 years will pass again without you being a league champion ”, he concluded. The Wizard.