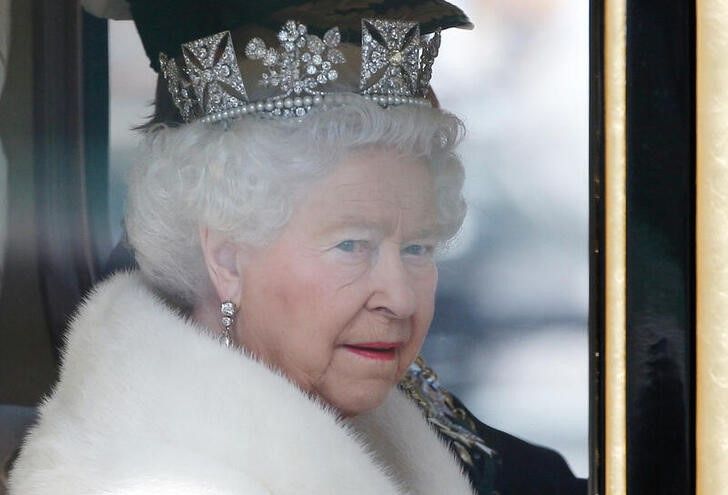 Behind the death of Elizabeth IIthe United Kingdom activated the London Bridge operationwhich stipulates each step to be taken in the ten days after the death of the queen, also known as day D. However, the authorities seem not following the protocol to the letter.

The most important thing that was not fulfilled as stipulated is the day of the proclamation of Carlos. Protocol held that the ceremony should take place the day after Elizabeth’s death, that is, the D+1 (Friday). But finally the act was carried out today, two days after death (D+2).

Also, the operation stated that the website of the Royal Family would be replaced by a completely black page with a short statement confirming His Majesty’s death. However, it does not happened. Although the logo of The Royal Family and some sections of the page changed their usual color to mourning black, the background is white and there are color photos. The first thing you see on the cover is the announcement of the queen’s death and next to it a statement by Carlos giving his opinion on the death of his mother. In this case, the brevity of the communications was respected.

Nor was the agreement on the queen body. when dying in Balmoral (Scotland), the “Operation Unicorn”, which said that Elizabeth’s remains would be brought to London by train. However, it was decided that Elizabeth II be veiled in the Scottish Cathedral of St Giles, in Edinburgh, this Monday. There it will lie for 24 hours.

The private audience between Carlos III and the new British Prime Minister, Liz Trusswhich according to “London Bridge” would take place on the day of death, finally took place on Friday.

Possibly the changes in the protocol had to do with the announcement of the queen’s death. The same was done at Thursday 6:31 p.m.so certain issues had to be delayed due to lack of time. It seems that everything ran one day.

Already with the proclamation of Carlos, it will be necessary to see how the operation continues. In principle, the protocol stipulates that the king should start an official tour of the UK.

Next, the next days of “London Bridge” taking into account the delay due to the fact that the announcement of the death was made almost on Thursday night.

The new king charles will start a UK tour.

It will start with a visit to the Westminster Hall in the Houses of Parliamentwhere parliamentarians will give a condolence motion.

Your next stop will be Edinburgh to visit the Scottish Parliament followed by a memorial service at St. Giles Cathedral in Edinburgh.

Then King Charles will fly to North Irelandwhere members of the delegate parliament will give another motion of condolence, this time in the hillsborough castlethe residence of Secretary of State for Northern Ireland and the official residence of the monarch while in Northern Ireland.

He will then attend a service at the St Anne’s Cathedral in Belfast.

Meanwhile, in London, the first rehearsal of the queen’s coffin procession from Buckingham Palace to the Palace of Westminster via The Mall, known as Operation Lion, will take place.

The queen’s body will leave Buckingham Palace and be taken to the Palace of Westminster to remain there.

The procession will be the first major military parade. A similar slow march for the Queen Mother in 2002 involved 1,600 people and spanned half a mile. The route is believed to hold around a million people.

A memorial service will be held when he arrives.

The three days of the queen lying down begin, called “Operation Pen”.

Your coffin will be placed in a dark catafalquea decorated wooden frame that supports the casket of a distinguished person during a funeral or while lying down, to make it easier for the public lining up to view the casket.

The first people to visit will be the VIPs, who will be given timed slots to pay their respects.

Later, the public will be able to walk with the room closed for only one hour each day.

In the meantime, Carlos will fly to Wales for the final leg of his UK tour. He will visit the Welsh Parliament before a memorial service at Llandaff Cathedral in Cardiff.

And there will be a great deal of planning in the royal house and in Whitehall, especially to ensure that heads of state, VIPs and dignitaries have arrangements to head to the UK for the funeral on the 10th.

The Department for Transport, the Home Office and the Border Force have plans in place for the number of British and foreign tourists expected to London in this period.

transportation for London it will also be involved to ensure that the provision of metro and bus is sufficient.

More than a million people could arrive, meaning London’s hotels, public transport and public spaces will be ‘full’, a document says. The police license is likely to be cancelled, but there are concerns about the number of commissioners required and where to find them.

The day of the queen’s funeral. It will be a “National Day of Mourning”, although it will not be an official holiday. If it falls on a weekday, employers will be left to decide whether staff can take the day off, but there will be no dictate.

Her Majesty will be transferred to the state funeral held at Westminster Abbey, which will culminate in a two-minute silence across the country at noon.

It will then be taken to St George’s Chapel at Windsor Castle.where she will be buried in the King George VI Memorial Chapel alongside her loving husband, Prince Philip.

It is not known when the coronation of Prince Charles will take place. But his mother, the queen, was crowned 16 months after the death of King George VI.

Who are the world leaders who confirmed their attendance at Elizabeth II’s funeral?