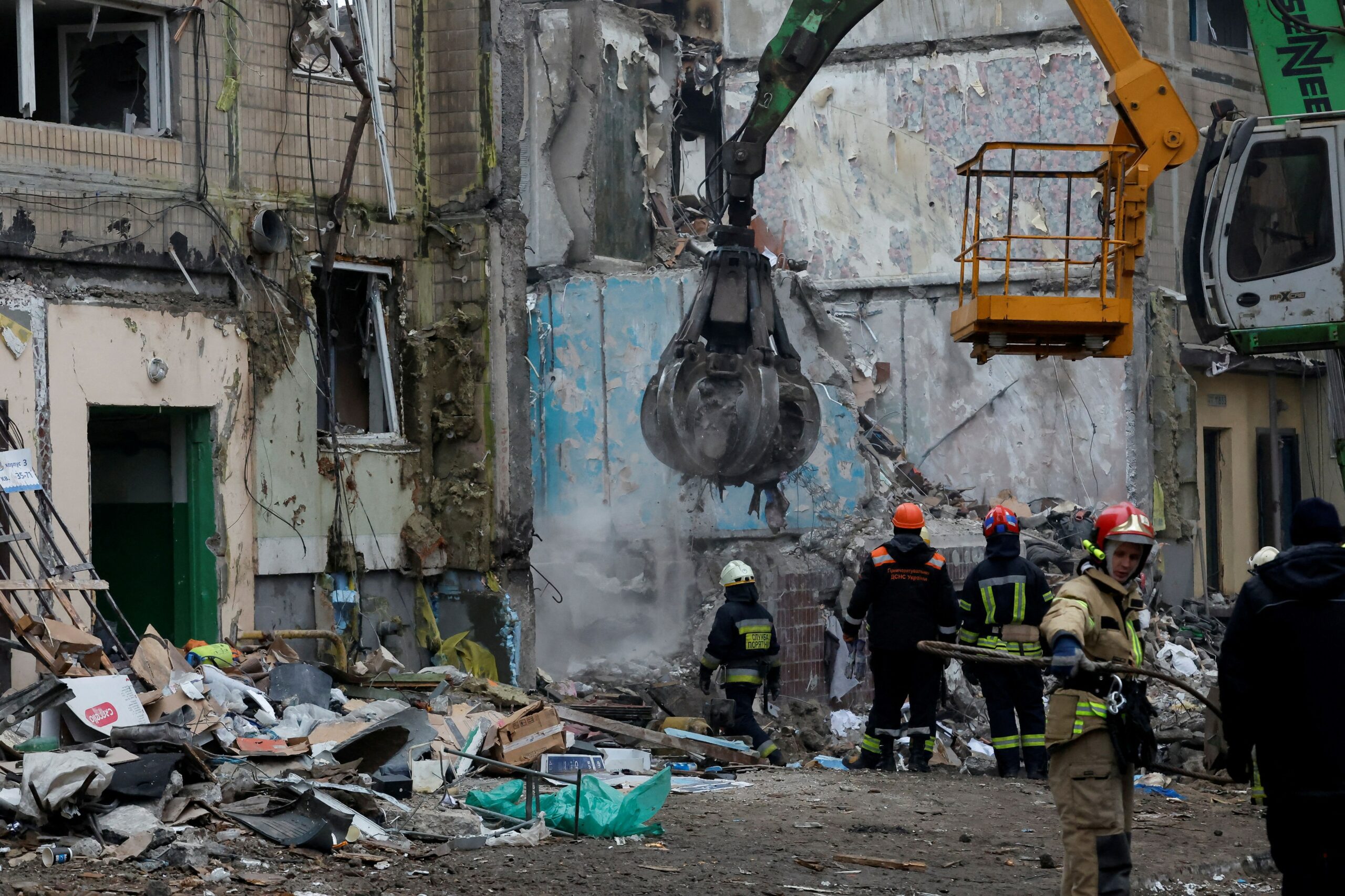 The number of deathly victims for the launch of a Russian missile against a residential building In the town of dnipro rose to 44as reported by local authorities on Tuesday.

Mayor, Borys Filatov, reported on social media the new death toll. Earlier they had confirmed that the body of a child had been removed from the rubble, in the war’s deadliest single-point attack on civilians since the spring.

Russia’s latest deadly attack on a civilian target in nearly 11 months of war sparked indignation. It also caused the unexpected resignation Tuesday of a Ukrainian presidential adviser which said that the Russian missile had been shot down by the Ukrainian anti-aircraft system and had exploded on fall, a version that would shift some of the responsibility away from the Kremlin forces.

The statements of Oleksii Arestovich in an interview on Saturday night they caused a stir. Upon resigning, he said that his comments had been “a fundamental mistake”.

The President of Ukraine, Volodimir ZelenskyHe vowed to bring those responsible for the attack to justice, saying it is “a fundamental task” for Ukraine and its Western allies.

“This attack on Dnipro, like other similar attacks, falls in particular under the jurisdiction of the International Criminal Court”he said in a video message Monday night.

“And we will seize every available opportunity – both domestic and international – to ensure that all Russian assassins, everyone who gives and executes orders for missile terrorism against our people, faces legal sentences. And make sure they serve their punishment,” he said.

The British Ministry of Defense said on Tuesday that the long-range missile offensive launched over the weekend, the first of its kind in two weeks, was directed against the Ukrainian power grid.

But the ministry identified the missile that hit the Dnipro apartment building as a anti-ship missile that “it is especially inaccurate when used against ground targets because its radar guidance system is poor at distinguishing targets in urban areas.”

Similar missiles have been used in other incidents that caused significant civilian casualties, the report noted, such as an attack on a shopping center in the central Ukrainian city of kremenchuk last June.

Those incidents have helped strengthen international support for Ukraine in their fight to repel the invasion of the Kremlin. The northern winter has slowed the fighting, but military analysts see it likely that both sides will launch new offensives when the weather clears.

The Russian Defense Minister Sergey Shoigusaid on Tuesday that the country’s army would increase its ranks from the current 1.15 million to 1.5 million troops in the next years.

The announcement was made the day after the US Deputy Secretary of State, Wendy Sherman, and other US officials to meet with Zelensky in kyiv on Monday. They reiterated the “firm and lasting commitment to Ukraine”According to the State Department spokesman, ned price.

US Army General Mark Milleychairman of the Joint Chiefs of Staff, visited Ukrainian troops training at a German military base under US command on Monday.

More than 600 Ukrainian troops began the extended training program at the camp the day before.

“This is not a typical rotation,” Milley told commanders. “It is one of those moments in which if they want to make a difference, now is the time”.

The First Lady of Ukraine was also helping to consolidate Western support and get more foreign weapons and had planned an unusual international appearance in the World Economic Forum held every year in the Swiss city of Davos.

The director of the United Nations nuclear agency, for his part, visited the South Ukraine Nuclear Power Plant and announced that the organization will maintain a permanent presence there to oversee operations and ensure security.

raphael Grossi, director general of the International Atomic Energy Agency, tweeted Monday night that the agency’s flag was flying over the power plant.

“We are here to stay for help ensure nuclear safety (…) during the ongoing conflict,” Grossi said, “soon, the IAEA will be permanently present” at all Ukrainian nuclear power plants.

Ukraine has four nuclear power plants with 16 reactors. One of them, the Zaporizhia plant, was taken over by Russian troops in the first months of the war and remains under their control.