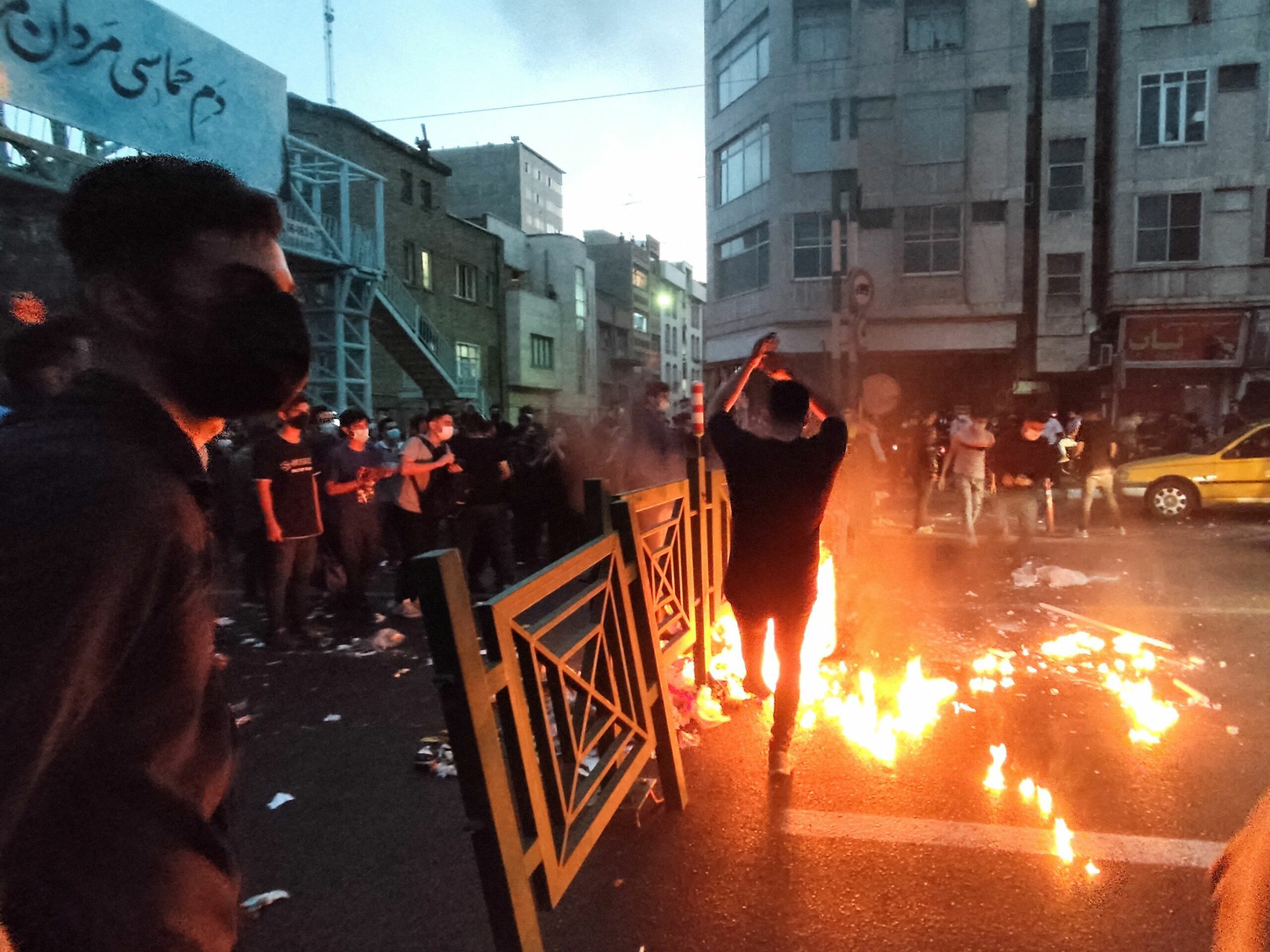 At least 31 people lost their lives in clashes with Iranian security forces during protests that erupted over the death of a young woman detained by morality policethe NGO said on Tuesday Iran Human Rights (IHR), based in Oslo.

“The people of Iran have taken to the streets to achieve their fundamental rights and human dignity (…) and the government is responding to their peaceful protest with bullets”said its director Mahmood Amiry-Moghaddam in a statement, in which he published a total death toll after six days of protest.

The protests against the theocratic regime of Ali Khamenei erupted over the death in custody of the young Kurdish woman Mahsa Aminiaged 22, after being arrested by the Islamic Republic’s feared morality police for allegedly wearing a headscarf in an “inappropriate” waysparking widespread outrage.

“Death to the dictator” Y “Woman, life, freedom”Protesters could be heard screaming in video footage shared online, during the biggest wave of protests to rock the country in nearly three years.

The security forces have fired pellets and bullets into the crowdand have also deployed tear gas and water cannons, according to Amnesty International and other human rights groups.

It was feared that the violence could escalate further after the Iranian authorities restrict access to the Internet Y block messaging appsincluding WhatsApp and Instagram, as they had during previous crackdowns.

Some women burned their veils and symbolically cut their hair in protest at the strict dress codein defiant actions that echoed in solidarity protests abroad, from New York to Istanbul.

Activists have said that Amini, whose first Kurdish name is Jhina, suffered a fatal blow to the head after her arrest in Tehran, a claim denied by authorities, who have announced an investigation.

Iranian women on the streets of Tehran told the AFP that now they were more careful with their clothing to avoid confrontations with the morality police.

“I’m scared”said nurse Nazanin, 23, who asked to be identified by her first name only for security reasons, adding that she believed the morality police “shouldn’t confront people at all.”

The president of United StatesJoe Bidenin a speech to the UN General Assembly on Wednesday said that “We stand with the brave citizens and brave women of Iran who are demonstrating right now to secure their basic rights.”

The ultra-conservative president of Iran, ebrahim raisispeaking later in the same forum, complained of a “double standard” by the West on the issue.

The protests come at a particularly sensitive time for the leadership, as Iran’s economy remains mired in a crisis caused in large part by international sanctions over its nuclear program.

The protests are among the most serious in Iran since the November 2019 unrest. caused by a sharp increase in gasoline prices. The crackdown that followed killed hundreds of people, according to Amnesty.

UN human rights experts condemned the “use of physical violence against women” and “state-mandated internet shutdowns” that they said were generally part of larger efforts “to stifle…free speech…and reduce ongoing protests.”

iranian news agency Fars informed that “according to a decision of the officials, already Unable to access Instagram in Iran from (Wednesday) night and access to WhatsApp is also interrupted.

The two apps were the most widely used in Iran after the blocking of other platforms in recent years, including Facebook, Twitter, Telegram, YouTube and Tiktok.

The reasons that keep the protests in Iran alive