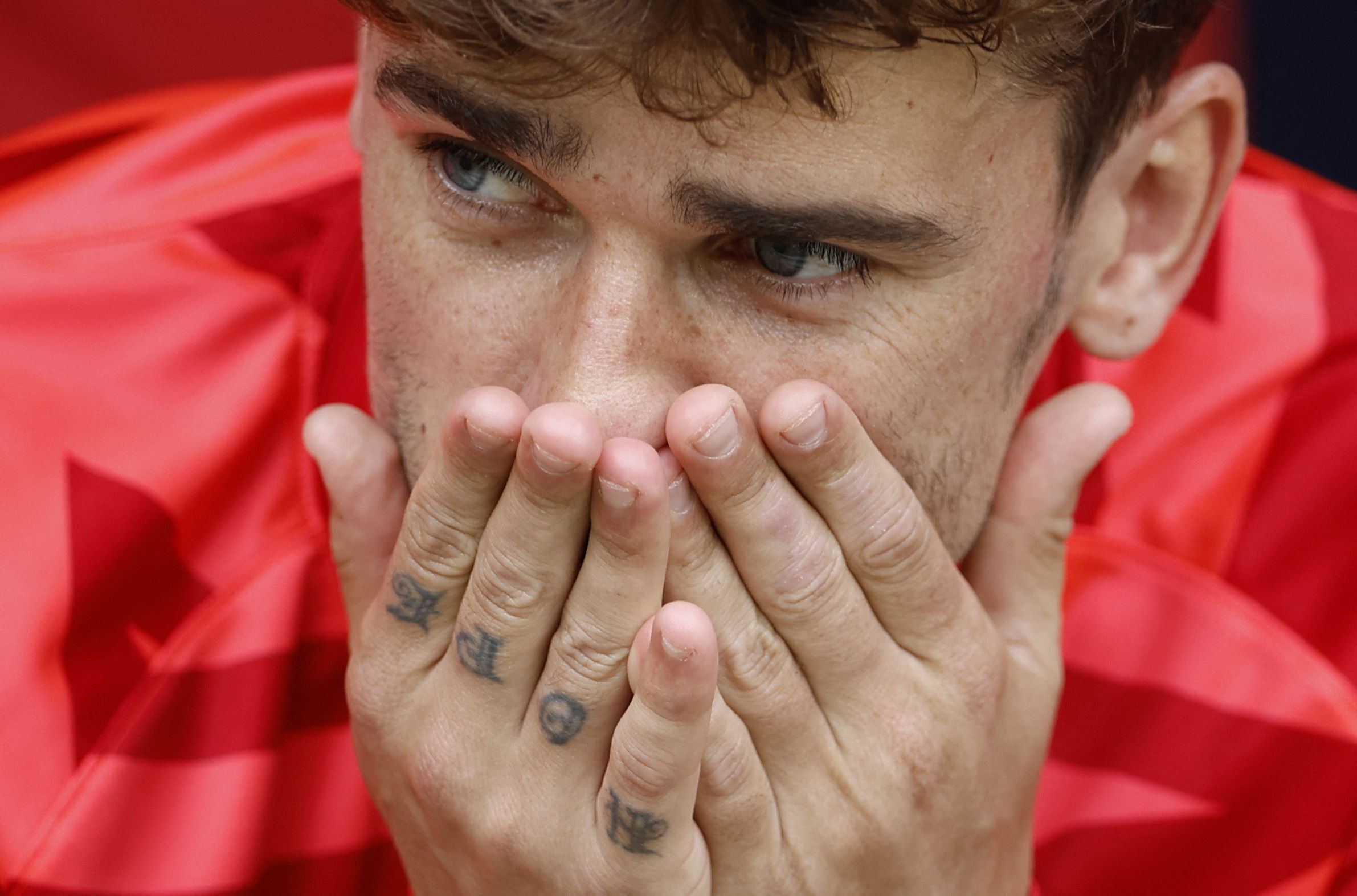 Antoine Griezmann is experiencing one of the most atypical seasons of his career in what is his second year at Atlético de Madrid after going through the FC Barcelona without sorrow or glory.

After reaching a session agreement in September 2021, the French striker returned to the team mattress, but despite being one of the benchmarks of the campus, spends more time sitting on the bench than on the field of playand when he jumps onto the pitch it is usually decisive, for example in his Champions League debut in which he entered and scored the winning goal at 90+11 against Porto.

The reason why Diego Simeone does not have him from the start, and usually makes him play less than 45 minutes, is due to a clause that Barcelona established at the time of agreeing on his loanin which they defined that if the one from Macon plays at least 50% of the games during the two campaigns, A purchase option for 40 million euros would be activated automatically.

The Madrid institution is not in a position to pay that amount of money and that is why he manages the minutes of the little Prince in every presentation. A situation that worries France in the face of its performance in the Qatar 2022 World Cup.

“I think it can frustrate him, but it won’t affect him.. When he enters it is decisive. We all know the importance of Antoine, he is a great player and has contributed a lot to the France team in recent years”, assured the captain of Les Blues, Hugo Lloris when consulted about the present that his compatriot is going through in dialogue with Telefoot.

Uncertainty reigns in the European country about what will happen to the footballer and everyone is waiting for the words of the coach Didier Deschampswho next September 15 will rule on “the Griezmann issue”in the middle of the last FIFA double date before the start of the World Cup.

France will host Austria on September 22 and three days later will visit Denmark for the Nations League. The list of summoned will be known next Thursday. What is worrying in the country of the old continent is the fact that the player do not arrive in the best physical and mental conditions to face the defense of the title achieved in 2018.

“The player is inevitably affected by this situation and he is not a player who arrives at the France team with a state of absolute confidence”, he considered in TF1 former international Bixente Lizarazu.

“I love Griezmann very much. In addition to the love for him, he is one of the most important players in the club’s history. We will continue to improve. He is giving us a lot and he has to be strong in the head”said Diego Simeone when asked about the present of the 31-year-old Frenchman.

At the same time, the cholos added: “He is giving us a lot in the minutes he is entering, whether they are 32, 36 or 15 (it is considered a match when it is played for at least 45 minutes). It is an important change for us, it generates hierarchy for us. The reality is that in 30 minutes he is doing very well”.

For his part, the footballer is clear: “It is what it is, it is not in my hands. Thankful to God for being here. My family is happy, of course I want more, but I’m going to give everything in the minutes I have. I feel like a club man, I’m happy here and I just want to play here and give everything for the club, for the cholos and for the fans.

“I am devastated”: Thomas Tuchel opened up after his surprise dismissal from Chelsea

Totti broke the silence after his scandalous separation from Ilary Blasi: “I looked at his phone and saw that there was a third person”