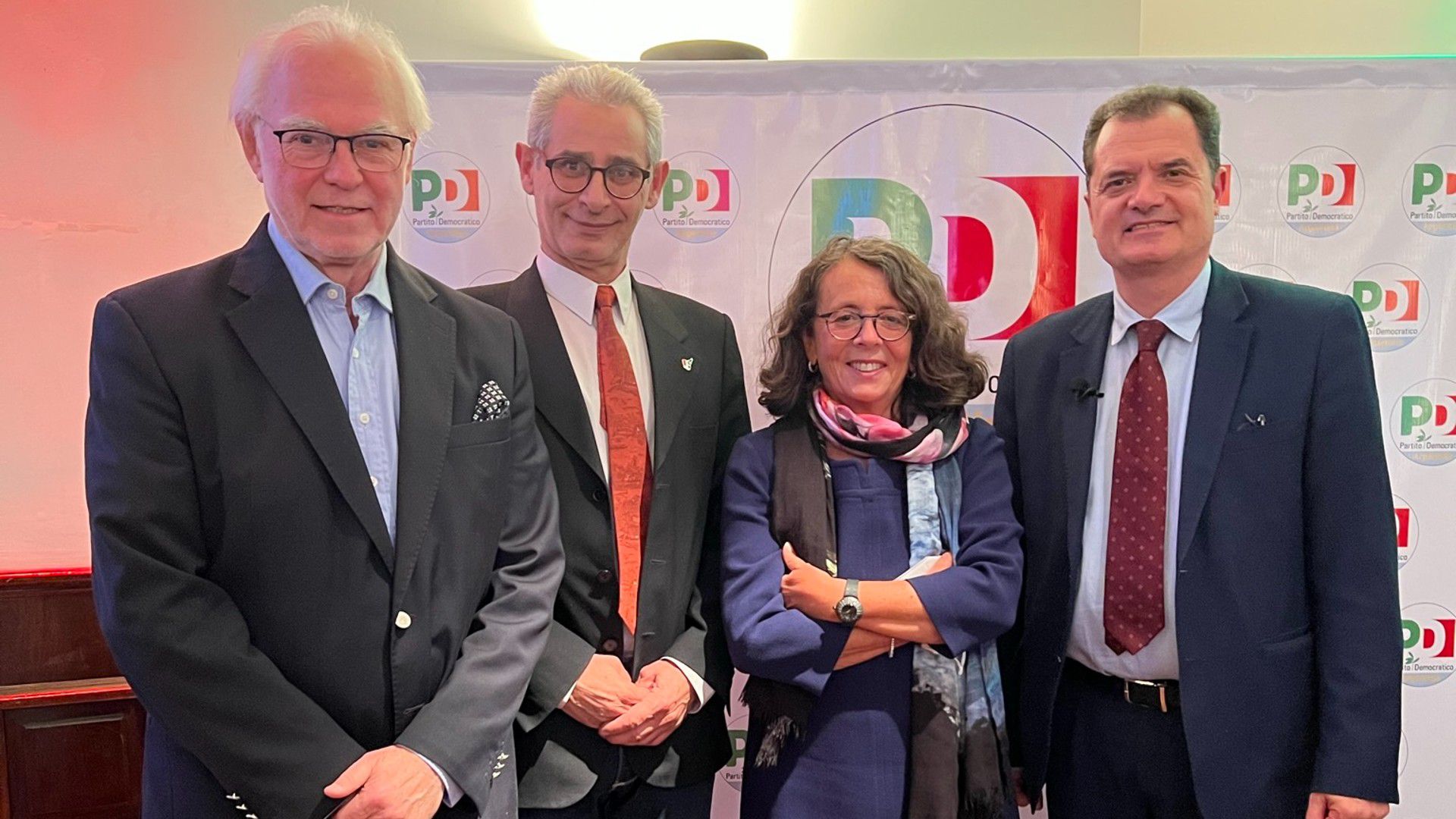 The Democratic Party (PD)the main center-left formation of Italypresented this Tuesday in Buenos Aires their candidates in Argentina ahead of the elections on September 25in which almost 800 thousand Italian-Argentines will be able to vote to elect one senator and two deputies.

The event at the Circulo Italiano in Buenos Aires was attended by the Vice Minister of Foreign Affairs of Italy, Marina Serena; the senator Fabio Gate Y the secretary of the PD in Argentina, Daniel Antenucci.

The Italian-Argentine candidates of the PD were also present: mario sebastiani, a renowned specialist in obstetrics and professor at the Italian Hospital University Institute, who heads the list for the Senate, and Salvador Finocchiaro, president of the Sicilian Emigrants and Family Union (Usef) and member of the Rosario Committee, who is running for Deputies.

Sebastianiwho is also vice president of the Italian school “Cristoforo Colombo”, recalled his childhood in which he “breathed Italy” thanks to his parents and He called on Italian-Argentine citizens to participate in the vote.

“Citizenship is not just wanting to enter the United States without being asked for a VISA. A citizenship is pure Italianity. It is our commitment as a party. That is why I ask everyone as a civic duty to go vote. Listen to how the other parties speak and how we speak. Note the difference and think about what you want for Italy in the world”, said Sebastiani.

“Italy has to see that outside of Italy there is another Italy that has human, economic and intellectual resources”Finocchiaro added. For this, he cited as proposals the subscription of a Italian-Argentinean agreement for the homologation of titles of both countries and the improvement of consular attention. “The Democratic Party is standing on the side of the proposals. We have the resources to take them forward,” he said.

For its part, Sereni, Porta and Antenucci warned about what they consider to be the danger of the advance of the “extreme right” next September 25.

“It is a moment of inflection so as not to lose rights”, warned Antenucci.

Sereni assured that we were facing “to a difficult and complex battle” and exposed the platform of the Democratic Party highlighting its pillars: education, ecology and inclusion.

“It is a radical, extreme right, which speaks the language of (Jair) Bolsonaro, of (Donald) Trump, of (Viktor) Orban in Hungary, who question everything”, said Sereni in reference to the coalition led by Giorgia Melonipost-fascist party leader Brothers from Italywhich leads the voting intention polls.

Without naming them, the official and leader of the PD drew a division between a “we and them”to differentiate itself from the alliance between Brothers of Italy, forza italythe liberal party led by former premier Silvio Berlusconiand the extreme right League of Matteo Salviniwhich he defined as a “hard right to digest”.

Sereni also considered that the extreme right questions “basic rights” among which he mentioned labor rights, women’s rights, diversity rights, including Italy’s membership in Europe. That is why he considered that it is a “crucial for Italy” election.

“Here is the most important Italian community abroad”maintained Sereni in reference to the 768,000 Italian citizens who can vote in Argentina. “What happens in Italy also affects you”he added, stressing the importance of participation. “We envision a world in which Italy and Argentina can grow together in fields such as research, creativity, and business. There are enormous potentialities that we must make the most of”.

Along the same lines, Porta assured that with this right he doubts “the serious representation of Italians in South America”.

The Italian-Brazilian senator, who regained his seat after the decline of an elected parliamentarian in Latin America accused of fraudalso warned about the need to monitor the transparency of the vote.

“Our adversaries are looking for new ways to commit fraud”he alerted. “Each one of us must be vigilant, the vote is defended by being vigilant”.

Porta also denounced what he described as fake news campaign” that tries to create confusion in the Italian descendant electorate, scaring them with the threat of losing the right to Italian citizenship in case of victory of the Democratic Party.

The PD supports the jus scholaea bill that would give citizenship to foreign minors with 5 years of schooling and seeks to solve the problem of thousands of young people born and raised in Italy who, however, by law are not Italian. A principle thatassured Porta and Sereni, is not incompatible with the “ius sanguinis”which allows Italian descendants to obtain citizenship.

In addition to Sebastiani and Finocchiaro, in South America the PD is also running for Andrea Matarazzo (Brazil) for the Senate and Antonella Pinto (Venezuela), Filomena Narducci (Uruguay) and his own Holder (Brazil) for the Chamber.

The former premier’s PD Enrico Letta It maintains its alliance with Senator Emma Bonino’s +Europe and hopes to incorporate leaders who are dissatisfied with the Five Star Movement, the force pointed out as being responsible for the fall of Prime Minister Draghi’s government.

With the elections next month, Italy will elect 400 deputies and 200 senators to renew the entire parliament and start the process leading to the vote of a new prime minister.

The constituency of South America must elect two deputies and one senatora lower number than in the last elections due to a reform that cut the seats in Parliament by a third.

In Argentina will be able to vote 783,204 voters, What are they more than 50% of the total of the South America constituency. In Italy only three cities exceed that number of voters: the capital Rome, Milan Y Naples. The total number of voters in the constituency is 1,535,718 people.

Voting is by mail and All those eligible to vote will receive the envelope at their home address. The envelopes will begin to arrive from September 5 and the deadline is September 22 so that the nine consulates of Italy receive the vote of each citizen qualified in the register.

In addition to the PD, the lists that belong to the Unione Sudamericana Emigrati Italiani (USEI), Associative Movement of Italians Abroad (MAIE), Civica Popular (COP), the Five Star Movement (M5E) and the coalition forza italy, the lega Y Brothers from Italy.

(With information from Telam)