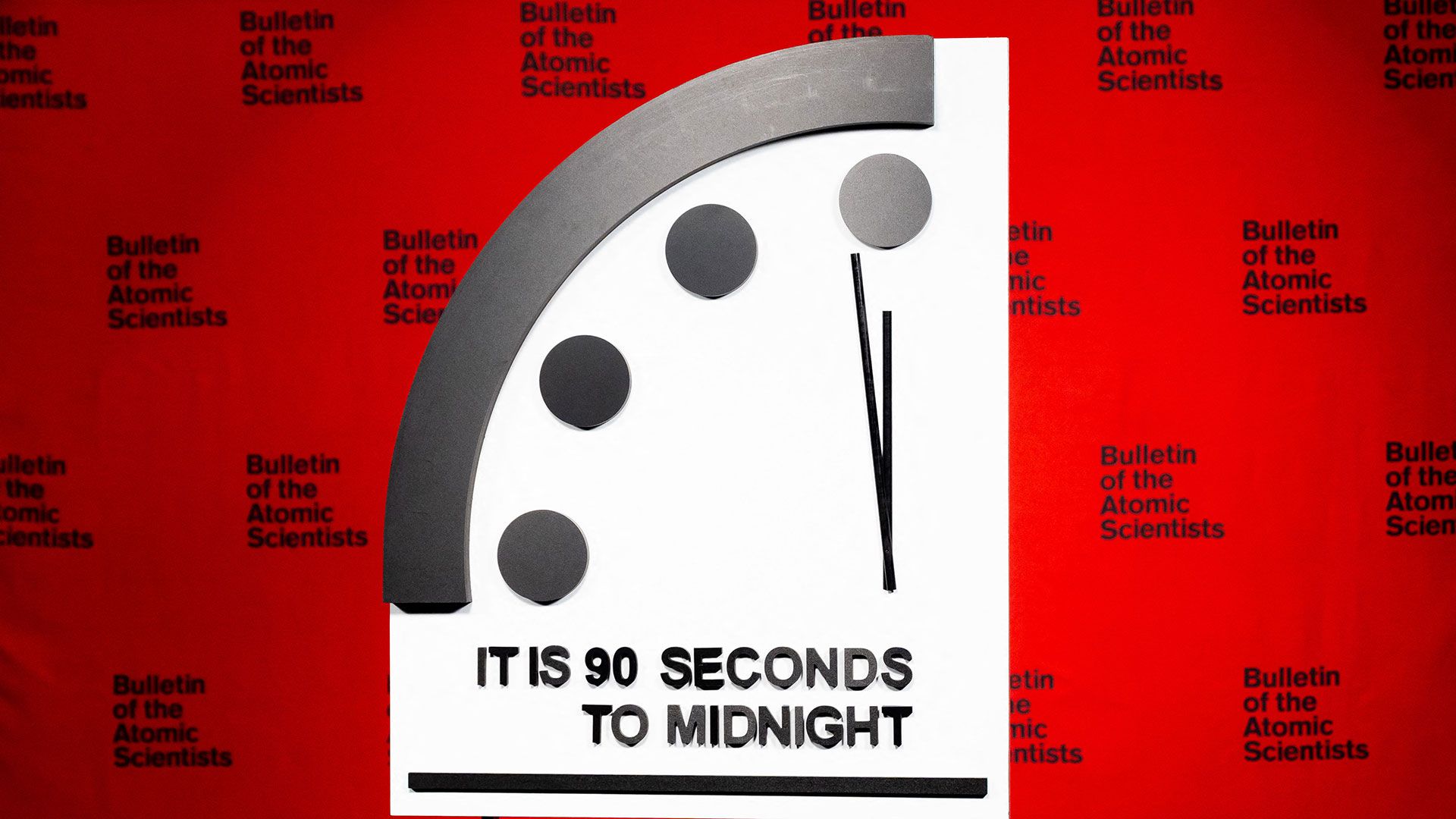 The Doomsday Clocka symbolic tool created by scientists to visualize the probability that humanity will disappearis this year at 90 seconds to midnightthe closest he has ever come to marking his final hour.

The decision, announced this Tuesday by the Bulletin of Atomic Scientists – the organization that has been in charge of managing the Clock since its creation in 1947 – was motivated in large part by “the growing dangers of the war in Ukraine,” explained the president. of the group, Rachel Bronson, at an event in Washington.

It is the first time in three years that the Bulletin has decided to change the clock time, after placing it at 100 seconds from midnight in 2020, where it had remained until now.

The announcement on Tuesday focused, as planned, on the Russian invasion of Ukraine and the nuclear threat after the statements of the Russian president, Vladimir Putinwhich has hinted on several occasions that it would be willing to use atomic weapons.

Bronson also warned that Russian misinformation about the possibility that Ukraine is planning biological weapons attacks “causes concern that Russia is considering using weapons of this type.”

Although the war was the main reason why the Bulletin scientists decided to move the hands of the Doomsday Clock, other reasons, such as the risk of new pandemics after COVID-19, the dangers of climate crisis wave lack of an agreement to return to the nuclear pact with Iran also contributed to the decision.

Paul IngramResearch Associate at the Center for the Study of Existential Risk at the University of Cambridge, who is not among the scientists who decide the position of the clock, said that if a nuclear war broke out, billions of people would die due to subsequent effects on climatewhich could cause mass famine and other disasters.

“It is not only about the risk of detonations, explosions and radiation, which everyone knows, but about the global weather effects that probably would kill more people in a nuclear warprobably billions,” he told the news agency Reuters.

However, Ingram said there is hope amid concern over the disaster.

“I think that as the threats increase and as we become more aware of them and understand them better, there is hope“, he claimed. “I think there is more and more awareness, I detect, that continuing as before is not an option.”

The current situation is worse than 1953when the clock struck two seconds to midnight during one of the most tense periods of the Cold War, when both the Soviets and the Americans conducted their first thermonuclear weapons tests.

The Doomsday Clock was devised by a group of scientists, many of whom worked on the project to build the atomic bomb but they were opposed to its use against people.

The board of directors participates in the decision about the time that the clock shows. Science and Safety from the Bulletin of the Atomic Scientists -the group founded by Albert Einstein and other academics to alert the world to the danger of nuclear weapons – and a board of patrons, which includes eleven Nobel laureates.

Since 2007, the watch has included in its valuations the deterioration of the planet due to global warming and the climate crisis.

A digital scanner revealed the secrets of a 2,300-year-old mummy

They assure that the inner core of the Earth has slowed down: what repercussions can this phenomenon have

An iceberg 15 times bigger than Paris broke off from Antarctica