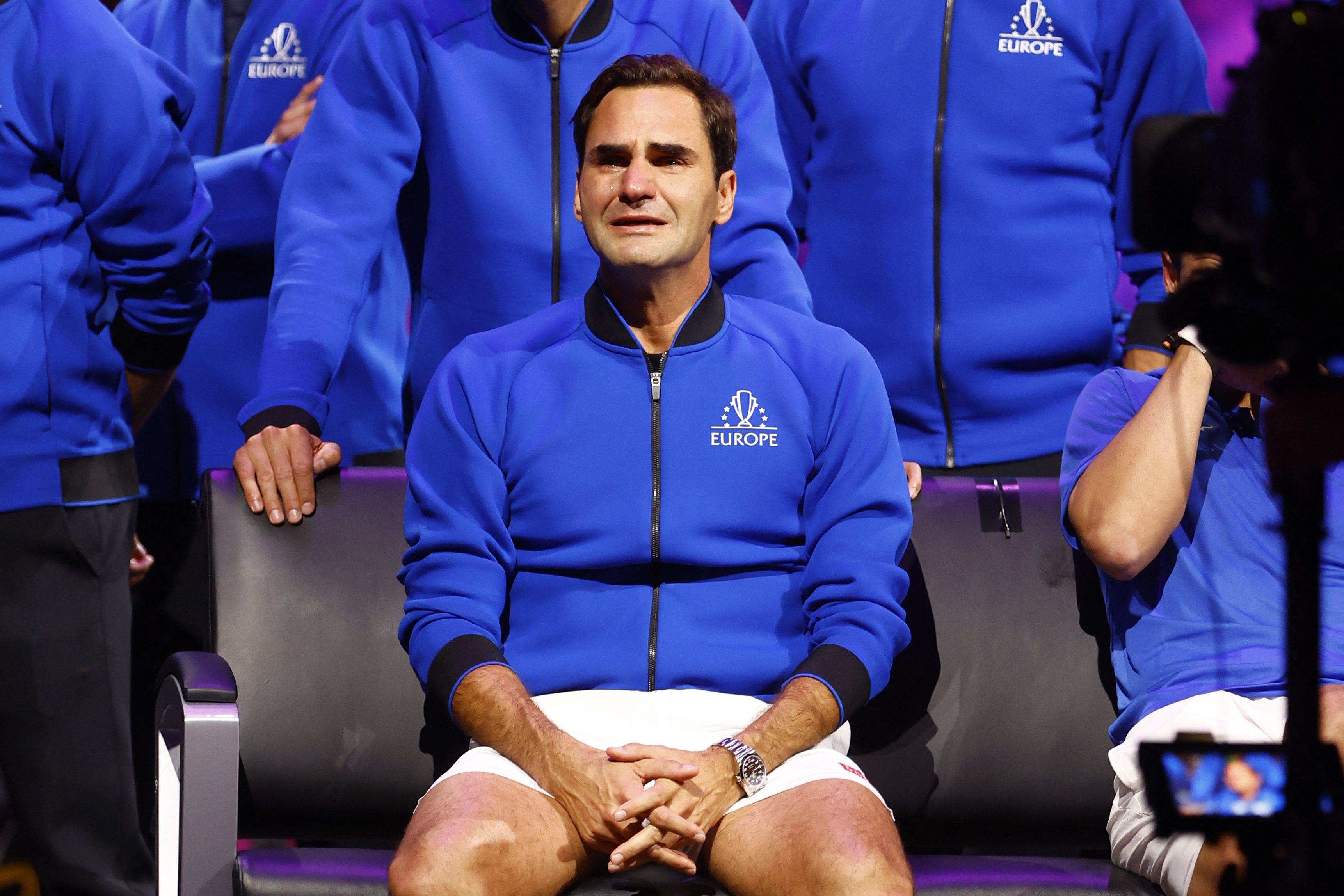 On September 23, 2022, it will go down in the history of world sport as the day Roger Federer played his last match as a professional. In the O2 of London, for the first day of the Laver Cup that pits the European team against the Rest of the World, the man who knew how to dominate tennis for 237 consecutive weeks as number 1 on the circuit said goodbye.

Accompanied by his historic rival, Rafael Nadal, the Swiss tennis player and the Spanish fell to the Sock-Tiafoe duo 4-6, 7-6 and 11-9. The result of this match will be an anecdote in the day that confirmed Federer’s departure as a professional. Once the game was over, the winner of 20 Grand Slam titles took the microphone and spoke for the thousands of people who were able to witness his last performance.

When the action was over, he couldn’t hide his excitement. Tears welled up. Despite that, he went to greet each of his classmates. And also from his rivals. “It was a wonderful day. It’s great to be here. I enjoyed putting on my sneakers once again. May everyone be here, friends, family, colleagues. The match was great. I can not be happier. And play with Rafa on the same team. Thank you all ”, were the first comments from him after the official withdrawal.

With emotion on the surface, Federer could not hold back his tears when it was his turn to talk about his family. “It was a perfect trip. I’d do it all over again like I did. Thanks to everyone here and around the world. My parents are here, the boys, the girls, my parents. We’re going to get through this somehow. I told the guys I’m happy, I’m not sad,” she added.

In his final speech as a professional tennis player, the Swiss, who won 103 tournaments in his glorious career, dedicated some heartfelt words to his wife Mirka. “She let me play, she didn’t stop me many years ago. Thanks to my parents. Thank you all, there are so many people to thank, ”she reflected.

“I was just happy to play tennis and spend time with my friends. I had a great time. Thank you all for cheering me on,” she told People as she couldn’t stop crying. “I didn’t want to feel alone. I felt like I was part of a team. Traveling around the world with them was great. They were all amazing. Play all these Laver Cups. I want to feel this as a celebration, not the end”, she added in her last words before greeting the entire London crowd for the last time.