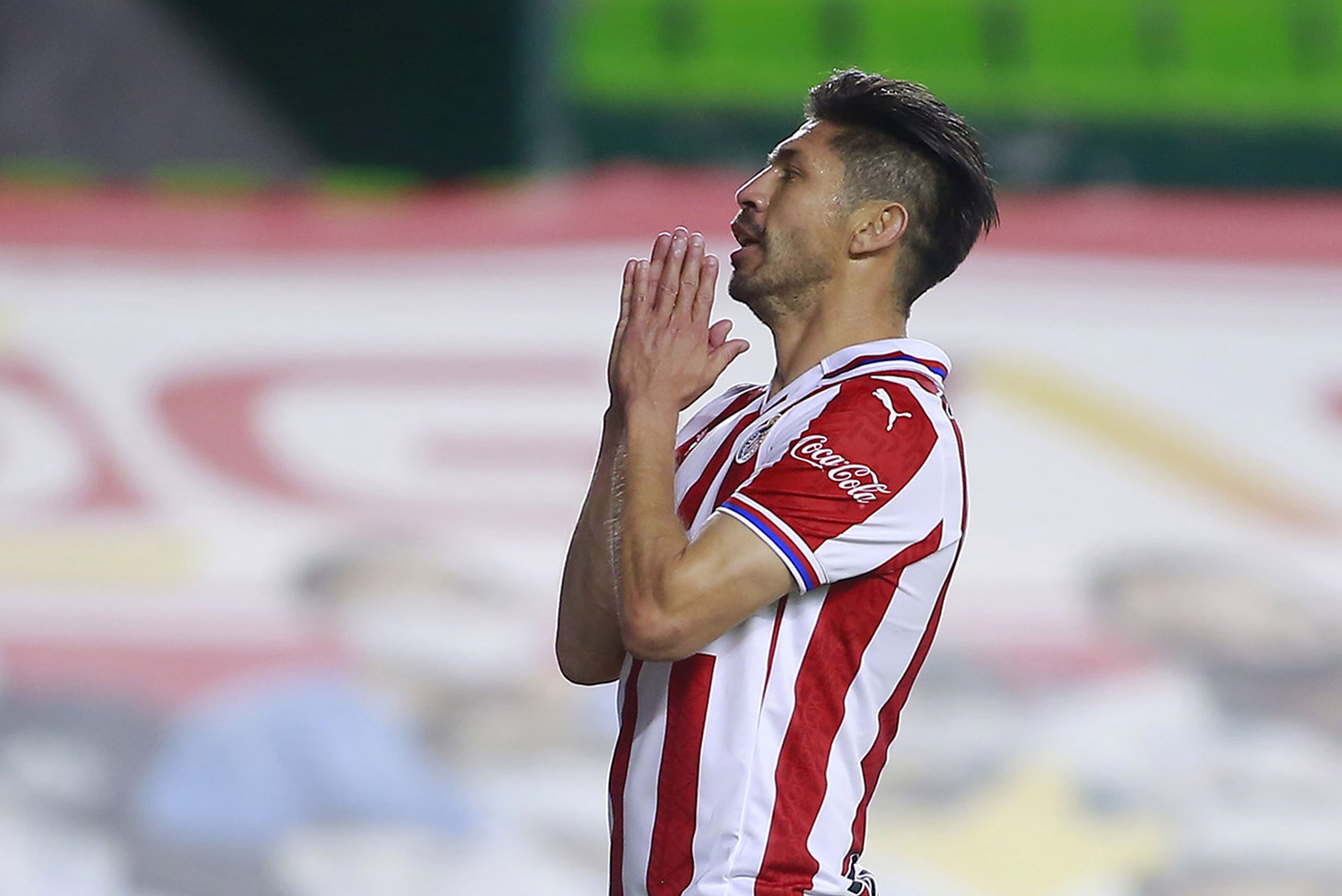 The Chivas de Guadalajara made official the departure of Oribe Peralta from the Guadalajara campus. Through their social networks, the rojiblanco team uploaded an image in which the player could be seen accompanied by a legend “Success Oribe!”. In the publication, they also wished the best for the footballer: “We wish you the best on your way and in everything you decide to undertake”. While Peralta for his part, shared a farewell letter.

Thus, the Handsome Peralta uploaded an emotional message to his official accounts in which he thanked the club members, teammates and Jalisco fans: “I want to take this space to express my deep gratitude to Chivas for opening the doors of its institution to me and for the trust placed in me over the last two and a half years. My respects and best wishes to each of the members of Club Deportivo Guadalajara to continue cultivating success ”.

The veteran arrived at Sacred Flock in june 2019 from the staunch rival, the Eagles of America. The Jalisco team sought to make use of the footballer’s services to achieve the objectives set at the beginning of the Clausura of that year and simply did not reach the goals set in the medium and long term.

Peralta also wrote: “To my companions team, special thanks for giving me the experience of joining efforts with 100% Mexican talent. Thank you for your openness and brotherhood. I am sure that football will be responsible for fairly rewarding the constant work and dedication that characterizes them. Keep on giving your all, don’t let up! ”.

With the Chivas Striped he managed to score two goals in five tournaments. So the scoring fee did not go hand in hand with the player’s salary.

Recently, according to information from Salary sport, Peralta charged MXN 28 million pesos annually. Also, according to sources ESPN, the departure of the player led to the directive of the Chiverío looked for a way to slim down the payroll. Therefore, added to Peralta, Hiram Mier and Toño Rodríguez would also be in the spotlight to leave the institution.

With whom he was grateful Olympic medalist in London 2012 It was with the fans, as he also left them a message of gratitude: “To the fans: unconditional, thank you for your company and support in this, as in all my stages. From the heart, they are worth gold! ”.

He also wrote that in the following days the footballing future he will have will be known. The options for the Coahuilense are different: play for MLS, Liga MX teams that accept the player with a salary reduction or the definitive removal from the fields. At 37 years of age, the look at her hanging up her boots does not seem far off, although Oribe has not commented on the matter.

The Peralta career he was captured of triumphs nationally with clubs and internationally with the The Mexican Futbol selection. With Santos Laguna, institution and club of his loves, got two titles of Liga MX in 2008 and 2012. Later it was transferred to the Azulcremas where he also won a league double in 2014 and 2018. In addition to this, he won the bichampionship of the Concacaf Champions League on 2015 and 2016.

With the Tricolor was a benchmark. In 2012 it touched the sky, as it obtained the gold medal with his colleagues in the London Olympics of that year. In the final he scored a double against Brazil that was worth to be in first place in the tournament with an age limit. The Canarinha could not succeed despite having figures like Neymar, Marcelo, Hulk, among others. A year earlier the gold medal in the Pan American Games of Guadalajara 2011.