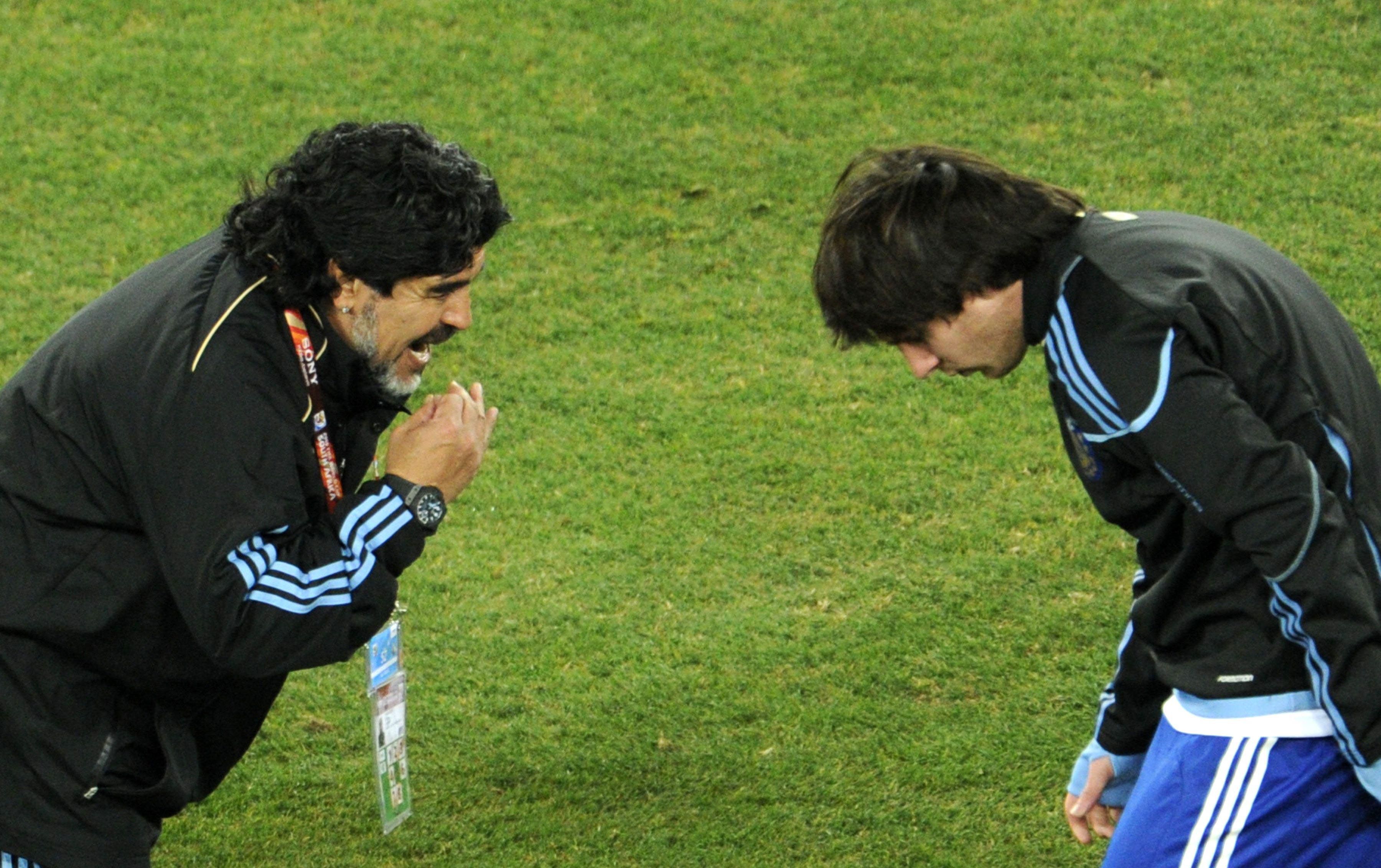 This Thursday marks a year since the death of Diego Armando Maradona and as expected, Lionel Messi, expressed his pain on social media. The current player of the Paris Saint-Germain (PSG) many times designated as the great heir of the Ten, wrote in his accounts a brief but concrete message of what Pelusa means to him, with whom he even shared several years in the Argentine national team, when he had him as a coach between 2008 and 2010.

“Eternal Diego”, wrote the former Barcelona in a publication that accompanied an image of him with the special shirt that the Albiceleste wore in June when they faced Chile in Santiago del Estero for the Qualifiers. That was the first time that the National Team played an official match since the departure of Maradona and that is why a patch with the image of the star was placed on the jacket.

In turn, in the interview that The flea toasted with the newspaper Mark and which was published this week, evoked the memory of the 1986 world champion captain in Mexico, who was also one of his idols. First he regretted that Diego could not see the coronation of the Lionel Scaloni team in the last Copa América: “It seems incredible that a year has already passed and it also seems on purpose that just when he is not there, Argentina after so many years, is once again champion”.

“The truth is that the feeling is strange, it’s like not believing. Always thinking that at some point you will see it on TV, in an interview or giving your opinion about something. A lot of time passed and it seems that it was yesterday when it happened ”, confessed the Rosario star who referred in a meaningful tone when referring to Maradona.

In this sense, he insisted: “The truth is that I will always keep the best memories that I was lucky enough to share with him.” It is worth remembering that they spent a great time together when Pelusa was the coach of the national team between 2008 and 2010, being he who gave the captain’s tape to Leo, which has never been removed since then.

On November 28, 2020, Messi had already paid a special tribute to the idol when, playing for Barcelona, ​​he scored a goal against Osasuna. After its conquest, The flea he took off his shirt Blaugrana to shine the one you used Diego during his days in Newell’s, prior to world from USA. The funny thing is that the Rosario had not commented on it to anyone so that his tribute is not leaked. It was a beautiful pose that got all the ball lovers excited. its