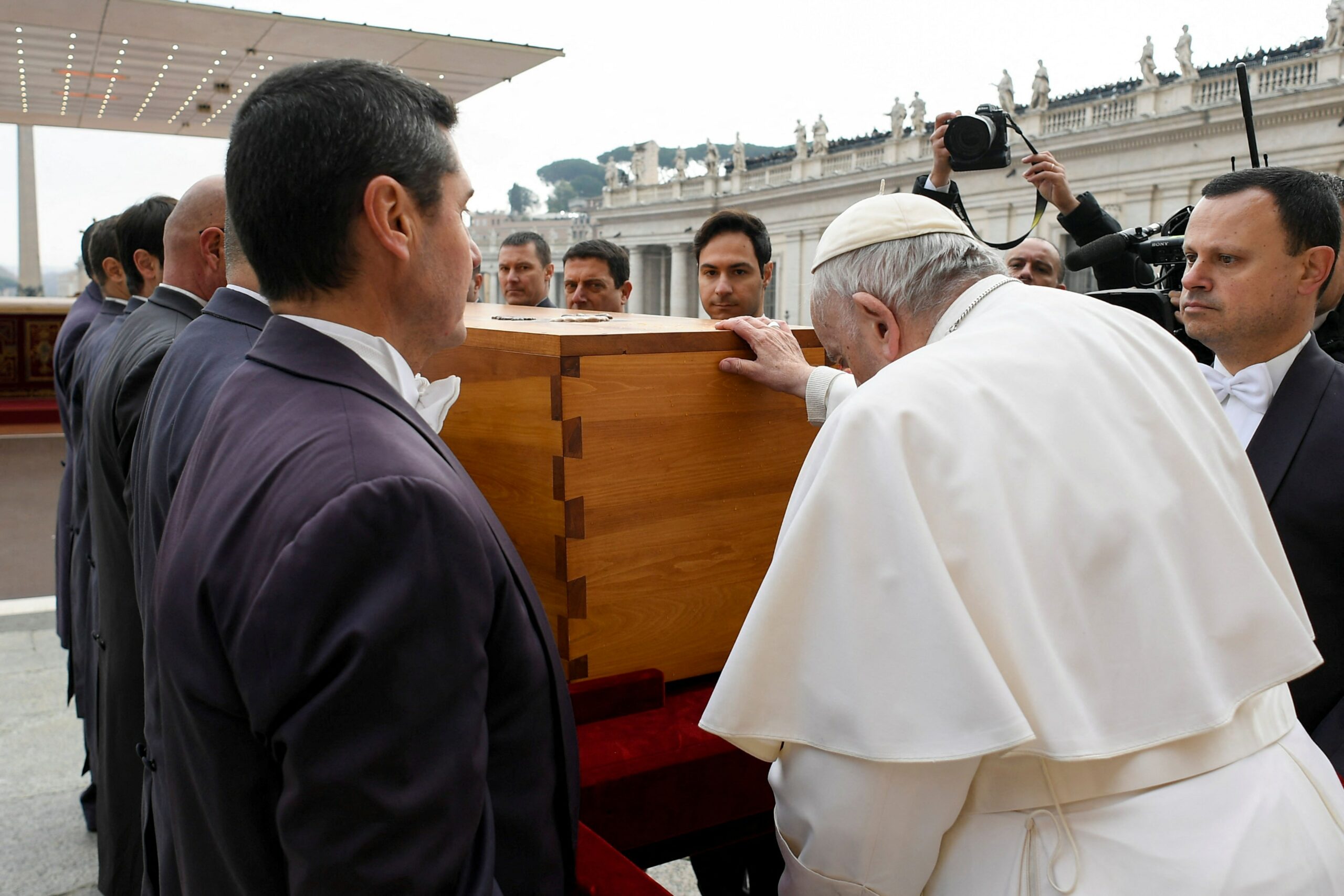 With the powerful image of Francis placing his hands on the coffin of his predecessor, Benedict XVI, after the funeral the “age of the two popes” concludes, in which, after an initial moment of surprise, an important balance was achieved between the two areas of the Church, one more progressive and the other conservative. Now, after the death of the emeritus, a new phase of the pontificate opens.

Francis always appreciated the presence of Benedict XVI, who “in silence all these years supported the Church”, who was like “a grandfather at home” and that when the members of the most conservative wing tried to “use” the pope emeritus against Jorge Bergoglio, it was Joseph Raztinger himself who stopped them.

“The historical contingency that has seen two successors of Peter coexist at the same time has configured a unprecedented institutional situation for the Church, which can also be tricky. Maybe someone thought to take advantage of it, and maybe even tried to sow confusion. But he was unsuccessful in his attempt…”, summarizes the Secretary of State, Cardinal Pietro Parolin, in an interview published today by the newspaper “Corriere della Sera”.

For Massimo Franco, a great scholar of the pope emeritus, journalist and author of “Il Monasterio”, about this unprecedented coexistence, the “beginning of the second phase of the papacy of Francis” has now begun, with the words of the historic secretary of the emeritus, Monsignor Georg Gänswein, in an interview with the German newspaper “Die Tagespost”.

The “truce” of these years seems to be broken when the man who was the closest to Joseph Ratzinger speaks in this medium of a “turning point” in relations with Jorge Mario Bergoglio in 2021: the year in which Francis put several obstacles to the celebration of the mass with the rite in Latin, prior to the Second Vatican Council. To celebrate the “Tridentine” mass it was necessary to ask the bishop for permission.

That meant for the emeritus “a pain in the heart,” said Gänswein, whose words have had an important impact in the Italian media.

“And now that Benedict has died, one wonders if a tougher season of confrontation between the various sectors of the Church is about to begin, of open criticism of some of the elections of the Argentine pontiff and of final confrontation with Don Jorge”, perhaps also using his last interview with the German newspaper, adds Franco today in “Corriere della Sera”.

Franco had announced in an interview with EFE that “Now that Benedict is not here, the rumors of his resignation and the maneuvers to prepare the next conclave will multiply.”

The newspaper “La Repubblica” argues that “for conservative and traditionalist circles, the personality of Joseph Ratzinger has remained a bulwark to stop Bergoglio’s proposals” and “now they feel orphaned”, but also freer.

Even “Il Messaggero”, the only newspaper that Pope Francis reads, today headlines that the “war of currents has already begun”.

“Once the burial of the peaceful Benedict XVI in the Vatican Grottoes has concluded, there are those in the Vatican who foresee that The problems will begin for Pope Francisbecause the greatest risk now will be that of coming face to face with a less compact Church, traversed by micro-fractures, with more or less progressive schisms”, he adds.

The two clear examples in this new battle between factions are that of the German church, where the synodal process initiated three years ago by the bishops is turning into a revolutionary movement that hopes that Francis will end the celibacy of priests or approve the ordination of women, as well as the introduction of the blessing of homosexual couples.

LIVE: After a massive ceremony, the coffin of Benedict XVI was buried in Saint Peter’s Basilica

The 20 most shocking photos of Benedict XVI’s funeral

The posthumous greeting of Pope Francis to Benedict XVI