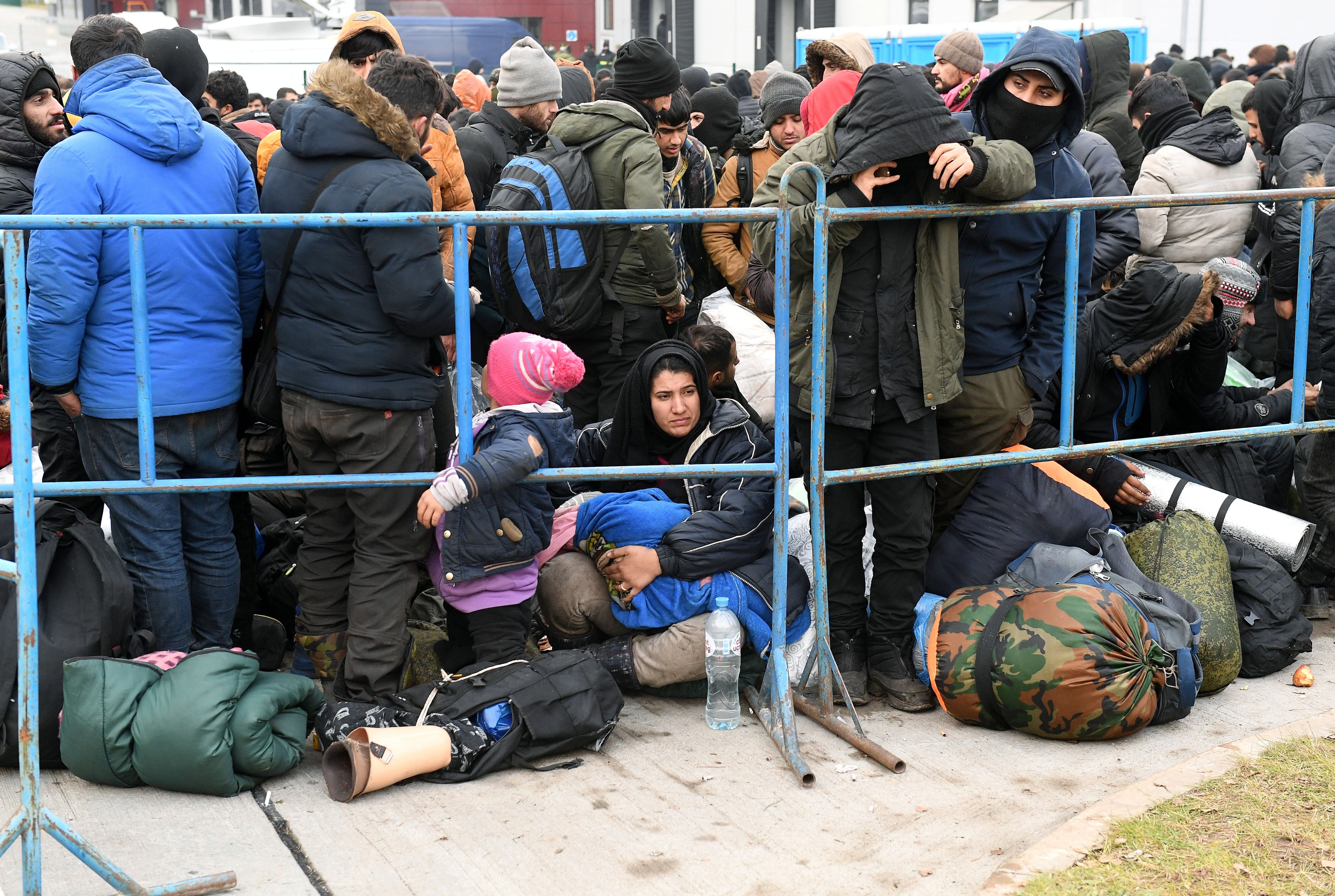 The European Union (EU) announced on Tuesday that it will sanction companies “accomplices” in the transfer of migrants to its borders, orchestrated according to Westerners by the President of Belarus, Alexander Lukashenko.

“Europe is not facing a migration crisis, but rather an attempted destabilization by a totalitarian regime not recognized by the EU”Accused the president of the European Commission, Ursula von der Leyen, before the European Parliament in Strasbourg.

“We cannot accept this attempt at intimidation”, Said the President of the European Council, Charles Michel.

The EU has decided to respond to the migration crisis on several fronts: sanctions on Belarus, humanitarian aid, diplomatic pressure and support for the return of migrants to their countries of origin.

Among the measures, the EU announced that it will ban aircraft leasing from bloc countries to the Belarusian company Belavia.

“Most of the aircraft that make up the Belavia fleet are leased to EU companies”, Underlined the President of the European Council during the plenary meeting of Parliament in Strasbourg, France. “A decision will be made to end this. It is imminent, ”he added.

The European Commission indicated that it had presented a bill to sanction those “companies complicit in the trafficking and illegal smuggling of migrants”, According to its president, the German Ursula von der Leyen.

“These migrants are being deceived with false and infamous promises”, He denounced.

The legal framework will allow to sanction operators from third countries by restricting their operations in the EU, suspending licenses and permits, prohibiting flying over the EU or even making technical stops, explained the Vice President of the Commission, Margaritis Schinas.

Poland, in particular, has faced a large flow of migrants in recent weeks, mostly from the Middle East., towards its border with Belarus.

“This bill will have to be approved by the Member States and the European Parliament,” said Von der Leyen.

The EU has allocated 700,000 euros in humanitarian aid to give urgent assistance to migrants in BelarusWhile the Commission is in dialogue with Latvia, Lithuania and Poland on financial and operational needs and plans to grant another € 200 million to invest in border management.

In addition, it will grant Lithuania 36.7 million euros to support the implementation of asylum procedures and conditions for the reception of migrants.

The Commission, Frontex and the International Organization for Migration are currently working with Lithuania to strengthen the return capacity of migrantswhile Poland has requested the support of the European external border agency, Frontex, to make returns.

The Commission will provide up to € 3.5 million to facilitate voluntary returns of migrants from Belarus to their countries of origin.

Crisis on the EU border: the US accused Belarus of “exploiting vulnerable people who only seek a better life”