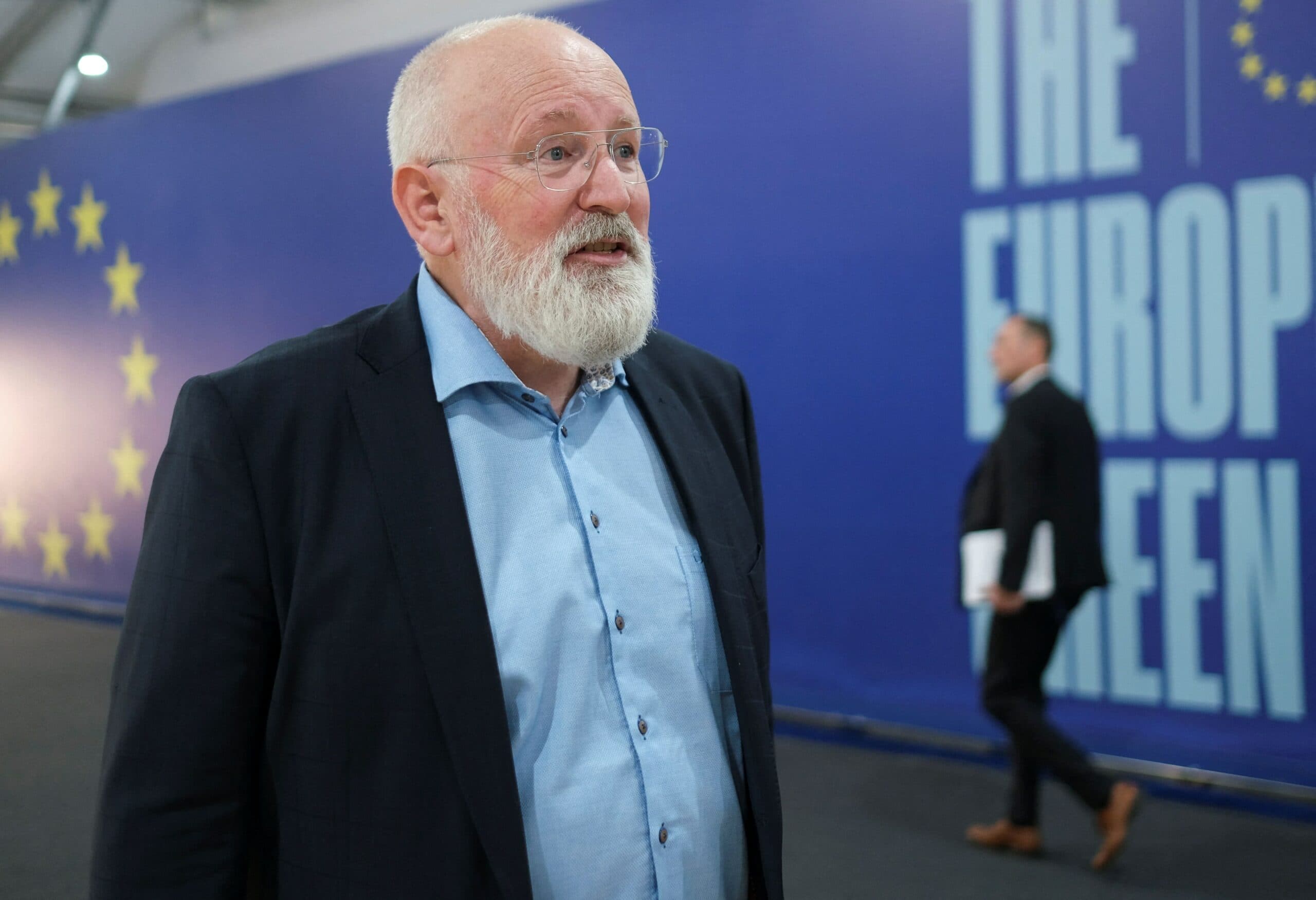 The European Union is “disappointed” by the lack of ambition from the UN climate conference when committing to a further reduction of greenhouse gasesdeclared this Sunday the vice-president of the European Commission, Frans Timmermanns.

“What we have before us is not enough. It does not provide the necessary added efforts for the main emitters to increase and accelerate their emission cuts”, declared Timmermans in the closing session of the COP27 Of Egipt.

The conference won the approval of a climate change loss and damage funda historical claim of developing countries, and which was finally assumed by timmermans in the final stretch of the negotiations.

“We are proud of our contribution to the creation of this fund”, said the vice-president of the European Commission.

“But I ask you to recognize, when you leave this room, that we have not known together to take measures to avoid and minimize those losses and damages,” Timmermans said, addressing the president of the COP27the egyptian sameh shukry.

“We should have done a lot more. Our citizens expect us to succeed in reducing emissions much faster,” she added.

The European Unionbeside USA and numerous developing countries, called for ambitious language in the final declaration of Sharm el Sheikh.

The emissions of CO2 derived from the efossil energy will break records again this year, according to a report released during the COP27.

The final declaration of COP27 is limited to requesting a “rapid, deep and sustained” cut in emissions.

The almost 200 COP members They also reiterated their determination to “continue efforts to limit temperature rise [del planeta] at 1.5ºC”, although without mentioning the need to eliminate the energies of fossil origin.

On Friday, the EU announced that it would agree to the creation of a fund, something to which it was previously reluctant, but conditioned its support for this on the fact that it was directed at countries “most vulnerable” and that its financing would fall “on a broad base” of donors.

That reference would point, although Timmermans did not mention any country, to nations like China, Saudi Arabia or Qatarwith great human and economic development, and whose polluting emissions are already among the highest in the world but which are not donors to the United Nations climate funds, would have to commit to contributing.

“The offer was very clear. We said that we could accept the loss and damage fund, which should go to the most vulnerable countries. We want to help the people who need it most, and fast. And the fund should be based on an analysis of the world today,” he said. timmermans

Global Shield: why the proposal to repair damages from the climate crisis generated rejections at COP27

New debate at COP27: why women are key in the fight against climate change