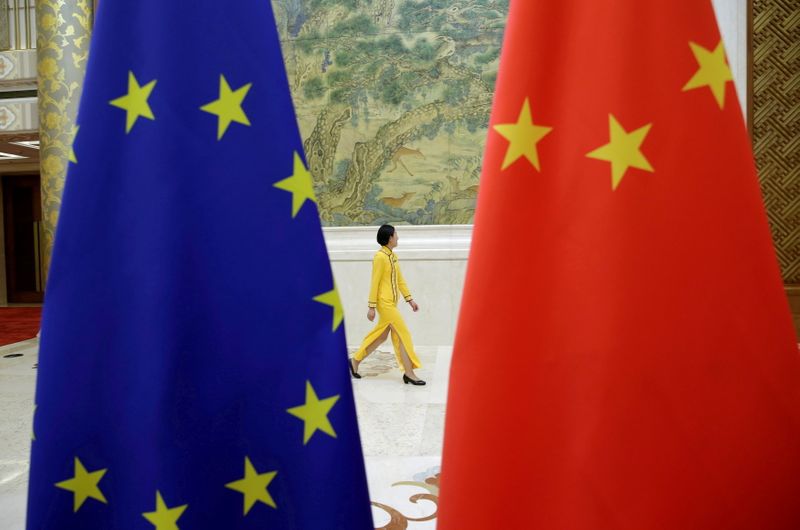 The ambassadors of the European Union (EU) approved this Wednesday the renewal of sanctions against four Chinese officials and one entity from the Asian country as part of the expansion of a black list of human rightssaid two diplomats.

The decision, to be formally adopted early next month, jeopardizes an investment deal between China and the European Union signed at the end of December 2020.

A Chinese representative said last week that there could be no ratification of the agreement until the EU lifted its sanctions, which Beijing considers internal interference.

The EU included the four Chinese officials, including a senior security manager, in its list of sanctions in March for allegations of human rights abuses in the Xinjiang region.

The EU sanctions on China are the first significant “restrictive measures” since the arms embargo imposed by the EU in 1989 following the crackdown on democracy in Tiananmen Square.

The EU accuses Chen Mingguo, Director of the Xinjiang Public Security Bureau, of the mass arrests of Muslim Uighurs in northwest China. The bloc holds him responsible for serious human rights violations.

The sanctioned entity was the Xinjiang Production and Construction Corps Public Security Bureau, which, according to the EU, was responsible for “Large-scale arbitrary detentions and degrading treatment” of Uighurs.

The European Union asked the Chinese authorities for “verifiable evidence” of the freedom of movement of tennis player Peng Shuai and a “transparent” investigation of her allegations about the sexual abuse of which she claims to have been a victimsaid a spokeswoman in Brussels on Wednesday.

“We have seen the statements attributed to Peng Shuai and the images of his public appearance. Nevertheless, the information about the abuse allegations and the fact that she has not been seen for two weeks is still very worrying“, said Nabila Massrali, spokesman for EU diplomacy, in a communication with the news agency AFP.

“We are not in a position to comment on the allegations themselves, but we ask for a full and transparent investigation”He added. “Requests for reliable information are legitimate,” insisted Massrali in response to the Chinese authorities’ call not to “politicize” or “expose” the case.

“We continue to call on the Chinese government to provide independent and verifiable evidence of the tennis player’s well-being and whereabouts. We hope that soon he will be able to resume his sporting and non-sporting activities ”, he concluded.

The US will hold a virtual summit for democracy: it excluded China and invited Taiwan