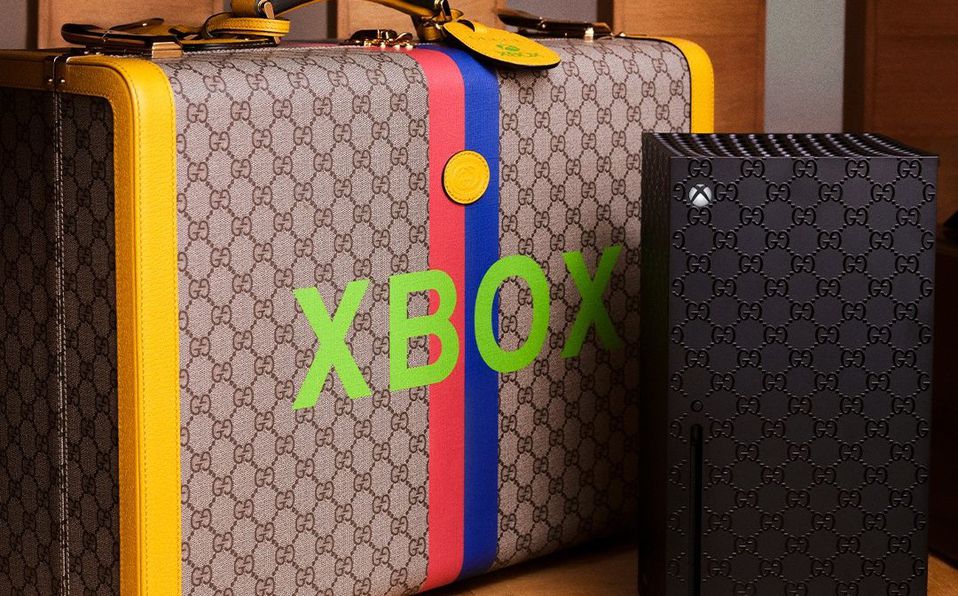 The famous Italian fashion brand, Gucci, he joined to Microsoft to launch a Xbox Series X special edition on the occasion of his 20th anniversary in the video game industry.

The console that will include two wireless controls as well as a special briefcase to store and transport them was revealed this November 12. In the images shared by Gucci on their social networks, the conjunction of both brands is observed.

Although the limited edition pack features red, blue, yellow, brown and the fashionista brand design that stands out for its diagonal lines, the interior retains the iconic Xbox green. Also, on the back of the conveyor and the belt are engraved the name of the Microsoft console.

As if that were not enough, those who purchase the luxurious special edition will be able to enjoy a few months of Xbox Game Pass Ultimate, in which they will be able to play hundreds of titles that include releases like Forza Horizon 5.

“In the centennial year of Gucci and Xbox come together to celebrate their respective anniversaries by creating 100 numbered Xbox Series X consoles,” Gucci wrote in his post.

Only 100 units of the luxurious package will be produced to increase its exclusivity. For whom money is not a limitation to demonstrate their taste for video game and high fashion will have to be very aware.

The cost will be $ 10,000 per package and will be available from November 17 through the official Gucci website. In some countries such as Mexico, some units will be sold in the physical store, located in Polanco. Other countries that will have it for sale in physical establishments are Japan, the United States, China, Italy, Germany and England.

According to Gucci, the design of the console was achieved with laser and is a recreation of the original pattern of the brand, which has been recognized since the 1930s. The letters GG refer to the name of the designer Guccio gucci, who founded the brand, as well as the phrase “Good game”.

It should be noted that Gucci has had several collaborations within the world of video games. Some of their contributions are: Gucci Ladybug, Gucci Conga Master, Gucci Grove, Gucci Mascara Hunt, Gucci Surf, Gucci Lips, GG Psycodelic and Gucci Bloom, they are all free games and can be found on their official platform: https: // www.gucci.com/es/es/st/gucci-games.

Secondly, Xbox, for its celebration of 20th anniversary will hold a special event this November 15 with a digital broadcast for fans around the world to enjoy.

Although will not reveal new games, the celebration has prepared several surprises that have not yet been detailed by the company.

“We hope that you will join us to celebrate the 20 years of Xbox historyWe will continue to work hard on the road ahead and for the next 20 years, ”Microsoft said.

Titles that arrived this November on Xbox Game Pass

As every month, new titles are released, this month, Age of Empires IV arrived; Minecraft; Forza Horizon 5. Microsoft Flight Simulator: Game of the Year Edition will be released on November 18; Master Chief returns with the December 8 release of Halo Infinite.

They have also expanded the following games: Minecraft: Caves & Cliffs Part 1, Sea of ​​Thieves: A Pirate’s Life, State of Decay 2: Homecoming, Grounded: Hot and Hazy and Season 8 of Halo: The Master Chief Collection.

Twitch came to the Nintendo Switch store for free