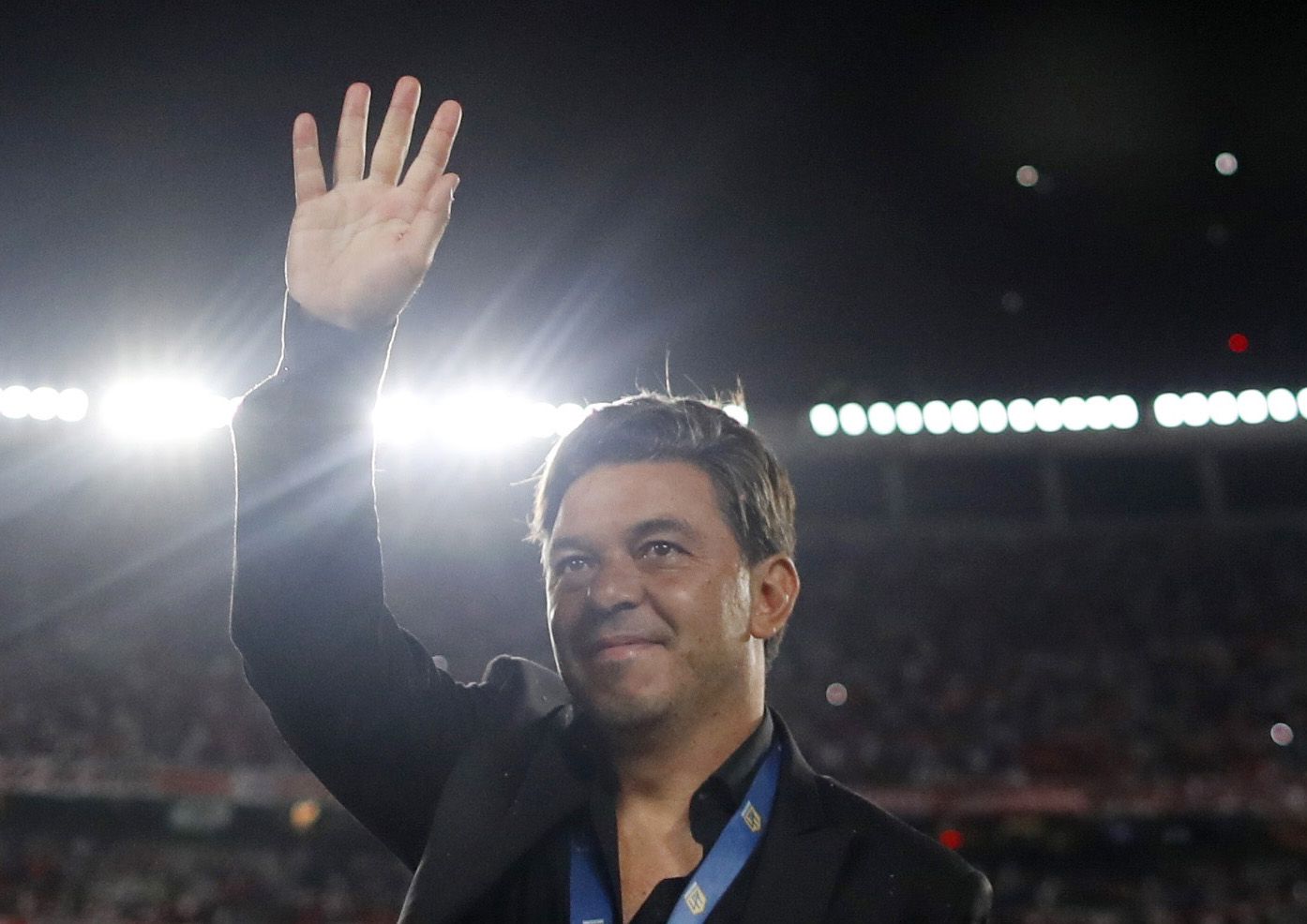 The new title he got River plate on the Professional League three dates before its completion has millionaire fans with a smile on their faces. But what the fans do not measure for now is that it could have been the last celebration of Marcelo gallardo in the stadium Monumental by leaving incognito his continuity after seven and a half years in office. From the other side of the Río de la Plata, they rub their hands with the possibility of keeping the Doll.

Once again, the winning coach of 13 national and international championships with the Núñez team was linked as the successor of Oscar Washington Tabárez in the selection of Uruguay. Several local media woke up the morning following the consecration with rumors of a possible negotiation between Gallardo and the AUF. According to the medium The country, the opportunity to lead the Light blue in a World Cup it would be the final recognition you need the doll to make the leap to Europe. “The extra prize that Uruguay gives to Marcelo Gallardo”, the article is entitled.

What they argue from the neighboring country is that no local championship, Libertadores or Recopa Sudamericana can be compared with a good performance in the next World Cup that will take place in Qatar at the end of 2022. One of the points to keep in mind is that Uruguay is currently out of the classification or for the playoffs in search of a ticket to the maximum tournament in the world of football. With 16 units it is one point below Peru, currently in the repechage zone.

Also, the diary The Observer He also joined the wave of rumors and explained that the AUF already had a conversation with Gallardo’s representative. Nevertheless, not satisfied with the meeting, they will seek to send emissaries to Argentina to chat directly with the technician. Ignacio Alonso, president of the Uruguayan Football Association, has already met with the leaders and the decision was unanimous with the Doll who also knows the country having played and directed in National before making the jump to River Plate where he achieved all his fame as a coach.

Jorge Casales, a member of the executive panel of the AUF spoke this Friday with the Good Day program and gave clues about what the Celeste intends. “In money we cannot compete. We must go to seduce him with a project and access to glory from the point of view of a national team and a World Cup. There are chances to seduce him ”, he revealed. And he added about the salary he receives in River, difficult to match: “We are going to make the economic effort that the Uruguayan Football Association can. Nor are we going to embark on something that in a certain way overwhelms us with figures that we cannot assume ”.

On the other hand, the Millionaire still has three dates of the Professional League against Rosario Central, Defense and Justice and Athletic Tucuman where he will seek to continue increasing his undefeated streak. Dated for Sunday, December 18, he will face Colon of Santa Fe on the Champions League and he waits for the winner of the Argentine Cup to once again star in the Argentine Super Cup.

River Plate will play two finals after obtaining the League: the historic title that Gallardo could win and a new Superclásico?

FIFA raffled off the new playoff keys for the Qatar World Cup: who will the qualifier of the South American Qualifiers play against