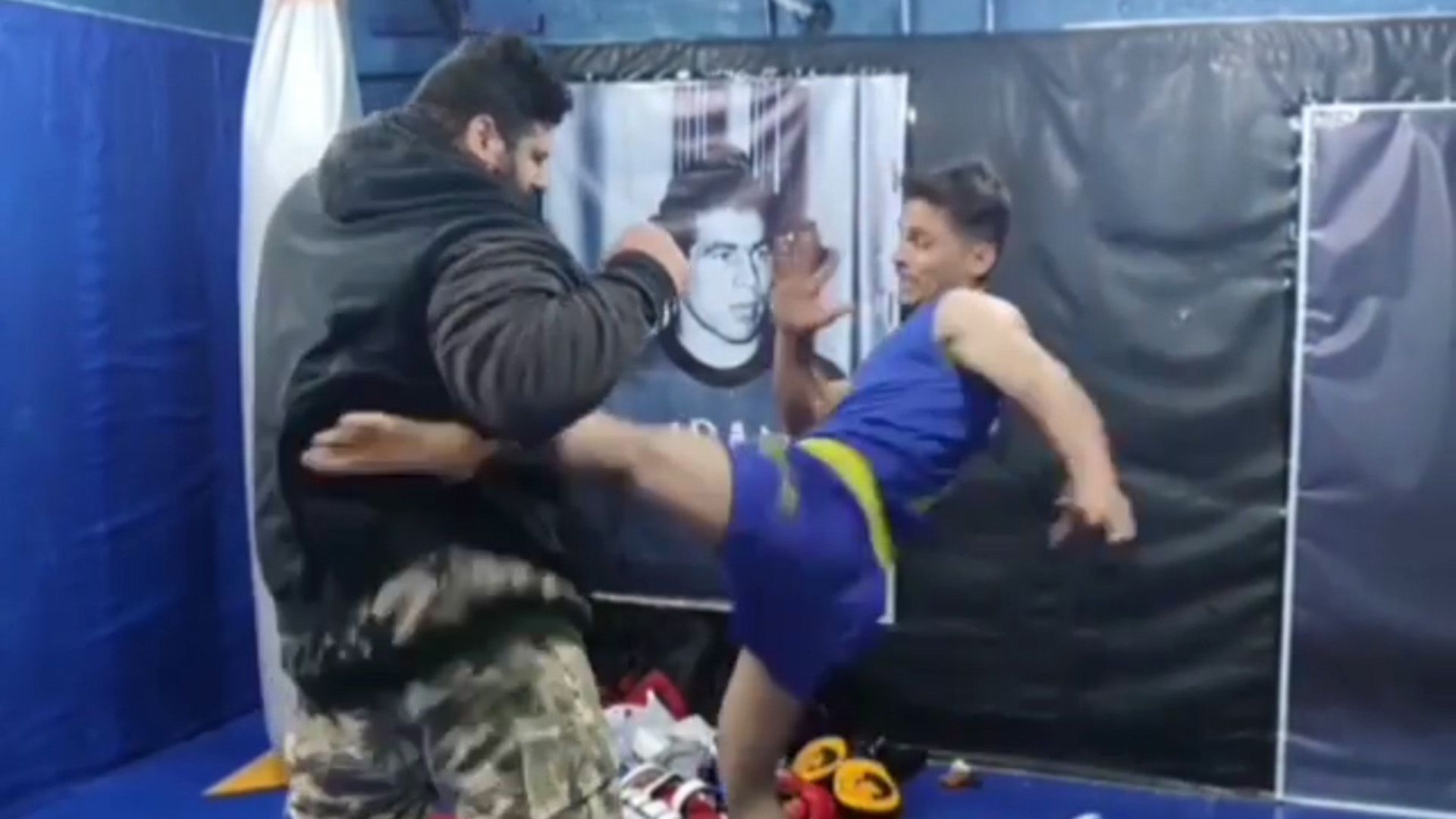 Sajad gharibi, known worldwide as the Iranian Hulk, He had another irruption in his social networks, where his followers went crazy with his particular forms of training. The bodybuilder of 29 years old, 175 kilos and 1.88 meters tall showed how he prepares for the fight he will star on April 2 at the stadium London O2 against english Martyn ford, a world figure of mixed martial arts. The new video uploaded by the Asian giant, as usual, went viral.

In this case Sajad was exposed to extreme practice, in which he received many blows from his coaches in order to strengthen his resistance. While one of them grabbed him by the neck, the other two punched him and kicked him straight in the abdomen. Despite his screams, Gharibi endured and continues with his work to get to the duel he will have against the Briton in the best way possible. The video had more than 405 thousand views and exceeded 5,000 comments.

All this work is part of the training of the Asian giant with a view to the aforementioned fight and a few days ago he began to publish his preparation, in which moved a car with his body, bent a steel bar and smashed a watermelon with his hands. Or also, folded pans with his arms.

“Yes, this is personal. On the one hand, your beautiful white teeth with all your sponsors in front of me and I with my dear fans around the world, who support and motivate me. See you on April 2 ”, put Sajad in one of his posts, with a threatening tone towards his rival with whom he will fight in just over five months.

“The different conditions are not important. Even if I have the worst conditions, but the Iranian Hulk never slows down, ”said the Asian in the third person. Ford was not far behind and made fun of the ways his rival trains: “It will be a real carnage, a fight that I promise will surprise everyone.”

Due to his enormous physique, his charisma and particular training styles, Hulk became an influencer and every time he publishes his work in the gym or elsewhere, he generates a furor among his more than 644 thousand followers on his Instagram account.

Another example of his training was when he lifted 50-pound dumbbells for 30 minutes, but he didn’t post the full video. In that post he launched a strong message: “My arm circumference 77 cm, record for the largest arm circumference in Iran without steroids. No steroids, no synthol. Real life Hulk “, words clearly directed at other popular characters on the networks who show off physicals for their dangerous products, such as the Russian Popeye.

In July 2016 Sajad Gharibi rose to fame by announcing that he would join the military to fight the Islamic State, although it ultimately did not happen. Since then, he has challenged different opponents on social media. After several attempts he will have his fight for real in April and against an MMA specialist like Martyn Ford.

The exotic training of the Iranian Hulk: he moved a car with his body and bent a steel bar

The shocking video of the Iranian Hulk in which he trains by folding pans: “I count the moments to crush my rival”