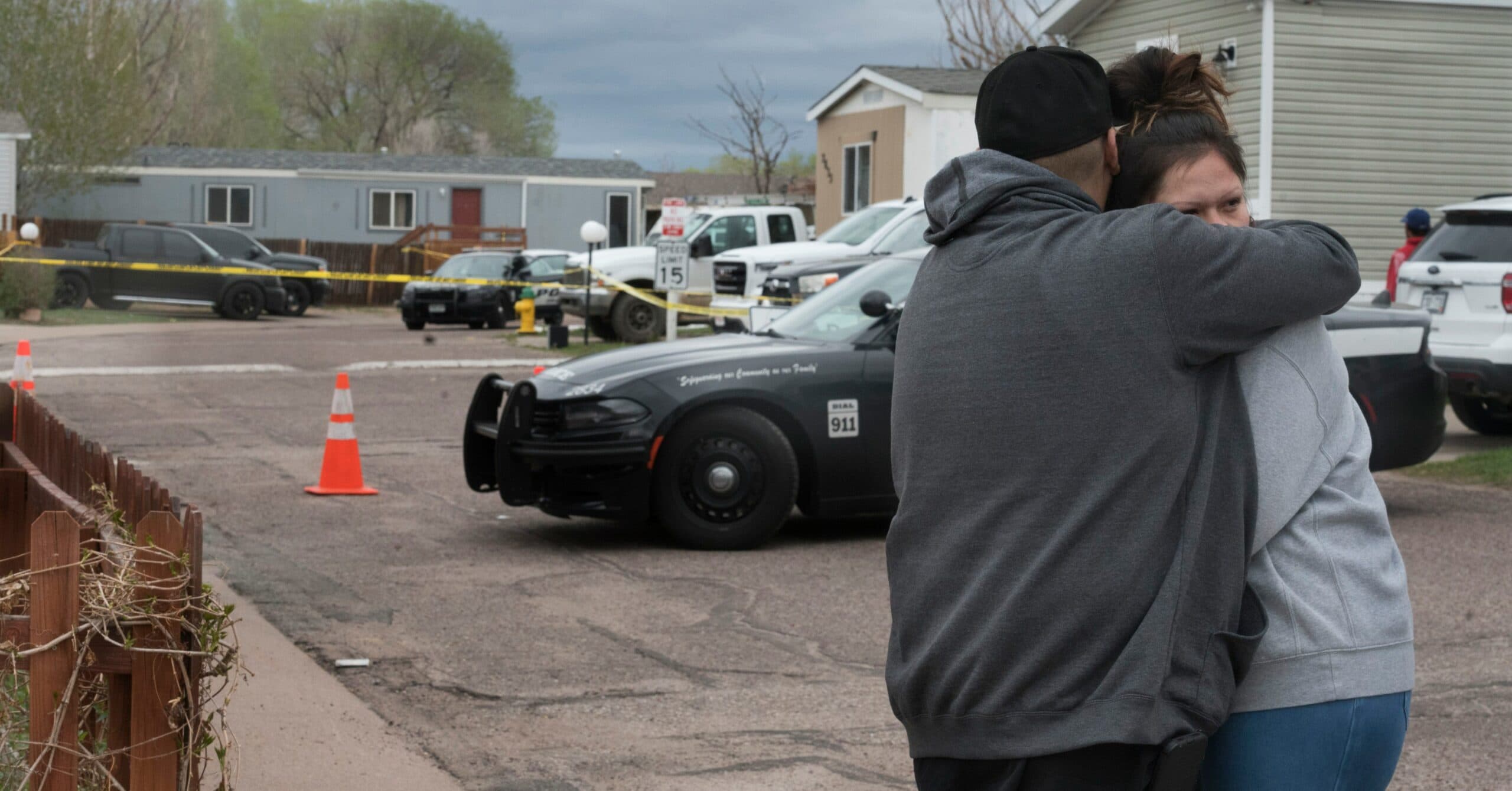 Before the attack that took place in the gay bar “Club Q” in Colorado, there are known to be five dead and 25 injured, a fact unleashed by a 22-year-old who was neutralized by two clients.

This attack was carried out on Saturday at a show called “Drag Diva Drag Show” in which it is known that Anderson Lee Aldrich is in the hospital, but by the time he is released he will appear virtually in court.

Some media reported that he will be charged with first-degree murder and five others with hate crimes. El Paso County (Colorado) District Attorney, michael allenhe pointed out in a press conference that he has not yet been formally accused.

Also, The medium “The Hill” pointed out that Aldrich is the grandson of politician Randy VoepelCalifornia House lawmaker who compared the January 6, 2021 attack on the Capitol to the Revolutionary War.

Among the people who lost their lives in this shooting are two men and three women, local authorities reported.

Among the dead are a trans woman who had moved to the city, the mother of a teenage girl, a woman visiting Colorado, a boyfriend and a bar employee.

He lost his life at the age of 28 and friends of Aston They told their mother the news. Daniel worked at “Club Q” and sometimes danced at the shows there.

When Daniel’s parents arrived at the hospital they asked if they could describe something about their son, which the mother remembered the tattoos he had. With these signs they returned home, “We thought he had just been hurt”his mother told the AP.

During the course of the morning a detective and a lawyer knocked on his door, that is how he found out that he had died. “I still think that it is a mistake, that they have made a mistake and that he really is alive,” he added.

Aston preferred to dress as a man and in college she underwent removal of her breast tissue, “He’s a trans man and (members of) the trans community are really the biggest targets The ones I can think of right now,” her father Jeff Aston told CPR.

Trans woman Kelly Loving, 40, was another victim of the attack perpetuated in the bar. Her sister Tiffany described her as “a loving person” with whom she was “very close”according to the media “The New York Times”.

She lived in Florida and had recently gone to Colorado for a weekend, however her friend Bingham mentioned to the “Times” that “She was going to be at my house for Thanksgiving this coming Thursday and now, is a person less at my table.

He was a 38-year-old bartender who worked at the nightclub and was Julia Thames, her mother, who confirmed his death to the “ABC” chain.

“He was always there for my daughter and me when we needed him, also for his friends from Colorado, who he said were also his family. He was living his dream and he would like everyone to do the same, ”he mentioned to the outlet.

She was described as a loving 35-year-old, her husband said. Kurt Paugh in a statement for the medium “KKTV”.

“She was my high school sweetheart, and she was just an amazing mom. Her daughter was the whole world of hers and she was very proud of Ryleigh, who is a championship swimmer. She loved her dad, her sister, and her family. Ashley was a loving aunt, with many nieces and nephews who are devastated by the loss of her,” she said in a statement.

She wasn’t from the community, but she liked going to LGBT+ nightclubs, but she was surprised that night.

This was the first time he had gone to the club, people close to him mentioned that he was not part of the community, but rather an ally.

His mother remembers him as “a popular and well-liked young man who never got into trouble and had many friends”.

According to the information provided by his girlfriend, he had started working at Fedex in Colorado Spring and his girlfriend Kassy Fierro wrote on her social networks that she was with him for five years and four months.

It is said that there are about 25 people injured15 of them are being treated in state hospitals and it is unknown if all the victims were shot, a police spokesman said.

Who are the reporters who challenged Qatar’s homophobic laws and wear the LGBT bracelet?