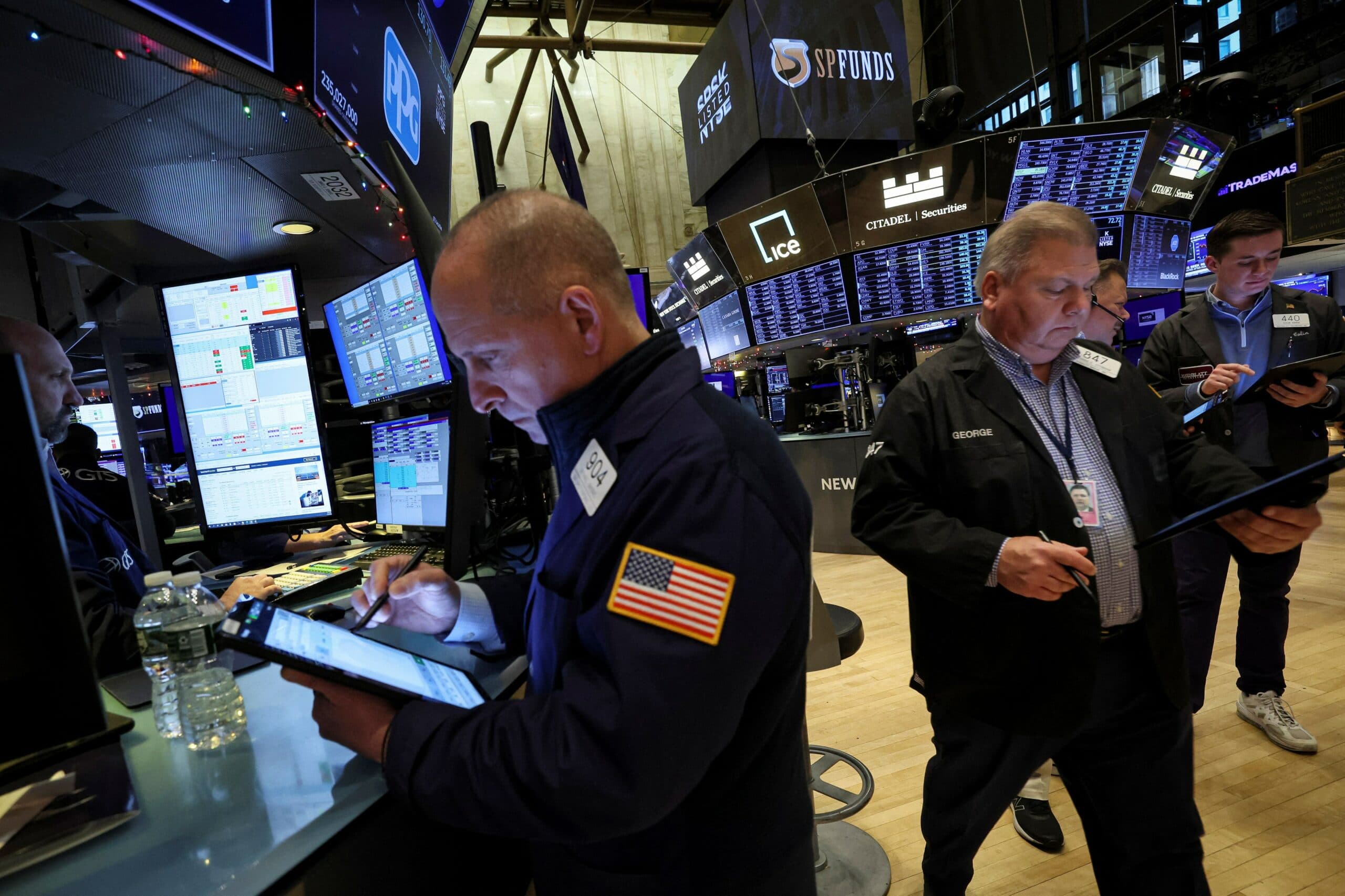 Stocks rose and Treasury yields fell on Wednesday after the Federal Reserve chief said the central bank may soon start to ease its aggressive rate hikes aimed at reining in inflation.

Fed Chairman Jerome Powell, speaking at the Brookings Institution, reaffirmed that the central bank could start easing its pace of rate hikes as early as December, when the monetary policy committee will hold its next meeting.

“We have to strike a balance in managing risk,” Powell said. “And we think that slowing down (rate hikes) right now is a good way to balance the risks.”

While citing some recent signs that inflation is cooling, Powell stressed that the Fed will raise rates more than expected and hold them for an extended period to ensure inflation falls sufficiently.

“History advises against a premature easing of monetary policy,” Powell said. “We will stay the course until the job is done.”

Treasury yields fell. The 10-year Treasury yield dipped to 3.70% from 3.75% on Tuesday. The yield on the two-year note, which tends to track market expectations for future Fed actions, fell to 4.38%. Late on Tuesday it was trading at 4.48% and had hit 4.53% shortly before Powell’s speech.

Major indices have been shaky as the economy and financial markets grapple with stubbornly hot inflation and the Fed’s attempt to cool high prices with aggressive interest rate hikes. Still, the S&P 500 and the Dow are on track to end November in the green, marking their second straight monthly gain.

Every business sector in the benchmark S&P 500 index rose, with technology and communication stocks driving much of the rally. Apple rose 3.5% and Netflix shot up 8.6%.

Wall Street has been waiting for the Fed to reduce the scale and pace of its interest rate hikes. The central bank has been very clear about its intention to raise interest rates until it is sure that inflation is cooling down.

The Fed has raised its benchmark interest rate six times since March, bringing it to a range of 3.75% to 4%, the highest in 15 years. The goal is to make borrowing more difficult and generally slow the economy to control inflation.

These increases have contributed to precipitous mortgage interest rates, causing home sales to plummet, and driving up the costs of most other consumer and business loans. Many economists expect the United States to enter a recession next year as rising borrowing costs slow economic activity.

In his remarks on Wednesday, Powell said the Fed could raise its key interest rate by a smaller increase at its December meeting, just half a point, after four consecutive three-quarter-point hikes.

“Cutting rates is not something we want to do anytime soon,” Powell said. “That’s why we’re holding back.”

The economy has slowed but contains pockets of strength that have given markets hope that a recession can be avoided. The government said on Wednesday that the economy grew at an annual rate of 2.9% from July to September, an improvement from its initial estimate.

Consumers have continued to spend, despite inflation tightening their wallets, and the overall job market remains strong.

The job market continues to be one of the main targets of the Federal Reserve and investors. Its strength has helped the economy overall, but it makes it harder to cool inflation.

“If we get a weaker labor market, we’ll probably have weaker wage pressure,” said Scott Ladner, chief investment officer at Horizon Investments. “That’s kind of the last shoe that falls with inflation.”

Economic data on Wednesday showed signs of a labor market softening, although it remains relatively strong historically. The US government reported that job offers fell in October more than economists had expected. The human resources company ADP reported lower job growth in the private sector in November.

Investors will get more data on the jobs sector on Thursday with a report on weekly jobless claims. The closely watched monthly job market report will be released on Friday.