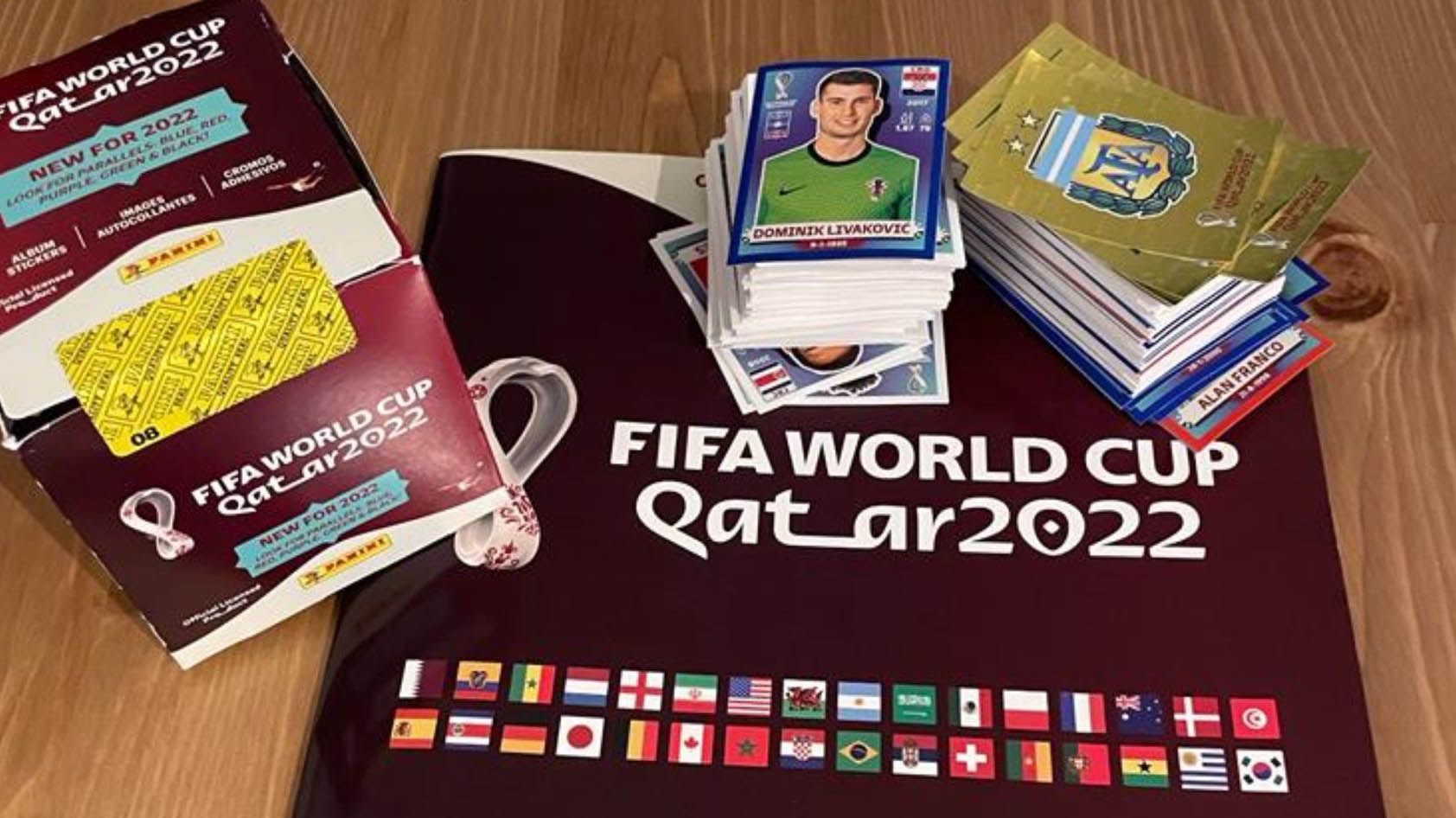 Only 58 days before the World Cup in Qatarthe panini figurines They are the maximum expression of the World Cup fever that infects millions around the world. Every four years we all become children collecting trading cards. The fury has also spread among the Latin communities of Miami.

According to Panini America, for the first time the United States will have a unique version of the popular collectible self-adhesive figurines. This differs from the rest of the world in that it has limited edition pieces, of different colors from the regular ones. The regular decals continue the traditional gold trim, while the limited editions come in blue, red, green, purple, and black. Those with a black border are the most exclusive.

“Every day my son wants me to take him shopping,” said Lucas Kokogian, an Argentine from Key Biscayne. The charm of Panini figurines is to fill the album little by little, to live the surprise of the figurines that are found. But this father regulates Enzo’s desire, so that he doesn’t lose the emotion: “I take him shopping two or three times a week.”

Together they walk to The Golden Hog, a market specialized in gourmet and imported products. As far as Lucas knows, it is the “only place on the island [de Key Biscayne] who sells them.” He is already on his way to becoming an expert and can assure you that some figurines are more difficult to obtain than others: “The ones from Portugal”. His son has the pages of the Lusitanian team almost empty.

Other stores in Miami and its metropolitan area sell them.

Graziano’sa popular Argentine restaurant and market chain from Coral Gables, Aventura and Hialeah, among other locations, sells them in boxes of 50 packages (250 cards), which cost USD 70, and in smaller packages and per unit. A South Florida soccer specialty store, Soccer Lockersells the 50-pack for $69, the five-pack for $1.80, and the album for $2.99.

They can also be found in some chains like Walgreens, CVS, Walmart, Target, or Barnes & Noble and —according to the Italian brand, owner of the rights to market FIFA World Cup figurines since Mexico 1970— in specialized soccer stores.

Online, amazon offers the starter pack (album plus 50 stickers) for $29.77. But you have to be patient: at the end of this note, on September 23, the albums were sold out.

“There is a lot of furor in Miami”, confirmed Rodrigo Balseiro, an Argentine resident in the city. He hadn’t collected for years, but his wife, Carolina, wanted to do it, and he joined. “She buys them personally at Graziano’s,” he said. They also look for them on Amazon, at USD 60 a box of 50 packages.

“You have to get together with colleagues to change the repeated ones,” he recalled what he used to do in childhood. But now she has added an app: “My friends and I we have a WhatsApp group to exchange figurines, because there are many repetitions”. So far Caroliona and Rodrigo have completed between 60% and 70% of their album.

Matías, a young Argentine soccer lover, has completed all the albums since the 1998 World Cup in France. He says that, unlike what happens in Argentina, it is not difficult to get the figurines in Miami. He buys his in Argentine stores, especially in the Patagonia Nahuena coffee shop in the neighborhood of Sunny Isles.

Like Rodrigo, Matías looks for people with whom to exchange cards. He has, like everyone else, a strategy and is looking for the 143 figurines to complete his album (out of a total of 670). None of the several limited-edition trading cards he got hold of green or black borders, the most coveted. “It’s like winning the lottery,” he laughed.

Crazy about figurines: 5 keys to fill the World Cup album, pay as little as possible, avoid scams and not despair in the attempt

World Cup figures: despite the intervention of the Argentine Government there will be no changes in the sales system to the kiosks