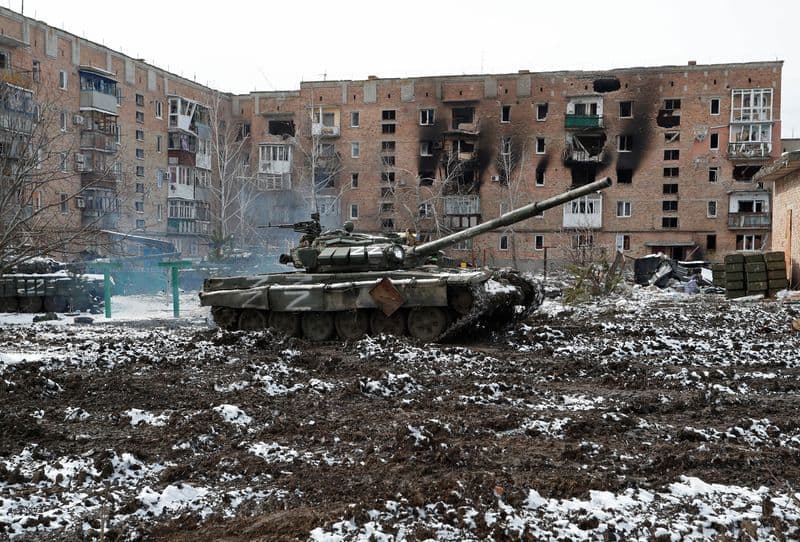 More than 8,300 civilians have been killed in Ukraine since the Russian invasion started on February 24, according to a Ukrainian investigation published Monday by the country’s attorney general, Andrii Kostin.

Among the deceased are 437 minors Y the wounded would be more than 11,000according to the Ukrainian news agency UNIAN. Kostin has warned that the final number is probably higher because the Ukrainian authorities do not have access to areas under Russian control.

In the regions recaptured by the Ukrainian Armed Forces, they continue to appear mass graves and bodies with signs of torture and executions.

Until now, they have been documented more than 45,000 war crimes and has been identified 216 suspected war criminals, including 17 Russian prisoners of war. Up to twelve of the 60 defendants have been formally charged.

On Saturday, Ukraine rejected any temptation to negotiate with Russia despite enemy bombing in recent weeks that has knocked out nearly half of the country’s power grid as winter approaches. “Amoral commitments will carry more blood. A genuine and lasting peace can only be the result of the complete dismantling of all elements of Russian aggression.”, Ukrainian President Volodimir Zelensky said during his speech at a security forum in Canada.

On the other hand, the deputy head of the Russian Security Council, Dmitri Medvedev, believes that the US, NATO and the European Union “do not want to break definitively with Russia, as that would mean World War III.” “Hence the attempts to reason with kyiv, push it to negotiate,” he wrote on Telegram.

The shelling in recent days has taken its toll on the entire Ukrainian energy infrastructure, although the good news is that temperatures will rise in the coming days.

Ukrainian Prime Minister Denys Shmygal admitted that “Almost half of the energy system is out of service.”

“Unfortunately, Russia continues with its missile attacks against vital civilian infrastructure, fighting against the civilian population, which it leaves without electricity, water, heating and telephone,” Shmygal denounced.

The Ministry of Energy has asked Ukrainians to reduce consumption by 25%, although, according to the source, they have already done so by 10%.

Among the recommendations are turning off the light in rooms that are not used, stopping using kettles, microwaves and other electronic equipment that consume a lot of energy, and not turning on the iron and the washing machine at the same time, for example.

Facing winter, it is recommended to prepare warm clothes, use thermal crockery to keep food hot for longer and also stock up on preserves.

With information from EuropaPress and EFE