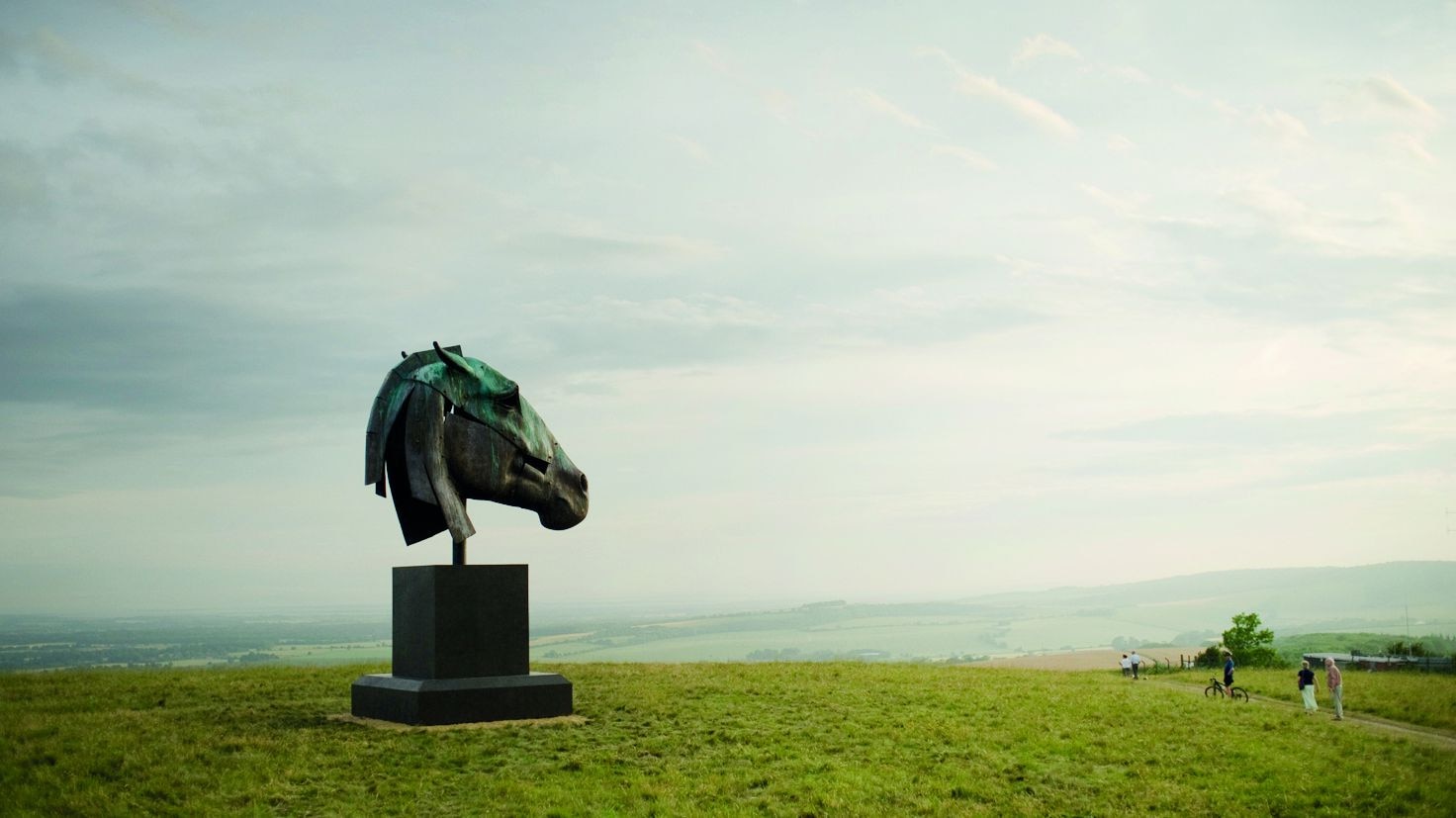 Born in Hampshire in 1963, the sculptor Nic Fiddian-Green had an intimate contact with the equestrian world from a young age. A horse fanatic, he turned away from country life when he moved to London to do a Bachelor of Arts Applied to Sculpture at the Wimbledon School of Art.

Then, he went on to a Master’s at St Martin’s School of Art, where he received his diploma in cire perdue or lost wax, an ancient technique that has been practiced for 400 years.

In 1983 his career had a turning point when for the first time he saw Selene’s mythical horse in the British Museum, one of the most celebrated pieces of the Parthenon, the one that captures the tension that an animal feels after having spent the whole night pulling of the Moon’s chariot across the sky.

“The head was made in such a beautiful way, so correct … it was as if it had been carved by the gods: a whole lesson in balance, harmony and proportion,” Nic recounted of the sculpture that would delineate his future forever.

His first show came in 1986 and since then the artist has exhibited regularly in London, Australia and New York. His works range from the monumental 10.6 meter “Horse at Water” located in Marble Arch to a tiny head, capable of fitting in the palm of the hand. Enthusiasts of her work include such moguls Lord Airlie and Lord Cowdray, Her Majesty Queen Elizabeth II’s art consultant, Lady Derby, Nicholas (‘Horse Whisperer’) Evans, actors Russell Crowe and Tom Cruise, writer JK Rowling and Sheikhs of Dubai and Qatar, among others.

In general, it is valued that the artist knows how to see in the horse not only a living, beautiful and vigorous being, but also an entity capable of evoking endless emotions; among them, spiritual, because Fiddian-Green is one of the few contemporary sculptors who treat religious subjects in such a frontal way. “Head of Christ” is probably the most explicitly Christian work of the last 10 years, evoking Christ’s suffering and his place in an increasingly secular world in a tender but determined way.

In an age of obvious mechanization, it is rare to find artists who can achieve great works of art with just their hands. Every step of the Nic creation process is handmade; It starts with clay and then goes to a foundry that is made of bronze or the most fragile graphite. He also works with stamp and marble, and he himself supervises the subsequent foundry. One of the keys to his work is, precisely, his love for materials.

Thus, a Fiddian-Green horse is not an animal sculpture in the traditional sense; it goes far beyond the portrait and becomes a true study of energy and stillness, exuberance and melancholy, which not in vain many compare with Rodin and which does not have an iota of frivolity.