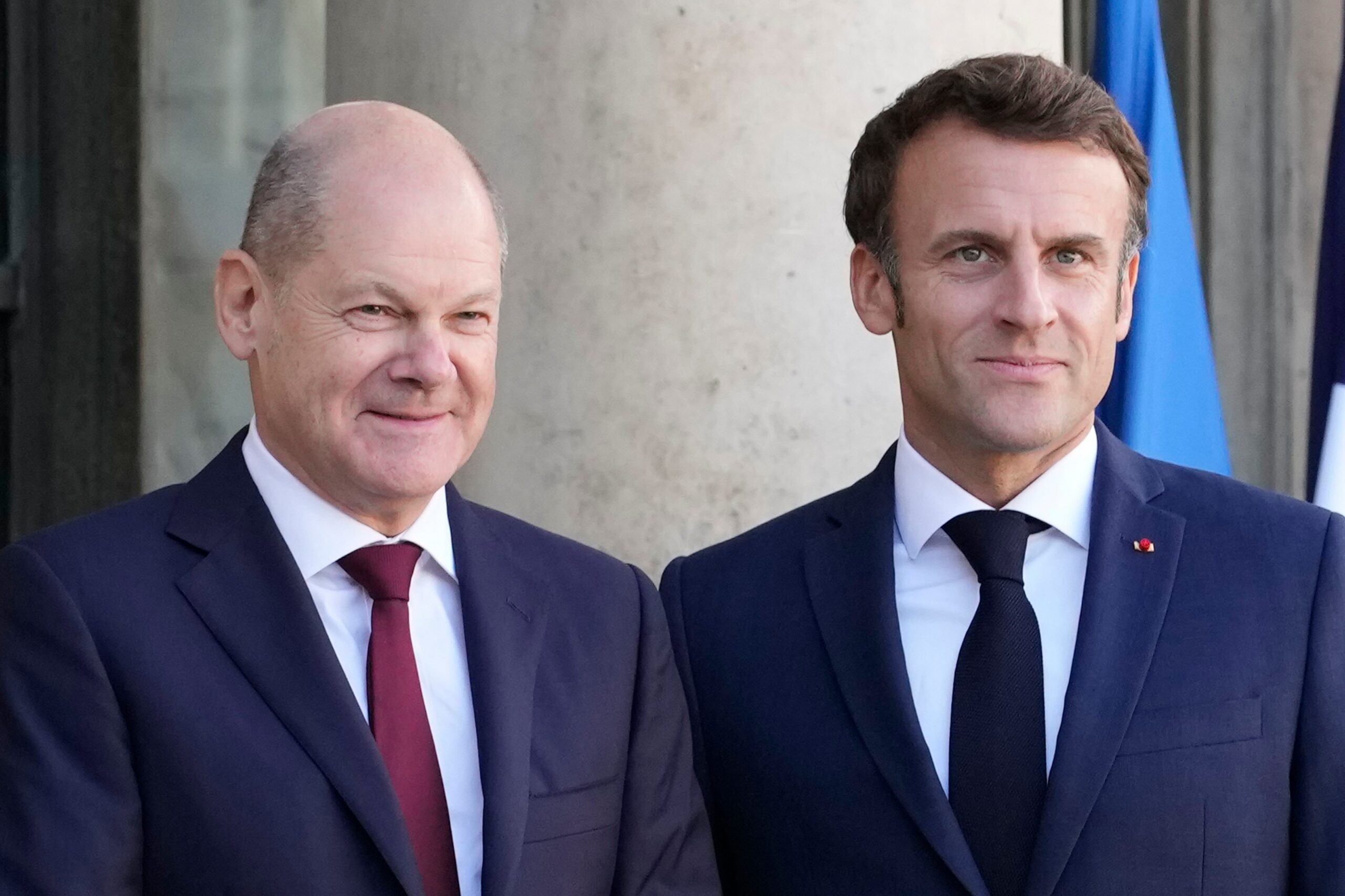 The German chief executive Olaf Schölz is visiting Paris on Sunday to commemorate 60 years of post-war Franco-German cooperation, at a time when this axis is in tension over issues ranging from the Russian invasion of Ukraine to major geopolitical changes.

“We will continue to give all support to Ukraine for as long as it takes,” Scholz promised, with the French president Emmanuel Macron. The German also emphasized the need to “defend our European peace project” at a ceremony in Paris on the occasion of the 60th anniversary of the reconciliation treaty between Germany and France.

The 1963 Elysee Treaty signed between the post-war leaders, the German Konrad Adenauer and the Frenchman Charles de Gaulle it ranges from military cooperation to youth exchanges.

Since then, France and Germany have frequently laid the groundwork for any joint response from the European bloc, and once again, the other countries are watching for signs.

The big issues that dominate the agenda are the conflict in Ukraine, the climate, energy and Europe’s competitiveness in the face of a new wave of subsidies in the United States.

The war in Ukraine

Germany remains undecided whether to hand over – or allow its allies to supply its Leopard 2 heavy tanks – to Ukraine, almost a year after the start of the invasion.

The new German Defense Minister Boris Pistorius stated on Friday that the impression that “There is a united coalition and for Germany to stand in the way is wrong.”

On the other hand, the joint development of next-generation combat aircraft and main battle tanks is being delayed, and France is not participating in the Sky Shield anti-missile initiative, led by Germany and made up of 14 countries.

Ross points out that part of the problem is that France clings to a historical perception as a sovereign power, with a nuclear arsenal and a seat on the UN Security Council.

By contrast, Germany has gladly delegated defense issues to the United States in recent decades.

But there are signs of change on both sides. On the French side, the government has revived its role in NATO since the invasion of Ukraine, and Germany invested $108 billion to modernize its armed forces.

For Berlin, “things are very complicated because Germany’s economic model is being tested,” said Maurice Gourdault-Montagne, a former French ambassador in Berlin.

With no cheap Russian gas or nuclear power, Germany was forced to partly switch back to coal, as renewables still cannot make up for the shortfall.

By contrast, France is scrambling to repair and replace its dilapidated park of nuclear reactors.

But, some in Berlin fears that China will follow in Russia’s footsteps in Ukraine and launch an offensive on Taiwan – a territory it views as a rebel province – which could block a vital market for Germany.

At a time when leaders across Europe fear the effect on the market of the Inflation Reduction Act (IRA), which is going to inject billions of dollars into technologies made in the United States and respectful of the environment.

Macron is expected to press Scholz on Sunday to give a joint response, after having secured the support of the head of the Spanish government, Pedro Sánchez.

For France and Germany there are also fundamental issues that must be taken care of to preserve the relationship in the future.

“The relationship has become less real” for ordinary French and Germans, Gourdault-Montagne said, estimating that it too “lost some of its emotion.”

The possible trip of the heads of state of Germany, France and Italy to Ukraine worries the Kremlin and the European Union