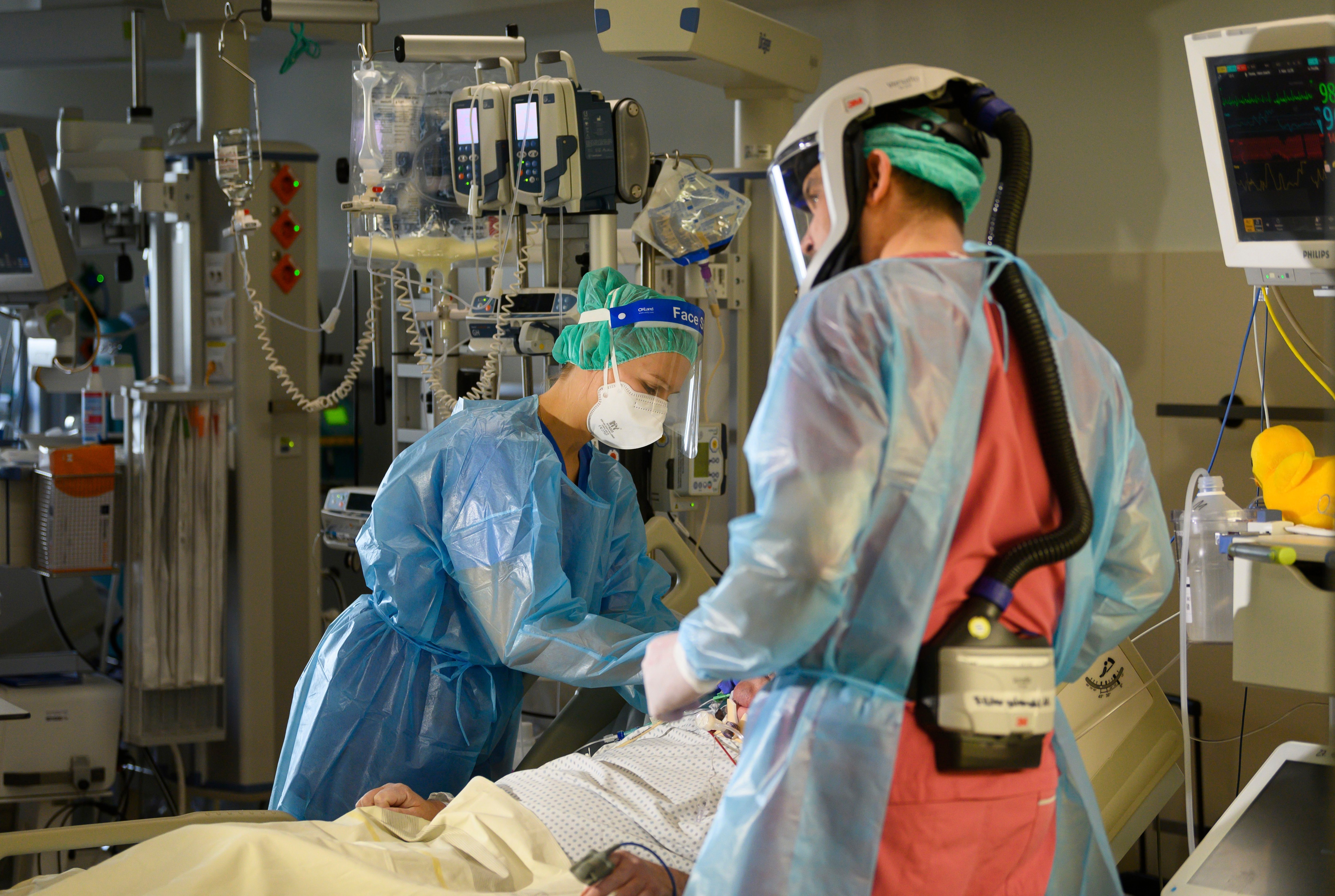 Cumulative incidence added another new peak in Germany, with 386.5 new infections with coronavirus per 100,000 inhabitants in seven days, while the insufficient vaccination rate opened the debate on its obligatory nature.

Germany, the most populous country in the EU, added another 30,643 cases on Mondayaccording to the Robert Koch Institute health agency, bringing the total since the start of the pandemic to just over 5.3 million.

Almost 100,000 people have died so far, including 62 in the last 24 hours, and hospitals sound the alarm about overflowing intensive care units.

In this context, the Minister of Health, Jens spahn, urged more citizens to get vaccinated, warning that Most Germans will be “vaccinated, cured, or dead” for Covid-19 within a few months. “Probably by the end of this winter, as is sometimes cynically said, almost everyone in Germany will be vaccinated, cured or dead.Spahn said, blaming “The highly contagious delta variant.”

“That is why we so urgently recommend vaccination”added. “We have a very, very difficult situation in many hospitals”.

Despite widespread access to free coronavirus vaccines, the vaccination rate in Germany remains one of the lowest in Europe, with only 70.5% of the population vaccinated, 68.0%, with the complete regimen. This is a level that experts say is too low to keep the pandemic under control, so it has open the debate on a possible obligation

In statements to the public chain ZDF, the president of the RKI, Lothar wieler, underlined the importance of vaccinating the maximum number of people and to administer the booster dose to those already immunized with the full regimen.

Nevertheless, showed more content regarding the mandatory nature of the vaccine, which should be studied as a last resort, he added.

The obligation is something that “None of us wants”, affirmed in line with what the World Health Organization (WHO) maintains.

“But if everything else has been tried, then the OMs says that we have to think about an obligation as well.”, he pointed.

The social democratic deputy and health expert Karl Lauterbach, indicated for his part Bild that “In no case” should we rule out more of an obligation, although he recognized that it is something that will no longer help in the current situation.

“Without obligation, obviously we are not reaching the vaccination rate we need to get out of this situation with the vaccines we have and the reproductive factor of the delta variant”added.

Also the Professional Association of Pediatrics and Juvenile Medicine and the Confederation for the Protection of Children spoke in favor of the mandatory vaccination for adults.

“Vaccines contribute to a return to normalcy and to the reestablishment of the fundamental rights of all citizens, but in particular the rights of children and adolescents, ”the association points out in a resolution approved yesterday.

Meanwhile, the president of the confederation, Heinz Hilgers, told the media network RedaktionsNetzwerk Deutschland (RND) that “Children and adolescents have made a great contribution to this pandemic by giving up a lot”.

“It is a lack of respect as adults not to allow ourselves to be vaccinated”, he claimed.

Also the heads of Government of Schleswig-Holstein, Daniel Günther, and Bavaria, Markus Söder, were open to consider a mandatory.

In regions with high hospitalization rates, the unvaccinated will not be able to access public spaces such as cinemas, gyms and indoor dinners.

Employees are asked to return to work from home whenever possible, while anyone who goes to the workplace must show that they have been vaccinated, recently recovered or tested negative, a system known as “3G.”

The same rule applies to public transportation in those areas.

Several of the worst affected regions in Germany, including Bavaria and Saxony, have gone even further to cancel big events like Christmas markets and effectively exclude the unvaccinated from nonessential public life.

All vaccinated adults have also been urged to receive a booster shot to combat the decline in the effectiveness of the vaccine after six months.

Vaccinated vs. unvaccinated: Europe’s culture war in relation to COVID-19