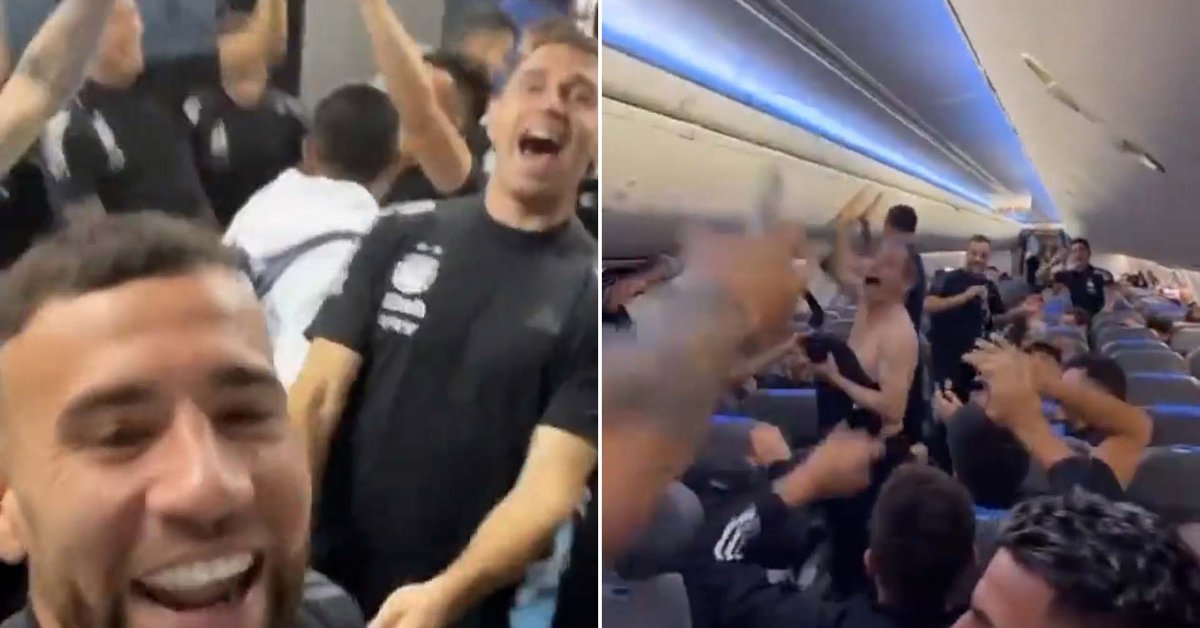 Once the classic against Brazil ended, the Argentine national team players knew that they had not yet achieved their goal of qualifying for the World Cup. But a few minutes later, with the triumph of Ecuador in its visit to Chile, everything changed and the squad began to celebrate the qualification to Qatar 2022, which crowned a perfect year for the Albiceleste.

Is that as Lionel Scaloni himself said after the draw in San Juan, his team managed to cut the title drought with the conquest of the Copa América on Brazilian soil and also managed to remain undefeated in 27 games, the longest streak currently for a national team in world football. But beyond the statistics, the blue and white costumes exploded with the celebrations for getting a ticket to the next World Cup.

With Nicolas Otamendi as the one chosen to record the intimacy of the celebration, Draw Martínez was once again the protagonist with his now classic celebration which was immortalized during the last Copa América in the middle of the penalty shootout against Colombia in the semifinals. While everyone sang “You have to jump, you have to jump, he who does not jump, does not go to the World Cup …”, the Aston Villa goalkeeper looked at the camera and recreated the pose that he did in the definition that ended with the National Team’s pass to the final of the continental tournament.

In the celebration, which displayed all the soccer players in the dressing room of the San Juan del Bicentenario stadium, an active member could also be seen Rodrigo De Paul, which after leaving a chicana against Brazil in his first post-match words, was one of the most active in the festivities.

Once the delegation left the field, the players were divided into two charters. Lionel Messi with Ángel Di María and Leandro Paredes they took a plane with a direct destination to Paris to join PSG in the next few hours, while the rest flew to Buenos Aires. In the aircraft the chants continued and one of those who appeared on the scene was Mario De Stéfano, the historic prop of the Argentine national team.

Again, with a song in the background that said “I am Argentine, through thick and thin …”, Marito joined the celebrations with the footballers: He took off his sweater, was left in leather and began to jump in the middle of the plane. A few seconds later, the one who joined him was Giovani lo celso while other players like drawn Martínez and Joaquín Correa did not stop hitting the roof of the transport.

San Juan vibrated to the rhythm of the National Team in recent days. People crowded to try to get a ticket to see Messi. The same thing happened at the door of the hotel where the Argentine team stopped: hundreds of fans waited to see their idols and had their prize: as soon as the delegation set foot in the province, once they arrived at what was their bunker for a few hours, the footballers came out to greet the fans.

Beyond the analysis of what 2021 left behind, Messi and the rest of the National Team are already focusing on what will be 2022 with few games in the lead up to the great goal that the Argentine captain will pursue. It should be noted that after the end of the year, Argentina has as of today only five games confirmed to play in the run-up to the Qatar World Cup: the four that remain for the South American Qualifiers and the duel against Italy, to be played in June of next year. La Albiceleste will face each other against The Nazionale, in a duel of champions of the Copa América and the last European Championship. The data to follow will be whether by then Roberto Mancini’s team will have been able to win the European playoffs or will repeat their absence from the World Cup, as in Russia 2018.