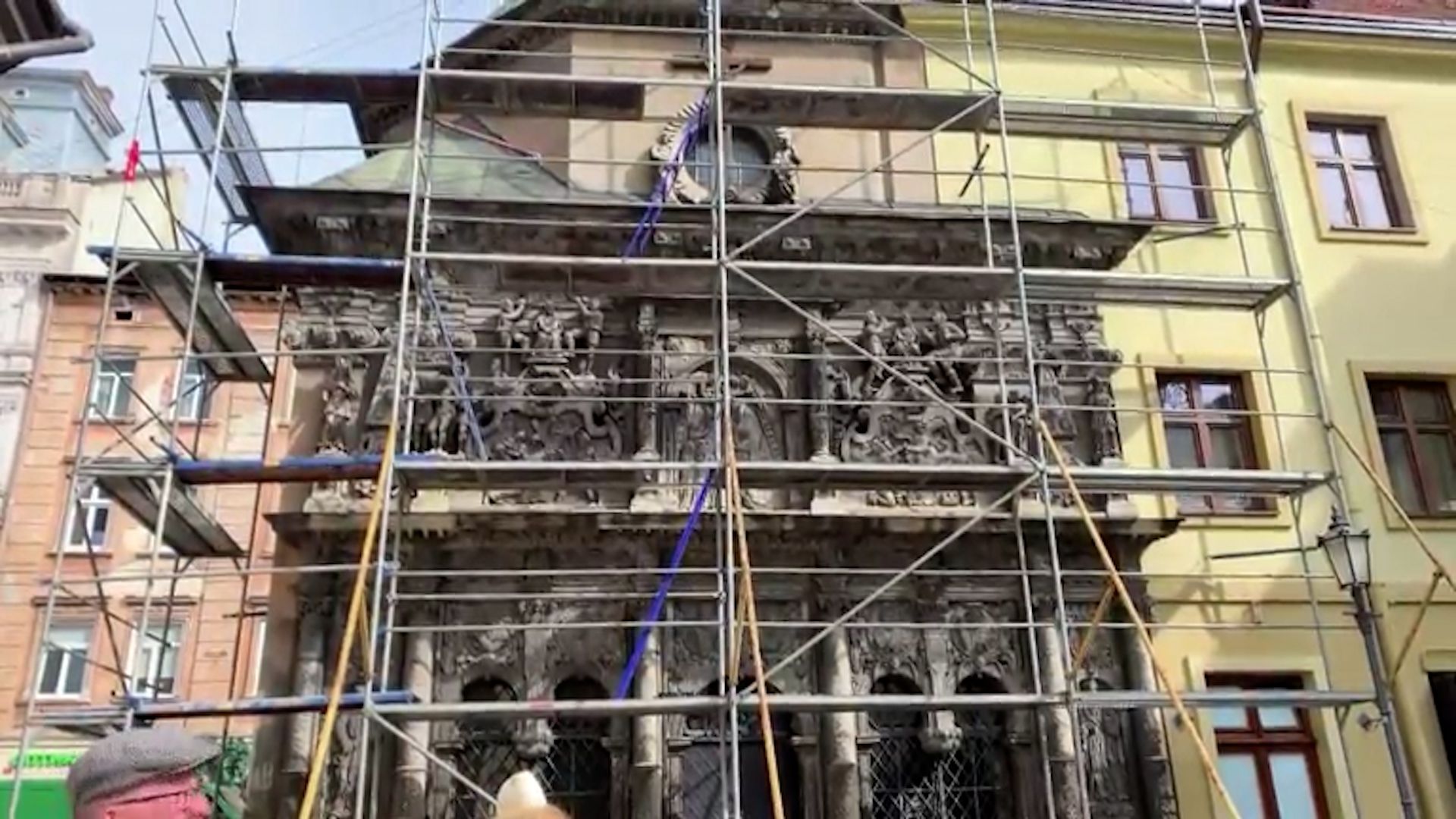 Andriy Salyuk began a titanic task on February 27, that of protecting the center of Lviv, declared a UNESCO World Heritage Site, with a team of volunteers who work to preserve historical monuments against a possible Russian attack on this city in western Ukraine.

“We have seen that the Russians are bombing administrative places and in Lviv, these buildings are very close to the monuments, so an explosion can damage them,” Salyuk, director of the Society for the Protection of Monuments in the Lviv region, told Efe. .

Salyuk, who does not stop waving on the street and receiving calls, leads dozens of people who are altruistically doing everything possible to cover buildings and statues in case the worst happens in the city, which until now is being one of the safest in the country and a transit point for refugees in Poland.

The historic center of Lviv was included as a UNESCO World Heritage Site in 1998 for its urban fabric and architecture, considered one of the architectural gems of Eastern Europe, and has attracted millions of tourists to visit the city as an example of the fusion of artistic traditions.

One of the first actions that Salyuk did is to protect the stained glass windows of the churches with the money from their NGO and, later, they realized that they had to hurry up and protect the other monuments as well, such as the Boim chapel.

Barriers of iron, cork, plastic and fire extinguishers are some of the protections that are already surrounding several historical monuments, although there is still a lot of work to cover them completely.

“We have purchased fire extinguishers and placed them in each church to protect the frescoes and iconostasis, and we intend to also reinforce around the sacred temples to add another layer of protection”Salyuk explains.

Making a visit to the historic center where the Cathedral Basilica of the Assumption of the Blessed Virgin Mary is located, or called the Latin Cathedral, which dates from the 14th century, the expert points out how they have lined and covered all the statues while they go against the clock to protect inside.

In addition, right next to it is the Boim chapel, built in the 17th century as a tomb for the Boim family and whose value lies mainly in the façade due to the stone carvings and the bas-reliefs depicting scenes from the Bible.

What Salyuk intends with his NGO and more so now after the beginning of the Russian invasion is to create a movement among the citizens of Lviv so that they become aware and come to help to try to preserve their heritage and that, in case it is affected by Russian fire, is seen as little damaged as possible to be restored quickly.

“Something has to be done and it has to be done now”recognizes, and adds: “It is our homeland, it is our national identity and what the Russians want is to destroy it.”

The call that Salyuk has made for people to come voluntarily is already bearing fruit, with dozens of people working both to maintain the statues and buying the materials, money that comes from the NGO’s budget that has recently been boosted by sponsors. as well as with the help of Poland and Croatia.

One of the volunteers is Andriy Poshekva, a well-known specialist in restoration in the city, who tells Efe that seeing how the Russians are destroying historical monuments, they have had to get to work quickly.

Poshekva is overseeing how layers of iron are being added to try to protect the Latin Cathedral, where seven to eight volunteers are working non-stop on a task that will take another two days to complete.

But it’s not just protecting the architectural gems with materials, Poshekva has also bought a weapon to position herself in front of the monuments to also protect them in other ways, if necessary.

Invasion of Ukraine LIVE: Russia prevents the passage of humanitarian aid to Mariupol, where hundreds of thousands of people are trapped without food

Putin extends the war to the border with Poland: he bombed civilian areas in the cities of Dnipro and Lutsk

Another Russian bombardment hit a health center: it cared for people with disabilities in Kharkiv