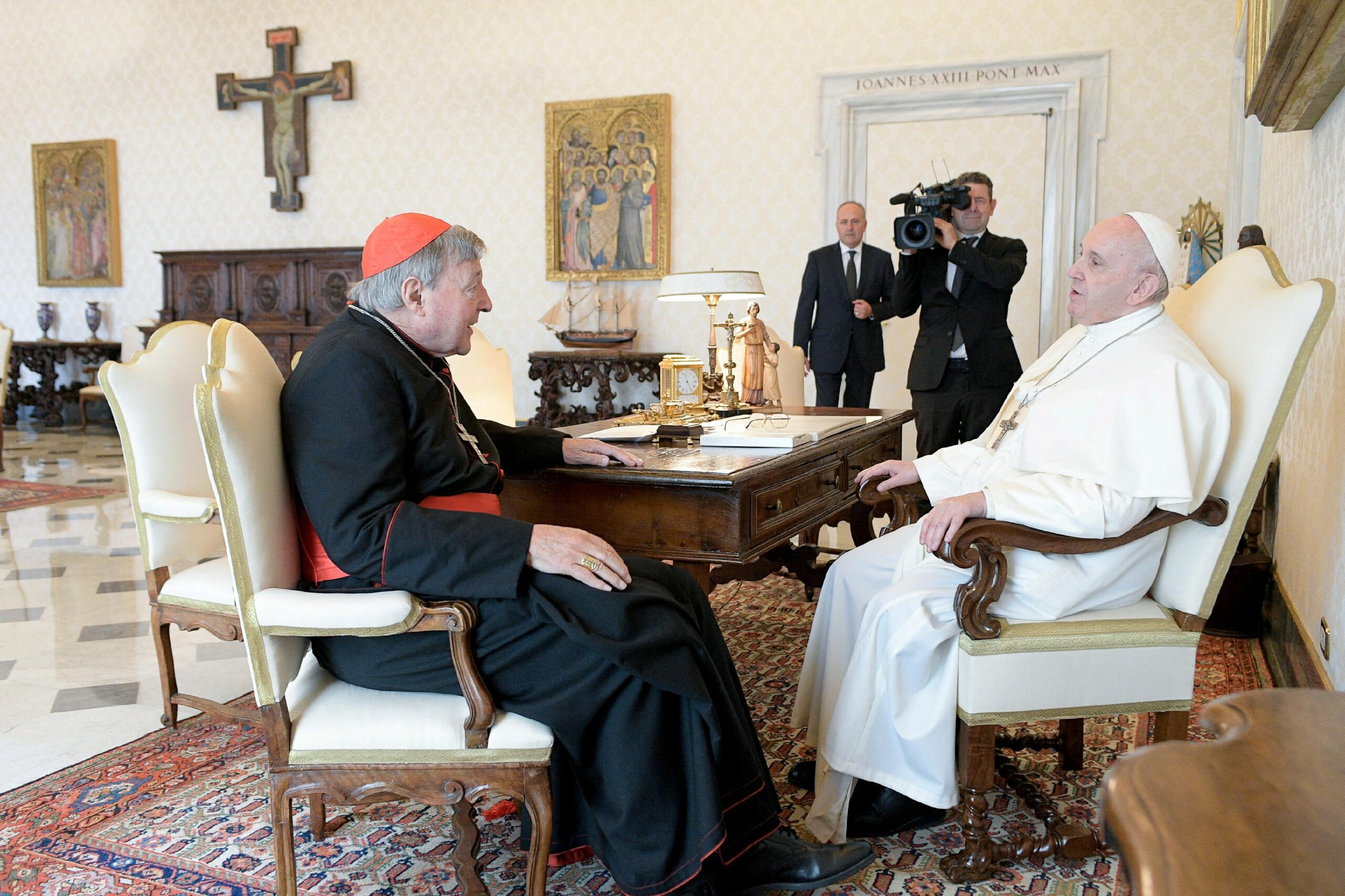 Again, the Pope Francisco He was criticized for his management at the head of the Catholic Church. On this occasion, it was the recently deceased Cardinal George Pell who attacked the Pontiff.

In the last few hours, a letter was published that the Australian, reference of the most conservative sector of the Vaticanhad signed prior to his death this Tuesday as a result of complications in an operation to replace a hip prosthesis.

As reported by the portal Seventh Heavenmanaged by journalist Sandro Magister, Pell used the pseudonym “Demos” -which in Greek means ‘people’- to criticize Francis last spring.

This “memorandum” is divided into two articles. The first one is called “The Vatican Today” and in it he points out that “This pontificate is a disaster in many aspects, a catastrophe”. Meanwhile, the second, called “The Next Conclave” refers to the “weakening” of the College of Cardinals “with eccentric appointments”.

The writing was disseminated among cardinals, many of whom will be called to choose the next pope after Francis’ death or resignation.

Pell’s relationship with the Supreme Pontiff dates back several years, precisely in 2014, when he was appointed by the Argentine pope as prefect of the new Secretariat for the economy. and thus being in charge of the economic reform of the Holy See until 2019.

In 2018, however, the cardinal was sentenced in Australia for alleged sexual abuse to two minors in the 1990s, for which his career was interrupted. He spent 400 days in jail and was eventually acquitted.

For its part, the British portal The Spectatora reference medium for the conservative Catholic sector, published an article signed by Pell just one day after his death. The text is titled “The Catholic Church must free itself from this toxic nightmare”.

For “toxic nightmare” It refers to Bishop’s Synod Convened by Francis to study the issue of “synodality” and what the Church of the future should be like.

Francisco is also strongly criticized in the book “Nient’altro che la verità” (“Nothing but the truth”) published this Thursday by Monsignor Georg Gänsweinwho was personal secretary of the deceased Pope Benedict XVI.

Benedict was also a benchmark for the most traditionalist sector within the Holy See and the work seeks to respond to “the slander and dark maneuvers” that tried “in vain” to darken his legacy, the author said.

The work covers various moments of his life, from his election as Pope in 2005 to his resignation in 2013 and his subsequent years, with his illness and his last hours of life.

Among the tensions that are narrated, he mentions the critical position on the suppression by Bergoglio of the traditional mass in Latin -which he described as an “error”-, his surprise at the lack of response from Francis to a letter accusing him of sowing confusion on moral issuesand his position on the abortion and the homosexuality.