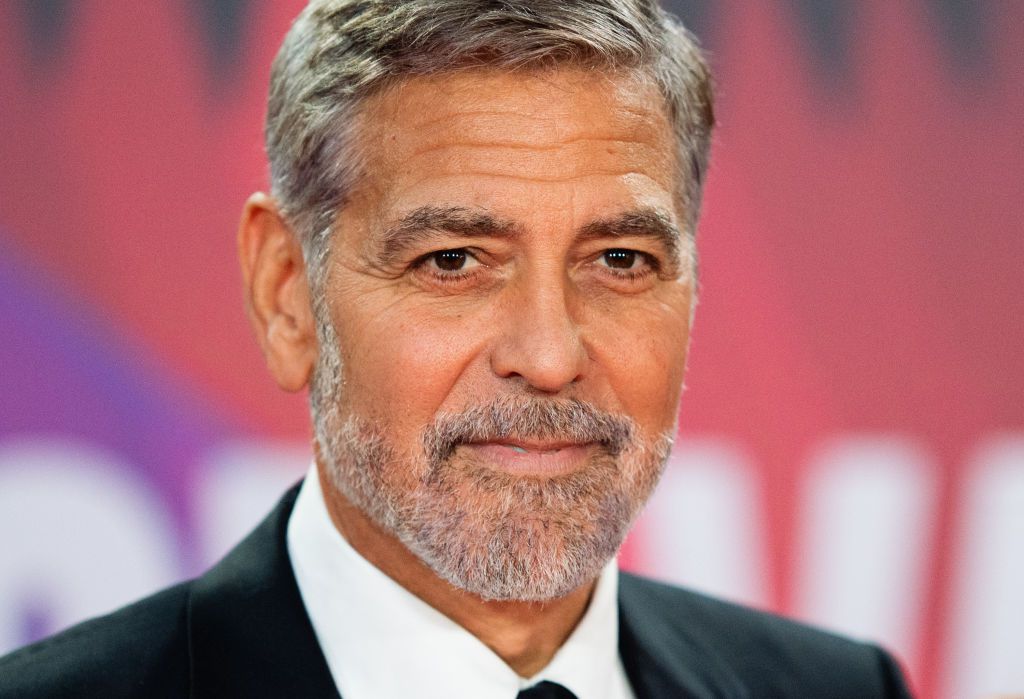 George Clooney referred to the tragedy during the filming of the movie “Rust”, when Alec Baldwin accidentally killed cinematographer Halyna Hutchins. The renowned American actor and director called the fatal shooting “mad” and “infuriating”.

The actor said that Hutchin’s death was clearly the result of “many stupid mistakes”.

The 60-year-old Hollywood star noted that I had never heard the term “Cold gun” used to describe that a firearm is safe to use on set, after the phrase was supposedly used by the film’s assistant director, David halls, before handing the revolver to Baldwin for a scene rehearsal.

Speaking to the WTF podcast with Marc Maron, Clooney underlined: “I’ve been watching the news and I have to say they have the bad guy, who will be the deputy director. I might be an idiot, I don’t know the guy at all, but I’ve been on sets for 40 years and the person who hands you the gun, the person responsible for the gun, is the prop person or the gunsmith. Point”.

And also qualified as “crazyThat there were live bullets on the set of the movie.

Clooney said the fatal shooting, which also injured director Joel Souza, was a “terrible accident”, But stated that the deputy director David halls he should never have been near the weapon and couldn’t believe it had happened after rigorous security measures put in place after the deaths on the set of Brandon Lee and Jon-Erik Hexum.

He said that every time They hand him a gun on set, he opens it, shows it to the person he is aiming at and the team, shoots it six times on the ground before returning it to the gunsmith after each scene.

“Every time they give me a gun on set, I look at it, open it, show it to the person I’m pointing at, show it to the team “Clooney pointed out. “I do it after each take and when I’m done, I return it to the gunsmith.”

“It’s partly because of what happened to Brandon. Everybody does. Everybody knows”, the Oscar winner explained.

“After Brandon’s death, it really became very clear: open the gun, look down the barrel, look in the cylinder, make sure. “said about the security steps on the film sets something that Baldwin seems to have skipped.

And I add: “Maybe Alec did that, I hope he did, but the problem is that ammunition is complicated. Because they look like real bullets. They have a small hole in the back where someone has removed the powder. “

The prop guns on set look realistic and because of this, Clooney checks two and three times to make sure they are not dangerous. “Every time I am handed a pistol containing six cartridges, you point it at the ground and squeeze it six times“Said Clooney, noting that”it’s crazyDon’t do it.

The actor also accused the production of “Rust “from “spare”In costs, which led to the hiring of inexperienced gunsmiths.

“It is a terrible accident. But a 24-year-old with that little experience shouldn’t be in charge of a weapons department.“, Said about Hannah Gutiérrez-Reed, the gunsmith of” Rust “, who along with Halls they are the most complicated in the case that is still being investigated.

Clooney then spoke about the allegations that have been made against Baldwin, Gutierrez-Reed and Halls, who allegedly yelled “Cold weapon!” before Baldwin picked up the firearm, thinking it was safe to use.

“I never heard the term ‘cold pistol’ “Clooney pointed out, referring to the explanations of the protagonists of the fatal scene in “Rust.” “I have never heard that term. Literally. They’re just talking about things I’ve never heard of. It’s just infuriating ”, concluded.

The Santa Fe County Sheriff’s Department has said in court documents that the chief prop Sarah Zachary took the gun from a closed prop truck and gave it to the gunsmith Hannah Guttierez-Reed. She loaded the gun with cartridges from a box of fake ammunition, but apparently one of them was a live round.

Guttierez-Reed said he showed the gun to Halls, who admitted that did not inspect it thoroughly enough before giving it to Baldwin, who then shot it while rehearsing for a scene.

Baldwin is being sued along with other producers by the film’s chief lighting officer Serge Svetnoy, accusing him of negligence.

The lawsuit filed in Los Angeles Superior Court names nearly two dozen defendants associated with the film, including Baldwin, who was both a star and producer; David Halls, the deputy director who turned the gun over to Baldwin; and Hannah Gutierrez Reed, who was in charge of weapons on set.

The authorities they have not accused anyone for the “Rust” shooting last month in New Mexico.

Santa Fe District Attorney Mary Carmack-Altwies cautioned that “no one has been ruled out at this time “, including Baldwin.

Lawyers for the “Rust” chief of arms allege that the fatal bullet may have been the result of “sabotage” on set.

Following the fatal shot, Alec Baldwin requested police presence on the sets to monitor safety in the use of weapons