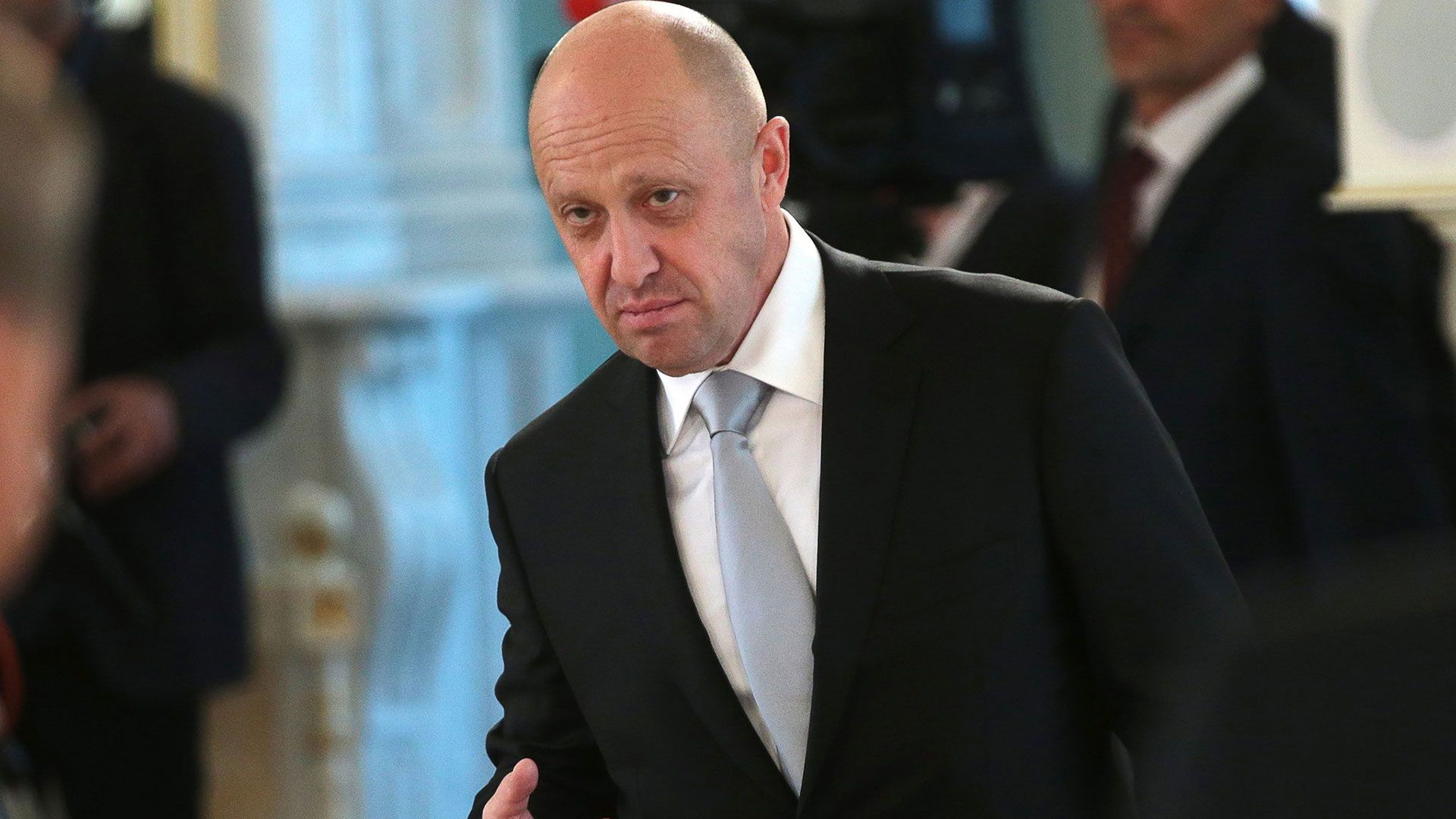 The Russian businessman and founder of the Wagner group, Yevgeny Prigozhinstated that the region is a “central point of the Eastern Front” and an “important logistics center”.

In a statement on his Telegram channel, the head of Putin’s mercenaries added: “The icing on the cake is the Soledar and Bakhmut mine system, which is actually a network of underground cities.”

“Not only It has the capacity to house a large group of people at a depth of 80-100 meters, but also tanks and infantry fighting vehicles can move”, revealed the Russian oligarch and claimed that weapons reserves have been stored in those tunnels since the First World War.

The Russian Warlord has also highlighted the unique geographical and historical defensive capacity of the city, firstly due to its division by water barriers, and secondly, because of the region’s surroundings that create “a single defensive system ”.

The area, in the eastern Donetsk region, has become very hostile to Putin’s troops. Yesterday a shocking image was released that is believed to have been taken there. Disseminated by the Ukrainian Ministry of Defense, an open field is seen with dozens of bodies of dead Russian soldiers.

“Never before has the Russian diplomatic corps suffered such losses,” the ministry said in a wryly worded tweet. The image dismantles the victory narrative that Vladimir Putin is trying to install from the Kremlin.

The Ukrainian ministry did not provide details about the episode that ended with dozens of Russian soldiers killed, nor did it specify when it happened. However, the versions that began to circulate detail that it would be about 70 Russian soldiers killed who failed to find cover in the middle of the aerial fire from the Ukrainian troops. In addition, it is believed that the Russian company was surprised in full displacement, with no possibility of escape.

The shocking aerial image adds to the brutal blow suffered by Moscow when hundreds of soldiers were killed on New Year’s Eve in an explosion that destroyed a temporary barracks at a training school in Makiivka, the twin city of the regional capital of Donetsk occupied by Russia in eastern Ukraine.

When the aerial image is enlarged, what appear to be points become clear bodies lying in the open field.

If Yevgeny Prigozhin decided to talk about Bakhmut as a key piece on the Russian war table, it deserves attention since it is the most important armed wing of the Kremlin nowadays.

The powerful oligarch manages the Russian trolls and mercenaries. Indeed, Prigozhin He is the founder of the Wagner paramilitary group, accused of human rights violations, war crimes and terrorist acts in various conflicts. But his ruthlessness was further exposed over the past year with his involvement in the invasion of Ukraine.

Born on June 1, 1961 in Saint Petersburg, Prigozhin studied at a sports high school and excelled in cross-country skiing, a discipline he practiced with his stepfather, Samuil Zharkoy. But despite his interest in sports, his problems with the law began at a very young age. In 1979 he was arrested for robbery. Two years later, he was prosecuted for recidivism, added to charges of illicit association, fraud and recruitment of minors to subject them to the exercise of prostitution. In times of the Soviet Union he knew the rigor of the sentences, and was sentenced to 12 years in prison. He finally served nine in a penal colony and when he got out, pardoned, the world had changed after the fall of the USSR.

Once released, he first set up several hot dog stands with his stepfather. Later, he offered his logistical vision to a schoolmate, Boris Spektor, who owned a popular supermarket chain (Contrast). He accepted and gave him 15% of the company. But Prigozhin had a dream: to have a restaurant on the bank of a river. This is how in 1995 he shared this desire with Kirill Zilminov, general director of Contraste, to whom he quickly became interested in the idea of ​​putting together something of his own. In addition, the income in the supermarket chain was beginning to fall. Just a year later, in 1996, they opened “Old Customs”, which became one of the first elite restaurants in St. Petersburg.

The rapid growth of the venture allowed them to open other restaurants, and in 1997 they bought a boat, adapted it and took it to the Neva River, where they opened “Isla Nueva”. Establishment that became a regular for the rich, famous, and a large part of the Russian elite. In 2001 it was none other than Putin to entertain French President Jacques Chirac. Prigozhin, one of the restaurant’s owners, personally went to bring the dishes to the presidents. Since then, he began a close relationship with Putin. Delighted with the food and the service, the Russian president entrusted him with the Kremlin banquets at each reception of heads of state, which earned him the nickname “Putin’s chef.”

That link allowed him to establish many contacts in the Kremlin, such as with Viktor Zolotov, director of the Russian National Guard, or Roman Tsepov, security businessman and confidant of the president.

His coffers, meanwhile, also began to grow considerably. To such an extent that he became among the 100 richest in the country. He bought himself a mansion in St. Petersburg, a summer house on the Black Sea, a 35-meter yacht and a private plane. He, too, was able to treat himself: buying a 1960s Lincoln Continental, his favorite car. In 2010 he founded a vacuum-packed pre-cooked food factory, unique in the country. However, journalists critical of the Kremlin denounced that this company worked as a cartel. As was the case – and is the case today – with Putin’s business friends, Prigozhin’s company won all the contests he entered and the contracts brought him billions of rubles. Between 2013 and 2018, as denounced by the Anti-Corruption Foundation (FBK), which was founded by the political prisoner Alexei Navalny, Prigozhin benefited from government contracts for some 3.1 billion dollars.

But in the mid-2010s, Prigozhin’s plans began to take on a geopolitical dimension. Thus was born what he called the “Internet Investigation Agency”, whose real mission was to employ low-cost trolls to spread disinformation and propaganda. The agency came to light for its attempts to interfere in US politics. Something that “Putin’s chef” himself recognized last year: “We have interfered (in the US elections), we are interfering and we will continue to interfere. Carefully, with precision, surgically and in our own way, as we know how to do it”.

Last July, the US State Department offered a reward of up to $10 million for information on Prigozhin in connection with his “participation in election interference in the United States.” The Russian businessman was also subject to sanctions by the United States, the United Kingdom and the European Union.

Since then, Prigozhin was no longer just a man who had enriched himself under the Putin regime, or simply the chef for the former KGB agent. She had become one of his tools, and in a very short time, his army was no longer just made up of trolls.

In 2014, as part of Russia’s initial attack on Ukraine with the illegal annexation of Crimea, Prigozhin founded the Wagner Group, which bills itself as a “private military company” but is actually a paramilitary organization backed by the Russian armed forces. Its fighters took part in the illegal occupation of Crimea and in much bloodier battles in the east of the country.

From its founding to this day, Wagner’s mercenaries are known for their ruthless violations of human rights in conflict zones around the world. “In their brutal defense of the Assad regime in Syria, Prigozhin’s mercenaries cemented his reputation as a Putin’s shadowy enforcerscarrying out missions that the Russian military would not carry out openly, or could not carry out at all, ”says the OCCRP in its report.

The group also applies the same cruelty to their own. Many of its fighters are convicts who, in exchange for winning their freedom, are sent to the battlefields. Most do not have proper preparation, so they end up being little more than cannon fodder. Those who refuse, however, can end very badly. An ex-combatant who managed to flee from the ranks of the Wagner Group recently told Russian activists that the paramilitary organization executed at least ten men for refusing to go fight in Ukraine.

Who is Yevgeny Prigozhin, the head of Putin’s mercenaries considered the darkest man of 2022