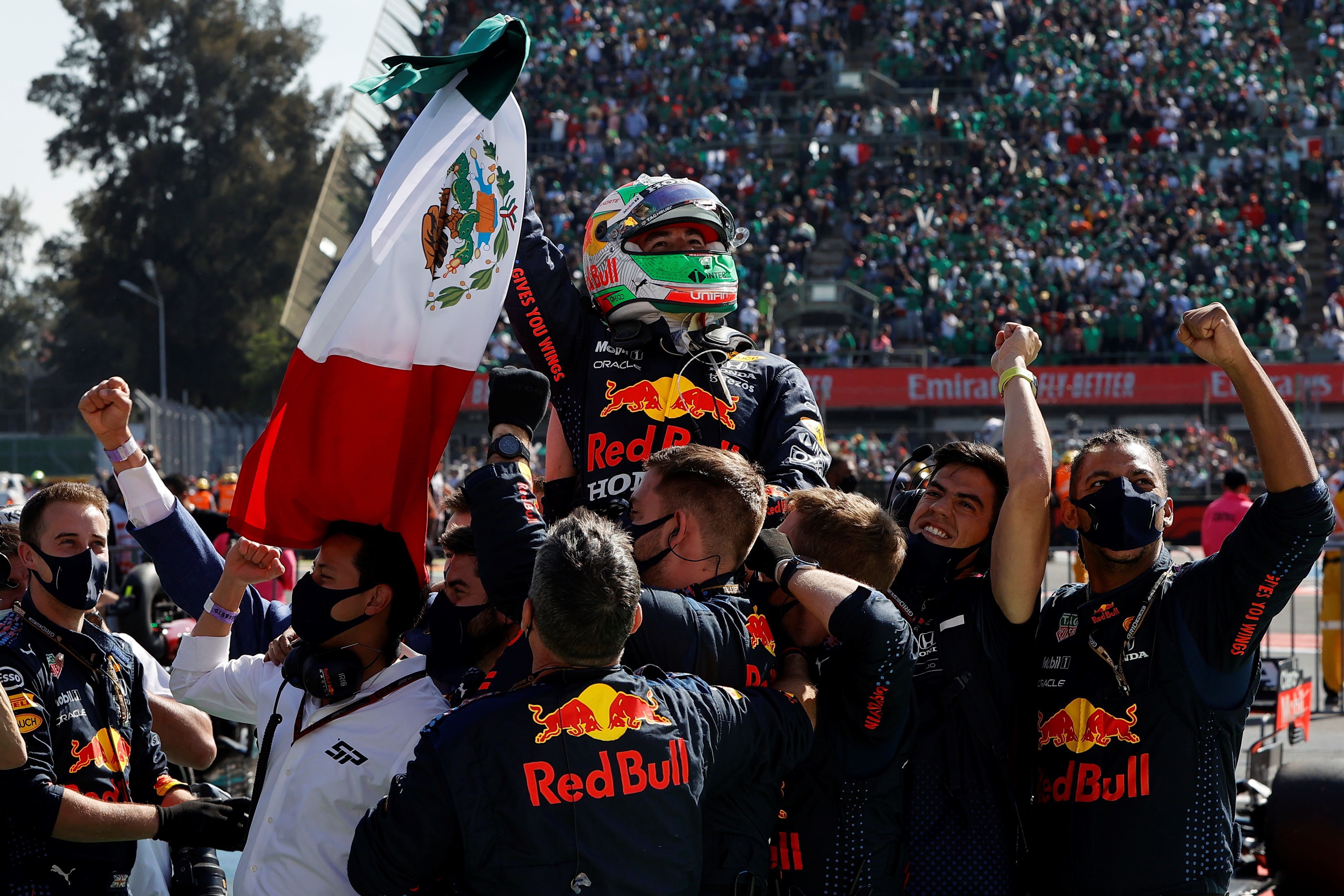 Difficult to start with an event other than the iconic one Grand Prix of Mexico City 2021, in which Sergio perez he became the first Mexican to get on the podium in local territory. This moment capped a memorable weekend, which began with its exhibition at Paseo de la Reforma.

On the iconic avenue of Mexico City, Czech Perez got on a Red Bull RB7 and paraded from the Diana the Huntress until the Angel of Independence, in an event that gathered more than 100,000 people in the surroundings and that caused a movement rarely seen before a Mexican athlete.

The grape harvest took over the streets and between Czechs made of cardboard, flags, bibs, T-shirts, hats and all kinds of articles, the Mexican public was able to enjoy the titular pilot of Red bull racing, a team that aspired to conquer the drivers ‘and constructors’ championships.

On June 6, 2021, six months after his first victory in the Formula 1, Czech Perez He demonstrated his power on the street circuits and in a dramatic finish, he won his first race with the Austrian team. He won Azerbaijan GP and consolidated its duo with Max verstappen.

On the Baku circuit he achieved what none of his last two predecessors in Red bull: win a race. What’s more, there he got the first of his five podiums in the season, a figure he had never reached in his career.

Two weeks later, Czech Perez consolidated his good understanding with the car and achieved his second consecutive podium in the French GP, where he took the stand next to Max verstappen for the first time this season, a result that sparked a brotherly hug between the two and began to put pressure on the Mercedes from Hamilton Y Bottas.

Despite the good feelings after two good weekends in a row, the 2021 of Checo Pérez is not understood without his lowest hours at Red Bull, because just in the middle of the season he ran three races in which he was out of the points.

Great Britain, Hungary and Belgium They put him on the ropes, because in British territory he had problems in the sprint race, in Hungary Valtteri Bottas forced him to withdraw the car and in Belgium skidded prior to the formation lap and crashed his car, in a beginner’s mistake.

Probably the lowest time in the season for Czech Perez it happened in the Belgian GP, when prior to the formation lap he suffered an aquaplaning that sent him against the wall. Due to the torrential rain, the team was able to repair the car in the waiting time, but finally the race did not resume normally and ended in 19th.

After the disaster in Belgium, Sergio He raised the course and consecrated his improvement in Turkey, with a livery special in the car in honor of Sling and with the one who submitted for the first time Lewis hamilton midway through the race, in a wheel-to-wheel fight from which he emerged victorious, crucial to obtain his third podium of the year.

Probably the moment when Czech Perez he got into the affection of all the fans of Formula 1 and Red Bull was at the Abu Dhabi GP, when despite having to leave with a guaranteed podium, he defended like never before Lewis hamilton and it was a crucial piece for Max verstappen will win the drivers’ championship.

That defense, with worn tires and with the pressure of a world champion behind him, was one of the best moments of his season and where he demonstrated, once again, his extraordinary wheel management.

Can’t close the list of images without a refresher on the extraordinary Mexican GP, where he dazzled his fans with brutal pressure on Hamilton, stood on the podium and confirmed the Check in their land.

“Despised”: Checo Pérez’s biographer defended him after being left out of the Top Ten