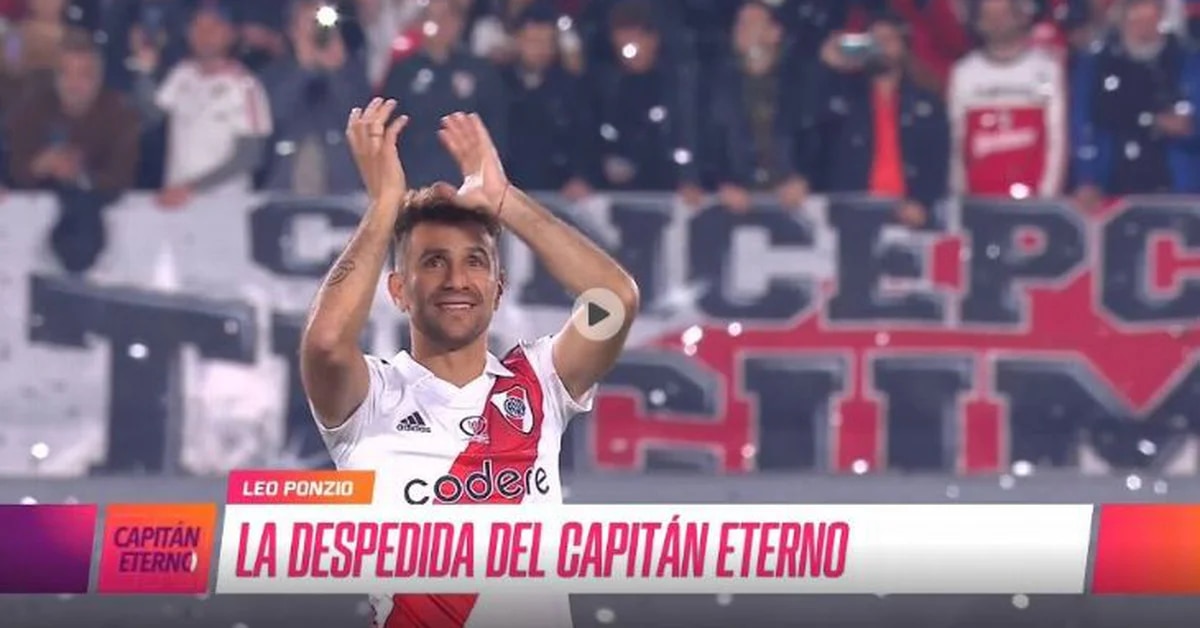 In a setting of great emotion and with the well-deserved tribute, Leonard Ponzio had a reception in his farewell party that generated the ovation of 70 thousand souls present in the Monumental Stadium. The former millionaire captain was the last to enter the field of play after his guests, great legends of the institution, who also had the warm greeting of the people. Among the most applauded were Enzo Francescoli, Ariel Ortega and Marcelo Gallardo.

Those who accompanied Ponzio sat in a small gallery. Once everyone was positioned, a play of lights began with the millionaire colors, white and red on the side of the playing field. Artificial flames and the pieces of paper appeared behind the arches. The cell phones of the public also gave it a special color.

After a minute, Ponzio entered alone and he was excited. He greeted the people and the public applause began: “Come, come, sing with me, that you are going to find a friend, that with the help of Leo Ponzio, we are all going to turn around”.

“Thank you for coming to share this night with me. Thanks to all the guys, you know you put me in this place. They gave me the value that I believe is the best thing that can happen to a person, human value. Thanks to my family, I never dreamed of this. I am adopted in this house. I don’t know what to say, I have many emotions. There is no explanation for this. got over it all. Seriously, thank you very much”, said Ponzio with a broken voice while the audience was heard in the background, “Ponzio is from River and from River he does not leave.”

Then the current president, Jorge Brito, and his predecessor, Rodolfo D’Onofrio, presented him with a plaque for his career and number of games, in recognition of the player who won the most titles with the club shirt.

But after the acknowledgments