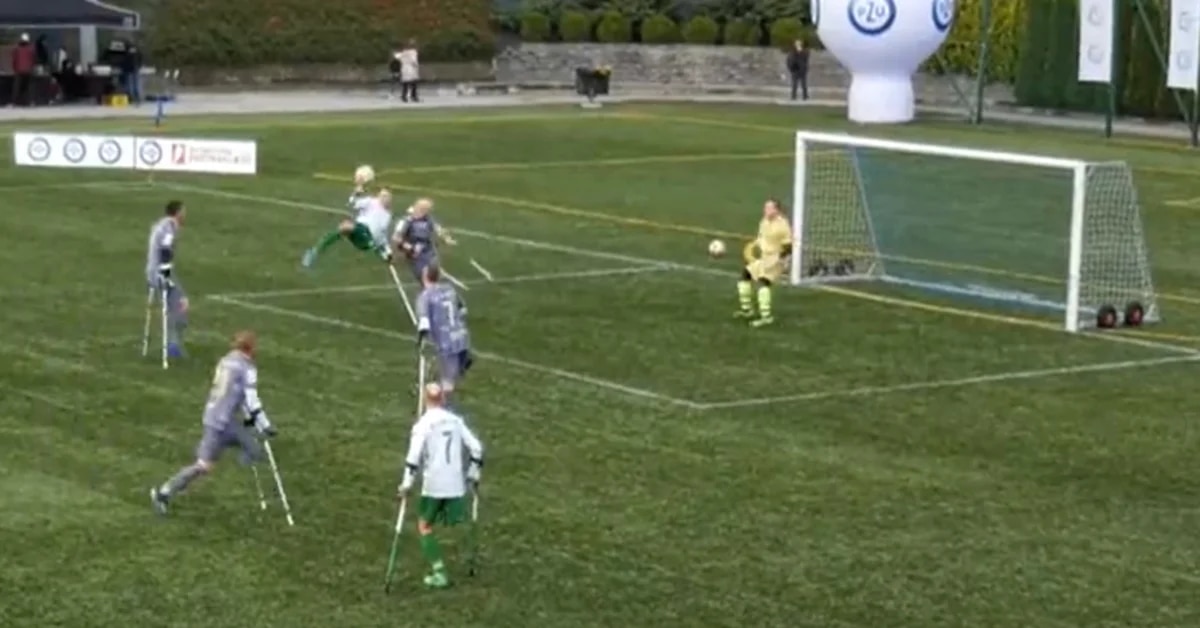 Rarely has a goal been seen as spectacular as the one Marcin Oleksy scored this weekend in the amputee league of Poland. The footballer was not only the author of an impressive work, but the video has reached such a level of viralization that there are users on social networks who demand that it FIFA keep it in mind for the award puskas.

In the clip that is all the rage on the Internet you can see part of the play that begins with the team Warta Poznań moving the ball through the center of the field and taking it to the right of the attack. From there, he split a cross to the door of the perfect area so that the goalkeeper could not go out to cut it, but it seemed difficult for the center forward.

It was then that Oleksy he improvised a spectacular pirouette leaning on one of his crutches to raise his right leg, take the volleyball and nail the ball against a post below, before the watchful eye of the goalkeeper and the surprise of everyone in the stadium.

The goal of the number 9, who received the immediate embrace of all his teammates, quickly went viral and reached the eyes of FIFA. “Incredible goal” commented the body that every year it holds a ceremony in which it rewards the best players in world football and also awards the puskas the author of the best goal of the season.

That is why users claim that now the FIFA contemplate the amount of Oleksy at least as one of the candidates to be able to compete with other goals of great caliber. However, despite the desire of millions, this seems almost impossible since the amputee league is played with a different regulation since the teams are made up of five players and the dimensions of the field are smaller than those of soccer 11.

But perhaps the body will be moved and leave some space in its next ceremony to recognize this Polish player who has also played the last World Cup with his team. In that tournament, the European team was eliminated in the round of 16 against Brazil and finished 13th in the general table.

“We are quite dissatisfied, because we went to Turkey with a different attitude, it was about the fight for the medals. But… that’s the way sport is”, declared himself. Oleksy in dialogue with the portals of his country after that elimination. “I think each of us has come back from Turkey with such an attitude that we have to work even harder and go to the World Cup in four years to show that this performance was a delicate mishap and at the same time a lesson for us.” he maintained in an optimistic tone for the future.