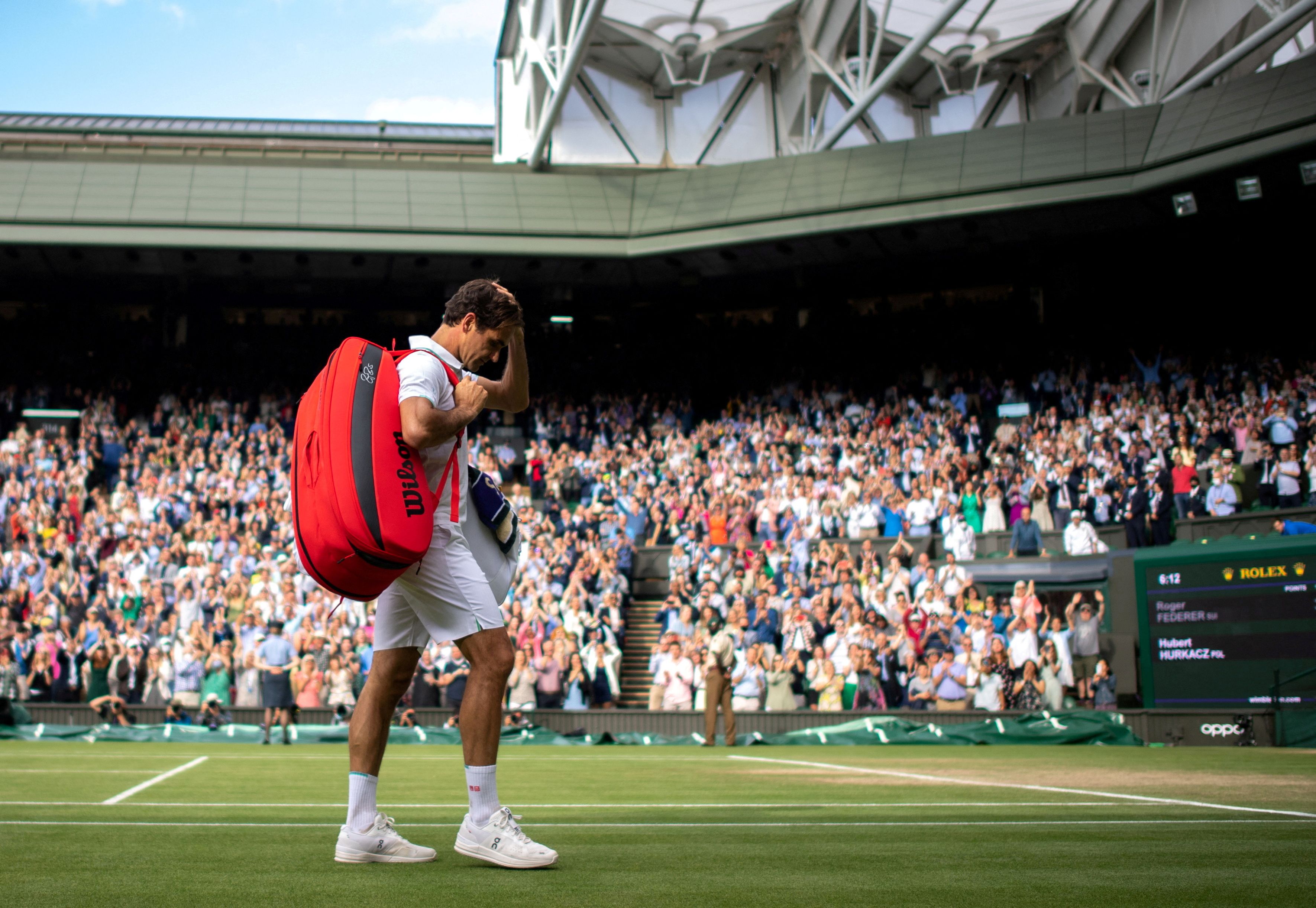 The withdrawal of Roger Federer of professional activity is sad news for the tennis circuit but if the last years of his career are analyzed, it was something that could come at any moment. At 41 years of age, the Swiss wrote a letter to notify him of his decision and marked the Laver Cup which will take place in London next week as the last tournament he will play before hanging up his racket. Far from being physically at his best, the Basel native he was never able to beat an injury to his right knee that constantly prevented him from returning to the courts.

If you check the number of interruptions that Roger had throughout his impeccable career, there are very few times that he was inactive due to ailments. To be exact, there were five major injuries throughout the Swiss’s life in which he played more than 1500 games. A detail that draws attention is that four of them were in the last decade in reference to the wear and signs that the body of the 20-time winner of Grand Slam sent clearly.

You have to go back to 2008, when he already had 10 years as a professional on his back, to find Federer’s first significant absence in consecutive weeks. An unexpected mononucleosis sidelined him for about two months. and marginalized him from playing the Australian Open, the Dubai ATP 500 and the Kooyong Classic. After trying to get back on the courts in Melbourne, he “felt sluggish” and made the decision to rest from tennis for several days to return in top condition.

The following ailment only appeared in 2014 in a semifinal of the London Masters against his friend and compatriot, Stan Wawrinka. Their Majesty He took the match with a tight 4-6, 7-5 and 7-6 after 2 hours and 48 minutes of battle. However, the enormous effort did not come for free for Roger: a pain appeared in his back and he could not play the final of the contest against Novak Djokovicso the Serbian was crowned champion of that edition without playing the final.

But none of the above injuries compare to the Swiss’s real problem heading into his final moments as a pro: his two knees. In early 2016 he fell to Nole in the Australian Open semifinals in four competitive sets and the body sent the first signal. “After testing when I returned home, it was determined that I had torn my menisci”He explained on his social networks. At that moment, Federer’s first step in the operating room occurred.

The information marked three months as the date of return of the Basel-born to the courts. As he used to do every year, he pointed to Wimbledon to return to the circuit and even reached the semifinals where he lost to the Canadian milos raonic in another match for history with five sets. The worst news arrived shortly after the defeat when he found out that he suffered from the injury to his left knee and was there until January 2017 once again idle in the circuit.

The following precedent dates from May 2019 when Roger made the surprise decision to walkover in the quarterfinals of the Rome Masters versus Stefanos Tsitsipas. In the previous rounds, he had beaten the Portuguese in straight sets Joao Souza and croatian Borna Coric but he suffered pain in his right leg weeks before Roland Garros. The concern of the fans grew in the atmosphere but finally, ten days later, Federer played the second Grand Slam of the year where he reached the semifinals and lost to Rafael Nadal.

The final obstacle of his career was not a visible injury in a specific game, so the statement he released at the beginning of 2020 amazed the circuit. “My right knee was bothering me for a while and I decided to have arthroscopic surgery in Switzerland”, reported on their social networks. He began the long recovery and, after kicking back on the courts several times, Wimbledon 2021 was the date marked on the calendar for the return.

The Polish Hubert Hurkacz he won in straight sets a weakened Federer who received medical attention during the match and who ended that sports week with a new arthroscopy. From then on, his battle with his right knee at the age of 41 was something difficult to assimilate and ended up being one of the reasons why the Swiss made the determination to end his professional career at the Laver Cup in London. After being a semifinalist at the Australian Open 2020, Roger only played 14 games until this September 15, 2022 he decided to announce his goodbye.

A few days ago, the Swiss media Tagesanzeiger had notified that Roger fluid reaccumulated in his knee and when trying to increase the intensity of training, he could not do it as the winner of 20 Grand Slams would like. Rumors indicated that he had in mind to retire in the Basel Swiss Indoors (October 24 to 30) in which he is registered as a participant but, with the recent news from the tennis player, he will not be present at the ATP tournament that takes place in his hometown.

Roger was sincere when explaining the reasons for his goodbye in the letter he published on social networks: “The last three years have presented challenges in the form of injuries and operations. I worked hard to get back to full competitive form but also I realized that the capabilities and limitations of my body sent me a message that lately is more than clear”. That damn knee that will leave him without saying goodbye as he surely would have dreamed of, shining in a Grand Slam, will not tarnish his legendary legacy in the sport.

Impact on the sports world: Roger Federer announced his retirement from tennis at the age of 41

The reactions of the sports world after the retirement of Roger Federer: Del Potro’s gratitude and the rain of messages

The pearls of Roger Federer’s last visit to Argentina: the food that captivated him, Maradona’s message and a gift from Riquelme