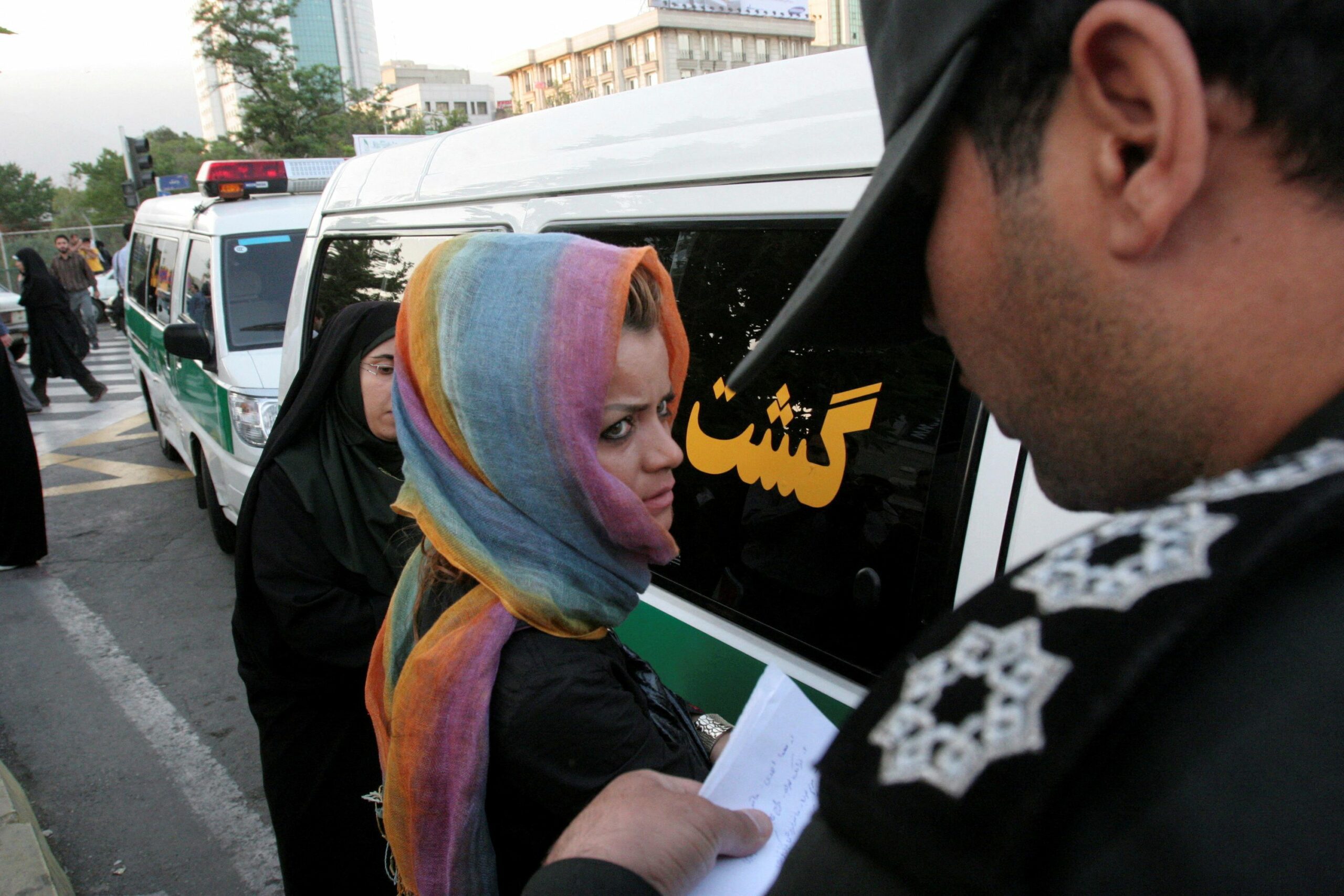 Iran abolished the morality policea force that monitored people’s clothing and detained especially women who did not cover themselves in accordance with the codes dictated by the security system. Islamic Republicreported the country’s attorney general, Mohamad Jafar Montazeri.

“The Morality Police has been dismantled by the same people who created it”, the prosecutor limited himself to announcing during a meeting in the city of qombefore assuring that this organization, in charge of observing traditional Islamic values, “has nothing to do with the Iranian Judiciary”, which is officially in charge of this practice, according to statements collected by the Iranian reformist media Shargh Daily and the news agency ISNA.

His comment came at a religious conference where he responded to a participant asking “why the morality police were being shut down,” according to the report.

Analysts consider the announcement to be a yield to the popular protest movement registered by the country for three months.

Montazeri explained that the judiciary will continue its supervision regarding behavior at the community level and stressed that women’s clothing is still very important, especially in the holy city of Qom, south of Tehran.

“The bad hijab (Islamic headscarf) in the countryespecially in the holy city of Qom, is one of the main concerns of the judiciary as well as our revolutionary society, but it should be noted that judicial action is the last resort and cultural measures precede any other,” Montazeri justified in a speech at a meeting with clerics in Qom.

The city of Qom is the theological center of Iranwhere the main seminaries of the country are located and where thousands of pilgrims and seminarians from all over the world visit and study.

The morality police, known as Gasht-e Ershad [patrullas de orientación]it was created under the mandate of the ultra-conservative president Mahmud Ahmadinejad [de 2005 a 2013] to “spread the culture of decency and hijab.” These units launched to patrol the streets in 2006 and in 2007 began to use physical violence and arrests.

Iran has been experiencing widespread protests since September 16, after the death in police custody of the 22-year-old Kurdish girl Mahsa Amini, who had been arrested precisely by the morality police for allegedly wearing the Islamic veil wrong.

The protests include the demand for the end of the Islamic Republic.

“This is not a protest, this is a revolution”, “we do not want the Islamic Republic”, “death to the dictator”, are some of the slogans that protesters shout in street protests or at night from the windows of their houses and write on the walls of buildings since last September.

According to Iran’s Security Council, since the start of the protests, “more than 200 people” have been killed, but foreign NGOs such as Oslo-based Iran Human Rights put the death toll at 448 from the strong police repression.

In addition, at least 2,000 people have been accused of various crimes for their participation in the mobilizations, of which six have been sentenced to death.

The Iranian authorities are currently reviewing the law that has forced women to wear the veil for decades, in an attempt to appease the wave of protests that has shaken the country for more than two months.

“Parliament and the judiciary are working” on the matter, Attorney General Montazeri told the news agency on Thursday isna, which disclosed it on Friday. He did not specify what could be changed in the law. “On Wednesday we had a meeting with the culture committee of the parliament and we will see the results in a week or two,” he said in a speech in Qom, south of Tehran.

Ultra-conservative President Ebrahim Raisi told a conference in Tehran on Saturday that Iran’s constitution “has solid and immutable values ​​and principles” but that there were methods of implementation that could be “changed.”

The veil became compulsory in Iran in 1983, four years after the 1979 Islamic Revolution toppled the US-backed monarchy of the shah. The issue remains highly sensitive in a country where Conservatives – who dominate Parliament and the judiciary – insist it should be mandatory.

When its use became mandatory, it became common to see women in tight blue jeans. Veils were also worn loosely and colorful materials were used. But in July, President Raissi called on “all state institutions” to enforce the headscarf law. However, many women continued to break the rules.

Unable to enforce the rules, the morality police have tended to round up individual women to “intimidate and scare” the others, says Omid Memarian, a well-known US-based activist and journalist. “Mahsa Amini’s death comes months after a new push to force people to wear the hijab in public,” he explains.