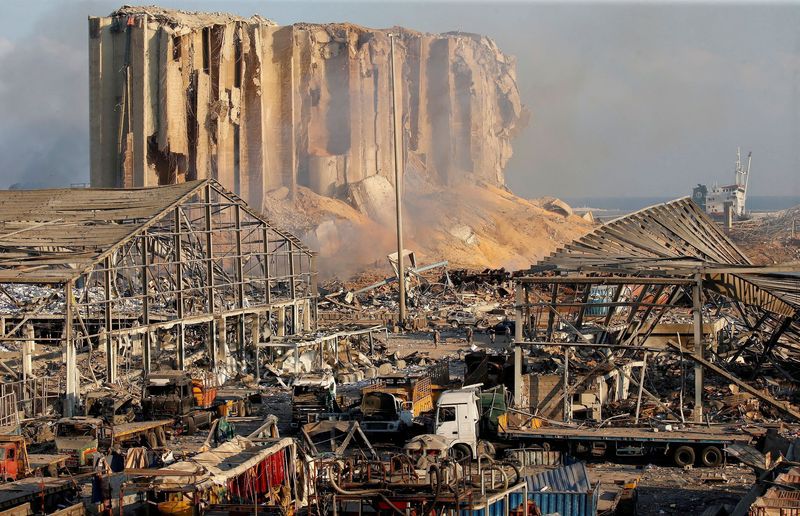 The Lebanese judge in charge of investigating the explosion in the port of Beirut in 2020 charged eight people this Monday after a suspension of the process for 13 months due to political pressure.

“Judge Tarek Bitar decided to resume the investigation”, on the huge explosion that occurred on August 4, 2020 that left more than 200 dead and 6,500 injured and razed entire neighborhoods of the Lebanese capital, told the AFP a senior judicial official who spoke on condition of anonymity.

The magistrate decided to indict eight people, including two senior security officials: the director of General Security, Abbas Ibrahim, and the head of State Security, Tony Saliba, the source added, without specifying the charges under which they were prosecuted.

Instead, he ordered the release of five people who had been detained after the huge explosion, including the director of Customs, Chafic MerhYo. All these people had been arrested after the drama.

Judge Bitar’s investigation had been blocked since December 2021 by a series of lawsuits launched against him by political leaders, and by a campaign led by the Hezbollah terrorist groupthe dominant political force in Lebanon, which accused the magistrate of not being impartial.

On Monday, Hussein Al-Jalil, political adviser to Hassan Nasrallah –the leader of Hezbollah– described Judge Bitar’s investigation as a “black stain” in the country’s courts.

The judicial source added for his part that “judge Bitar conducted a legal study, by virtue of which he made the decision to resume the investigation, despite the proceedings launched against him.”

A large part of the population attributed the explosion, which occurred in a warehouse that housed hundreds of tons of ammonium nitrate without any precautionary measure, to the corruption and negligence of the ruling class.

The Lebanese authorities refused to carry out an international investigation, as requested by the families of the victims and human rights organizations.

Different human rights organizations have accused the suspects of obstructing the investigation and have called for the opening of an international investigation due to the lack of progress in the domestic process two and a half years after the tragedy.

Last week, several relatives of the victims were arrested for alleged vandalism committed during a protest to demand justice for their loved ones who died in the explosion, which raised strong criticism for the apparent double standards of the authorities.

Former ministers and parliamentarians suspected in the case have refused to go to testify before Bitarwhose predecessor was already removed from the investigation at the request of politicians accused of the deflagration that devastated entire neighborhoods of the Lebanese capital.