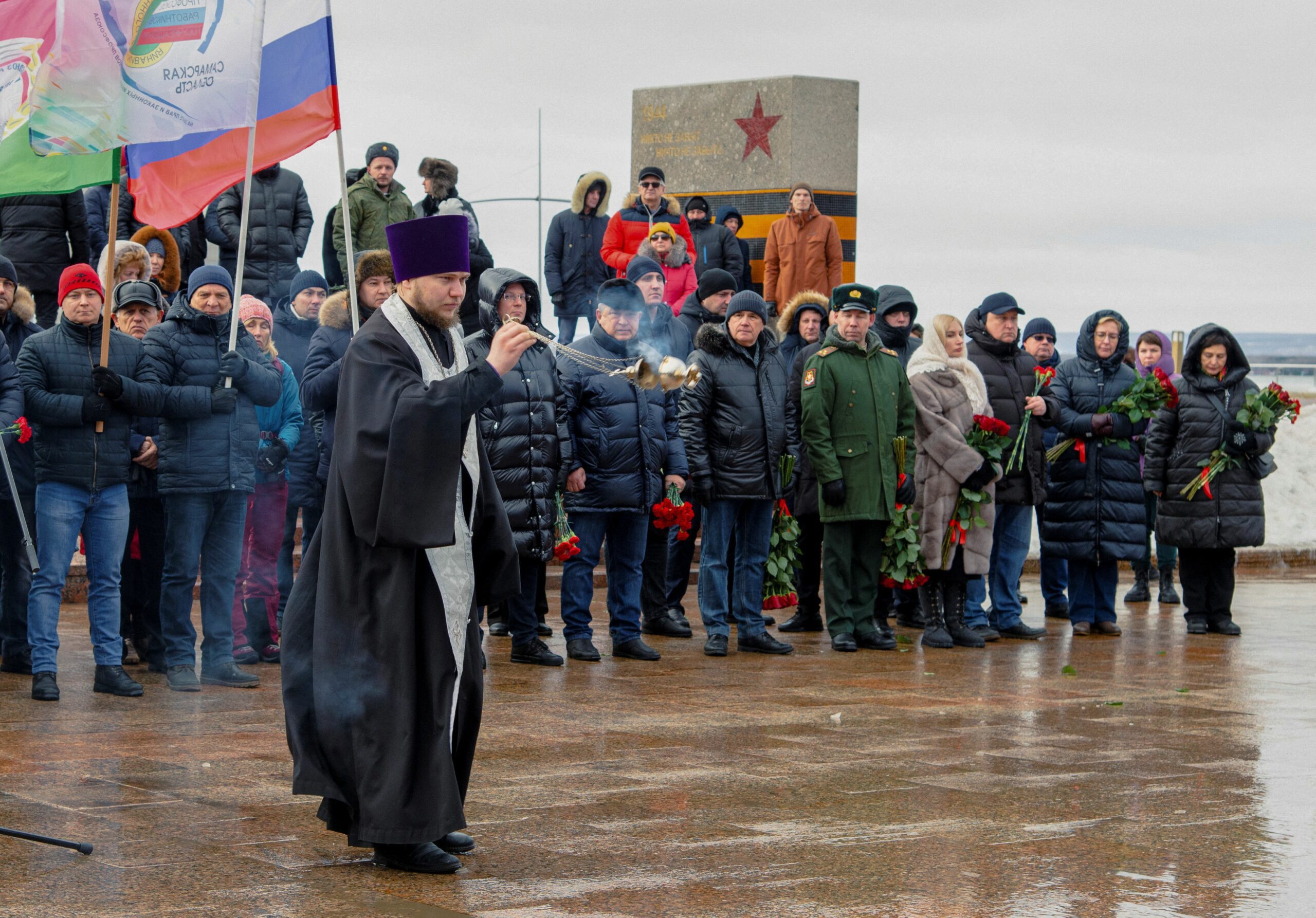 We are going to the war. If things go wrong, don’t worry. You can always blame the soldiers who used their cell phones to greet their families on New Year’s Eve.. That seems to be the logic of the Kremlin. At least it’s the one they used to justify the death of between 89 and 400 new recruits in the early hours of New Year’s Eve and New Year in a single Ukrainian attack and in which one or two missiles were used.

Russia made most of its gains in the first month of the invasion, when seized Kherson, surrounded Mariupol and was at the gates of Kyiv and Kharkiv. Since then he has been losing all the land won. On New Year’s Eve, more Russian soldiers were killed in a single attack than in any other battle. A Ukrainian missile hit the new recruits’ barracks that the generals had organized in a building near the front, in the line of range of enemy artillery and built on top of an arsenal.

When Vladimir Putin asked for explanations, the generals blamed the soldiers who used their cell phones to talk to the family, arguing that this gave the Ukrainians the coordinates for the attack. The explanation was exposed by an obscure general without much power in a television appearance at one in the morning on Monday in Moscow. The commanders hid their heads and left the rookie soldiers to be blamed for yet another strategic mistake. If the morale of the Russian troops was low, with this episode it will reach levels never before recorded. The ineffectiveness of the Russian army in general and the behavior of its top commandos also seem to have reached these levels.

On Monday, Russia’s Defense Ministry made an extremely unusual announcement, acknowledging that 63 Russian soldiers had been killed in an attack on Makiivkaa small town in Ukraine’s eastern Donetsk region, which has been under the control of pro-Russian separatists since 2014.

The statement stressed that the victims were “mobilized personnel, not professional soldiers”. the lieutenant general Sergey Sevryukov specified that a temporary base had been attacked at 12:01 on January 1, Makiivka, using a rocket system Himars supplied by the United States. On Wednesday, the same ministry stated that the number of victims had risen to 89 after discovering more bodies. Apparently, all the dead are young people between 18 and 22 years old from the Russian region of Samara, in the southwest, on the Volga River. It is the largest loss of life from a single attack that Moscow has acknowledged since its invasion began in February. The Ukrainian government believes that the dead amount to more than 400 and that there are also another 300 wounded. Independent counts also speak of at least 300 deaths.

The truth is that it is a huge mistake to station hundreds of soldiers in a single building on the front lines of the war, within range of the enemy’s precision artillery, possibly sitting on an arsenal of ammunition. The military strategists consulted by all the major international media agree that it was a question of “a mistake of amateurs”. Emily Ferrisresearcher of Royal United Services Institute of London (RUSI)said to the Associated Press that it is “very difficult to verify” whether the signals from mobile phones and geolocation were responsible for the targeted attack. But anyway It has been known for years that the armed forces use cell phone signals to detect the presence of the enemy.is something that any military should anticipate that it can happen”.

They also pointed to the problem of having very young recruits without much military training concentrated on the front lines. The Moscow-imposed president of the self-styled Donetsk People’s Republic (DNR), Denis Pushlin, precisely pointed out that element as the one that caused the tragedy. “Certain Russian units are turning to newly mobilized and poorly trained recruits for leadership roles, rather than turning to combat-hardened officer cadres and this adds more nuance to low performance and high losses of the units made up of mobilized conscripts,” he wrote. “The military mobilized with minimal training and low morale in the role of officers are likely to contribute to poor operational security practices and lack the basic acumen to make sound tactical and operational decisions.”

The so-called “military blockades” Russians, amateur journalists who report from the war front, were the most critical of what happened. Vladlen Tatarskyone of the best known of these bloggers, accused the Russian generals of “show your own stupidity and misunderstanding of what goes on among the troops, where everyone has mobile phones”. “Also, in places where there is coverage, artillery fire is often adjusted over the phone. There is simply no other way,” Tatarsky wrote in a blog post. Telegram. Another military blogger, Semyon Pegov, said that “the story of the mobile phone is not very convincing. The only remedy is not to house mass staff in large buildings. Just don’t house 500 people in one placebut distribute them in 10 different places”.

The prestigious Institute for the Study of War (ISW) saw in the incident further proof that Moscow is not making proper use of the reservists it began calling up in September. “Systemic failures in Russia’s force-generating apparatus continue to plague personnel capabilities to the detriment of Russian operational capability in Ukraine.”said the think tank. RUSI’s Ferris added that the Makiivka attack shows that the Russian army is more interested in increasing its number of troops than training them in warfare skills. “That’s really the way Russia conducts a lot of its warfare: overwhelming the enemy with volume, with people,” he said. “The opinion of the Kremlin, unfortunately, is that soldiers’ lives are expendable”.

In fact, the offensive currently taking place by the Russian forces on the strategic city of Bakhmut is led by the Wagner Group mercenaries run by military contractor Yevgeny Prigozhin, a millionaire businessman with close ties to Vladimir Putin. A Pentagon report released a few days ago indicates that 90% of these Wagner mercenaries are convicts who got out of jails with a contract specifying that if they fight in the Ukraine for a year, their sentences will be commuted. Wagner is a force of about 50,000 soldiers and 40,000 of them are ex-prisoners. precisely, the BBC showed this thursday images of Prigozhin handing over certificates of having served his prison sentences dozens of Russians participating in the invasion of Ukraine.

During Russia’s New Year special on state TV, they openly addressed the West to say, “Like it or not, Russia is enlarging!” The rest of the clip should give you a general idea as to the mood in the studio. pic.twitter.com/EcBxhEabS0

And the most decadent picture of what is happening in Russia with great discontent over the war, the repression of the Putin regime and the lack of volunteers to go fight, was seen on state television on New Year’s Eve, almost at the same time that young recruits were dying in Makiivka. It was a show in which a group of decadent artists performed songs and dances from the Soviet pop culture of the seventies, while guests were seated at tables Russian officers in flashy blue and red uniforms with forced smiles. Parts of the broadcast seemed to have been shot in advance and then chroma mixed in production, adding a sheen of unreality to the whole TV mess. Putin and the war were heard alive. In the middle, one of the presenters, dressed in a red velvet tuxedo, looked at the camera with a knowing look and said: “Like it or not, Russia is expanding.”