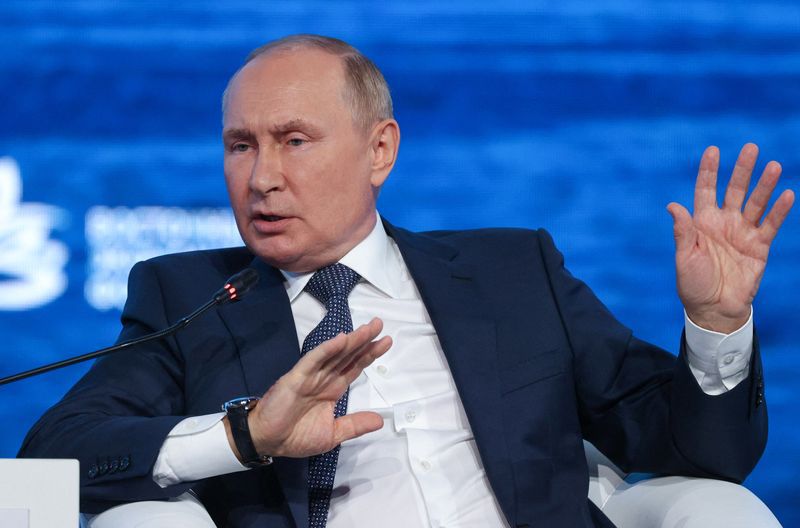 The Kremlin avoided referring to the progress made by the Ukrainian counteroffensive, which has forced Russian troops to withdraw, and said Monday that the objectives of the military campaign in Ukraine will be achieved.

“The special operation continues and will continue until the objectives that were initially set are achieved.”, said the spokesman for the Russian presidency, Dmitri Peskov.

the spokesman declined to comment further on the Ukrainian counteroffensive, which has regained control over several towns in the north of the country, and redirected the question to the Russian Ministry of Defense.

As for the possible resumption of negotiations with Ukraine, the Kremlin representative said that at the moment “there are no premises for it”. “At the moment we do not see prospects for negotiations and we note that the necessary premises for it continue to be lackingPeskov said. The Kremlin makes these statements after the Ukrainian president, Volodimir Zelensky, stated that kyiv will not talk with those who give ultimatums.

In turn, in the daily report, the Ministry of Defense announced that its troops are bombing areas of the Kharkiv region, in eastern Ukraine, reconquered in recent days by kyiv forces.

In your daily part, the Russian Ministry of Defense indicated that the Aviation and artillery were “carrying out precision attacks against units and reserves of the Ukrainian armed forces”including in urban areas of Kupiansk and Izium.

The Ukrainian army announced on Monday that it had resumed “more than 20 locations” in 24 hours within the framework of its counteroffensive against the Russian army, with which it has reached some 3,000 km2 of territory since the beginning of September. “The liberation of towns from Russian invaders continues in the Kharkiv and Donetsk regions” in the east of the country, the army said in a report.

“Across the entire front line, the Ukrainian forces have managed to expel the enemy from more than 20 locations” in 24 hours, he added. “During their withdrawal, Russian troops are hastily abandoning their positions and fleeing,” the army said in its report.

In addition, Ukraine reported that in Kherson alone, 500 square kilometers of territory previously controlled by Russian troops have been recovered.