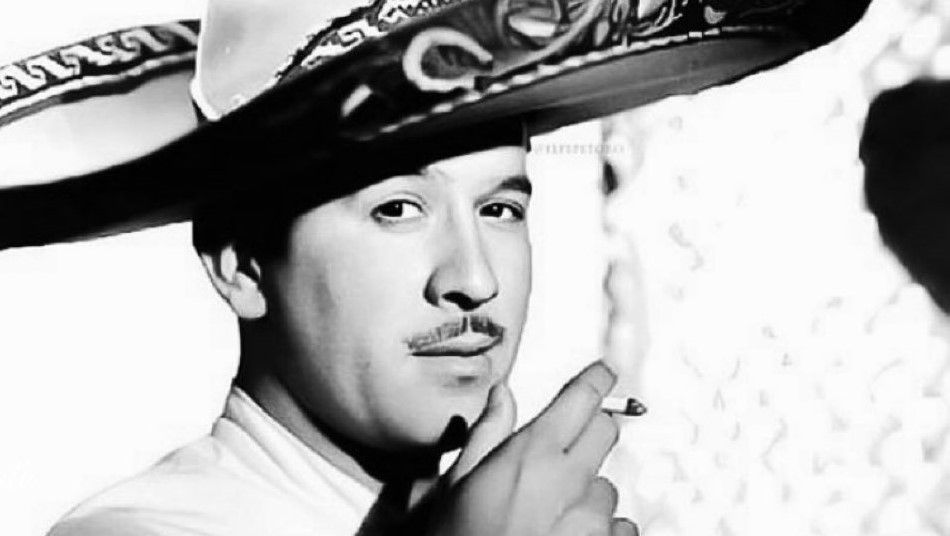 Pedro Infante He was always portrayed by his children as the best father, as he always filled them with love and gifts, he would even have spent the last days of his life with them.

After Pedro Infante’s death, it came to light how he would have spent his last days the singer and actor, as he was enjoying his life as always before the tragic plane crash took him to his last goodbye.

According to one story, Pedro Infante would have left Mexico City for Mérida on March 28 to be able to spend a vacation with his older children, Lupita Infante and Pedro Infante Jr., also children of the dancer Lupita Torrentera.

The Idol of Mexico He would have found a few weeks off to be able to spend a few days with his children and enjoy a vacation together, so he asked his former partner for permission to take them with him to a tour of the sea.

Pedro would not have stopped because of the budget, since he only wanted to take the Infante Torrentera throughout the peninsula, so on board one of his luxurious cars, He traveled through various cities, touring them and enjoying the sea every time they stopped at a beach.

The relationship that the Sinaloan had with his children was so good that tens of years after his death, they remembered in interviews how they never saw him angry when they were together, he was dedicated to play and pamper them. He always filled them with gifts and pampering.

This affection also made them know through small letters that he sent out every now and then whenever he had to go on tour for a long time. In most of his missives he spoke of how much i missed them, what he was doing outside the city and he always made them the promise that, if they needed or wanted something, they only had to let them know, because he would find a way, even from a distance, to get them what they wanted .

After his tour with his children, the Guamúchil idol He sent them back with his mother to the city, as he would have had other matters to settle in Yucatan. Quickly, he would have thanked the dancer for her willingness so that Lupita and Pedro have spent an unforgettable week with him.

Nobody would have imagined that this would be the last time that the Sinaloan would see his children and have the opportunity to pamper them, because a few days later he received very bad news from Mexico City for Irma Dorantes.

His wife informed him that María Luisa León, his first wife, had achieved annul your marriage on April 9 because he had won his bigamy lawsuit, being the only and legitimate partner of the singer, divorcing them.

Irma was desperate because she had already tried to protect the union with a protection, which did not proceed, so she asked her lover to find a solution so that their marriage was not canceled in that way.

Pedro, being out of the capital, recognized that he did not have much to do there, so he proposed to return to Mexico City on the first available flight, or the first plane that he could fly, to solve the legal conflict in the one they were in.

It was April 14th what an infant hired a TAMSA cargo plane to return as soon as possible, since his return was scheduled five days later on a commercial plane. On the 15th, he would meet Irma and her youngest daughter to find a way to make their union legal, however, she died when the plane crashed to the ground a few minutes after taking off.

How Pedro Infante predicted his death

The passion that united Pedro Infante and José Alfredo Jiménez