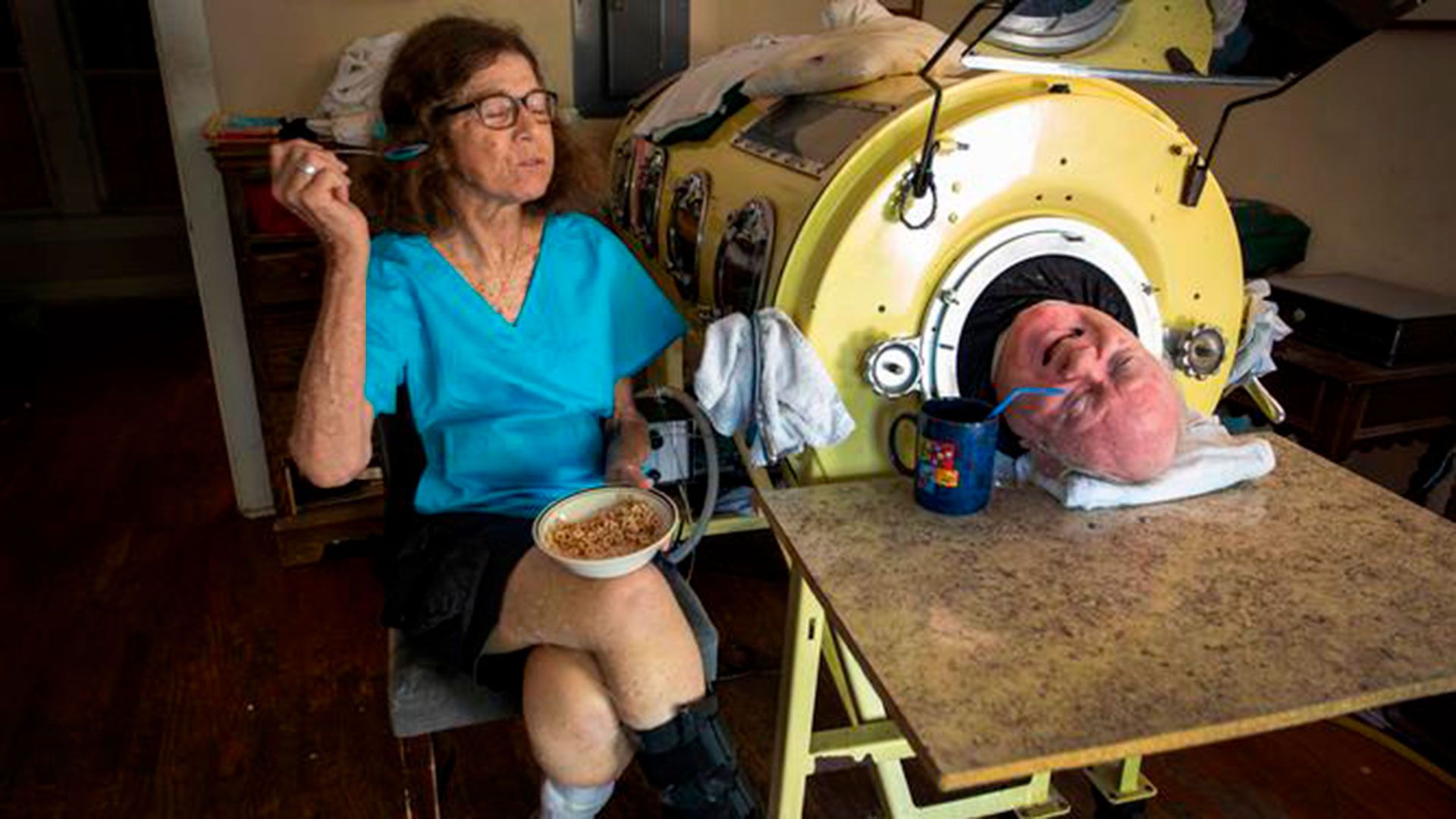 They call it “The man in the iron lung”, but his real name is Paul Alexander and has lived inside a cylinder that has been helping him breathe for seven decades.

At the age of six, Paul contracted polio disease and was paralyzed from the neck down for life. According to a series of reports, 1952 was one of the worst years for the disease in the United States, with 58,000 children infected. The vaccine against this disease was discovered just a few months after Alexander’s infection.

Back then, iron lungs – invented in the 1920s – were relatively common, but today 75-year-old Paul is one of the last people in the world to still use one for breathing. In 1979, the United States was declared polio-free, and in 2014, only 10 Americans were left using an iron lung, according to the New York Post.

His story, which has become a An example of resistance and struggle, today it serves as an example for thousands of people around the world.

According to a report by filmmaker Mitch Summers, it was when he returned from the hospital after the first operation that the then-barely-child Paul told himself that sickness would not break him. “I’ve never given up and I’m not going to”Alexander said in the interview.

According to reports on his life, Alexander did not like being at home watching television all day, so he decided that he would start studying. After becoming one of the first children to receive an elementary and middle school education at home, he tried to get to college. But he was rejected due to his disability.

Nevertheless, His tenacity and insistence led the Southern Methodist University to grant him a scholarship and in 1984 he graduated as a Doctor of Law from the University of Texas at Austin. “Finally something good happened, I wanted to be a lawyer for a long time,” he recalled. “And I was also a very good one,” he added in the video.

Now that he is older, Alexander is confined to his iron lung 24 hours a day. “I do the same as everyone else. I wake up, wash my face, brush my teeth, shave, eat breakfast … I just need a little more help to do it “, it states.

Alexander fears that, due to the anti-vaccine movement, spread in several countries, illnesses like the one he suffers from become popular again.

When asked about his dreams, Alexander said: “Not letting polio defeat me, but me defeating polio. That’s why I always wanted to achieve the things that they told me that I could not achieve and achieve the dreams that I dreamed of ”.