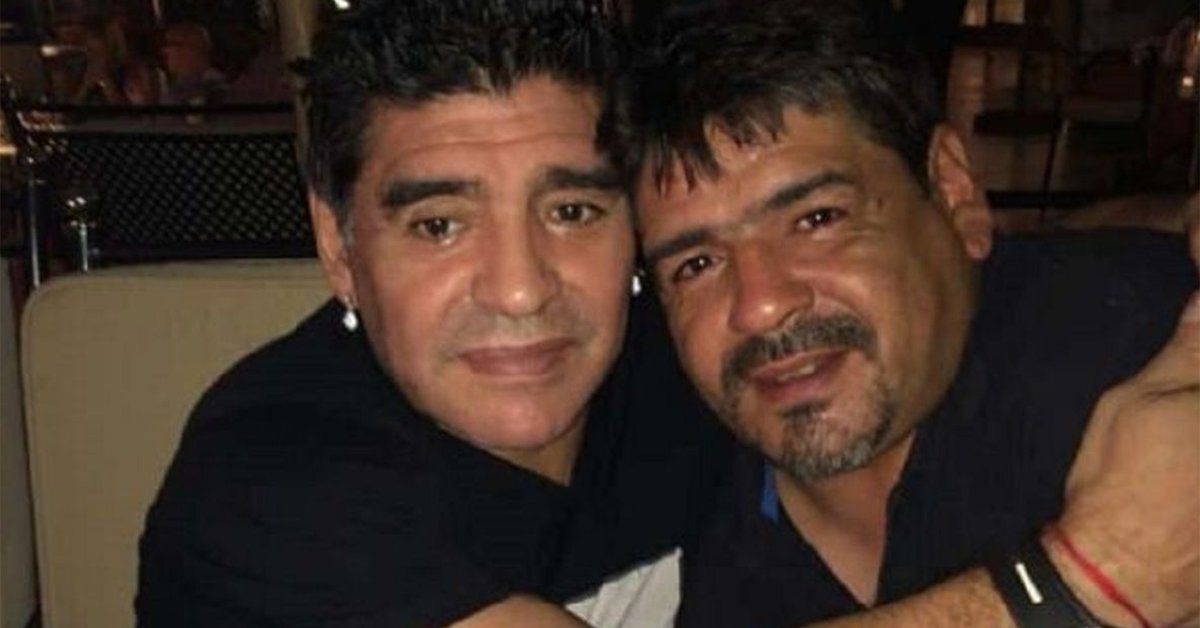 The death of Diego Armando Maradona On November 25, 2020, it generated a worldwide impact and without a doubt that where it struck the most was in its inner circle, which integrates Hugo, the youngest of his siblings. The former footballer approached the city of Naples to remember him, when the first year without the company of Fluff. In an emotional interview where tears were not lacking, recalled anecdotes from when they were little and took a tour of what was their first home in Villa Fiorito.

“It is a difficult day. But hey, you have to remember it with joy. We want the day to go by quickly. Besides, thousands of memories pass through your mind and it is hard. I promised not to cry, but it’s hard “, Hugo started in conversation with ESPN F90. And he added in this regard: “Sorry for the tears. With me he was more demanding than with others because I have a strong character too. I faced it and it is the most beautiful memory I have. That character that I had was fed to him by fighting, discussing things in life and thank God I have the last name that I have thanks to my dad and thanks to him ”.

In addition, he recognized the affection that he receives especially in that area of ​​Italy. “It is a day to remember it with all the people who appreciate it. Here in Napoli it is impressive how they want it. I don’t live here in the city, I live 20 minutes from the stadium. But the memory of the people is impressive and respect. Some, others do not respect “he declared, surrounded by his loved ones under the heavy rain that hit the city throughout the day.

Hugo remembered some of the houses he passed with Diego, but specifically stopped to describe one of them. “Today Fiorito’s house is being renovated. But I remember that corridor where the door was, the dining table, to the left was my parents’ room who had a double bed, then we had the bed where Lalo and I slept together, and Diego slept on a sofa that was orange. Horrible!. To go to the bathroom we had to do 50 meters, in winter it was terrible “, he recounted in the first person.

Next, they showed him a video in which, being very young, Hugo catalogs his brother in a special way. “My brother is a Martian, you can’t argue”he explained back then. And he took the opportunity to justify his words many years later: “You remember how the fields were before. I saw him do things in the Malvinas, the Argentinos Juniors field, the Huracán field, the San Lorenzo field. It was something from another world. Now it is much easier. Speaking of football, we could spend three days. I want people to remember him as the soccer player, with the rest they already exceed ”.

To close, he chatted for a few moments with Claudio Paul Caniggia and the Bird revealed that she met Hugo first and then Diego. “Cani as a person is bigger than as a player”declared the younger brother of the Maradona.

To get excited: the best tributes to Diego Maradona one year after his death