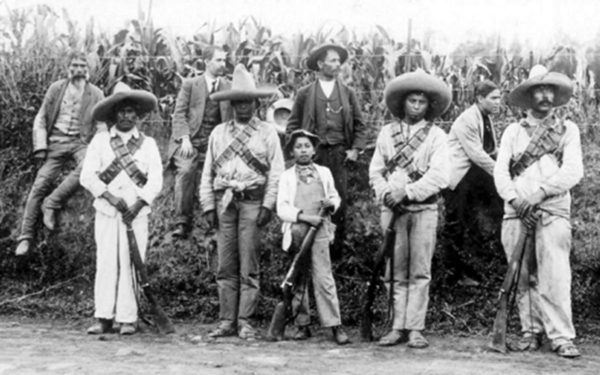 The conference given by Luis López Palau.

Following the instructions of the Governor of the State José Ricardo Gallardo Cardona, to promote art and culture for the benefit of each and every person in Potosí, the Ministry of Culture invites the general public to the talk The Mexican Revolution in San Luis Potosí by Luis López Palau, founding member of the Facebook group Ser Potosinos, and will take place on Wednesday, November 24, 2021 at 6:00 p.m. at the Casa de Cultura del Barrio San Sebastián.

In this conference, the maximum face-to-face capacity will be 16 people maximum. Simultaneously, the talk will be broadcast live through Facebook of the House of Culture of the San Sebastián Neighborhood Free entry and special invitation to people with disabilities.

Luis López Palau has a degree in Economics and Law. Author and co-author of several books on San Luis Potosí. Exhibitor of Potosí subjects, with twenty years of investigation; and founding member of the Facebook group Ser Potosinos.

In this talk, the theme of the Mexican Revolution will be discussed as one of the events that marked the history of the country in the 20th century politically, economically and socially.

It occurred during the Porfiriato, an authoritarian political regime that lasted almost thirty years, causing great social and economic inequality. To end the re-election of Porfirio Díaz, in 1909 Francisco I. Madero launched his candidacy for President The Plan of San Luis was the banner of the Revolution.

The first revolutionary who entered the city of San Luis Potosí with people armed with infantry and cavalry was Cándido Navarro on May 26, 1911 and left on May 31.