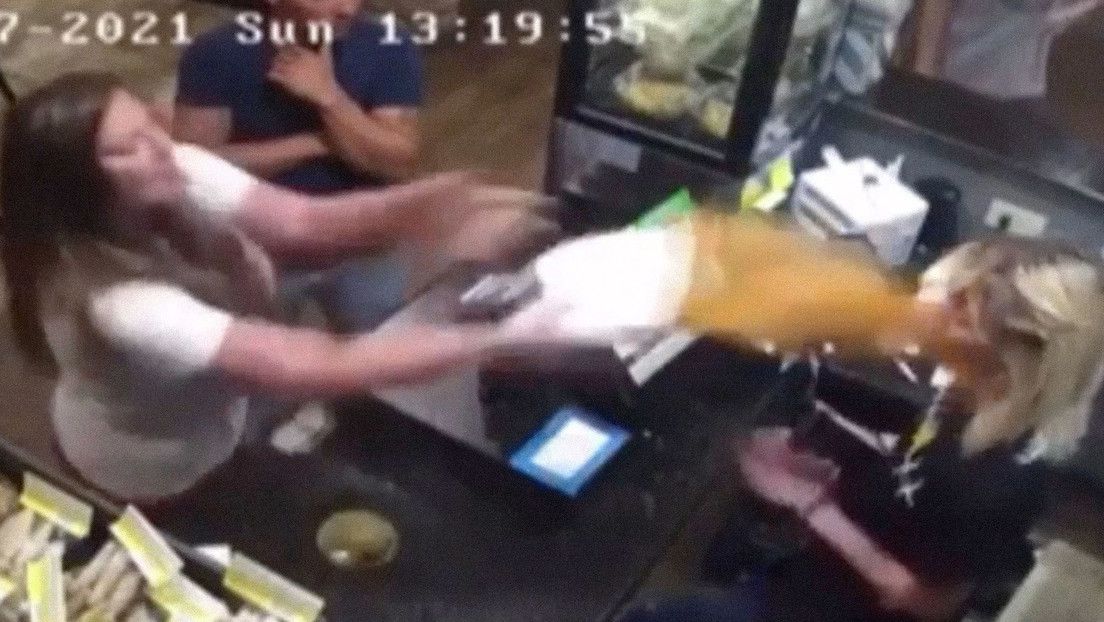 Police in Temple, Texas (United States) arrested 31-year-old Amanda Nicole Martínez, a woman accused of throwing soup in the face of a restaurant employee during a November 7 riot in Sol De Jalisco.

Martinez is charged with assault that caused bodily injury. She was arrested and transported to the Bell County Jail Wednesday morning, police said.

“We do not tolerate this type of behavior and we demand the highest level of our citizens”said Deputy Chief Allen Teston as police began investigating the assault.

“If a citizen believes that they have received a bad service, we recommend that they remain civil until the problem is resolved”, added.

The incident occurred at 1:21 pm on November 7 when Martinez picked up an order at the Mexican food restaurant. Shortly after, he returned to the store to complain that the soup he had ordered was so hot that it had melted the plastic lid.

“He went back to the restaurant and started a verbal altercation,” said the police.

Their complaints were received by the store manager, a young woman who exchanged a few words with the angry customer. The exchange was recorded by the security cameras of the place in a video that shows the exact moment when an exasperated Martinez was boiling the soup and threw it in the face of the woman in front of the cash register.

“He left before the officers arrived,” added the police.

According to statements by Jannelle Broland, the manager of the premises, she apologized to the customer and offered him a refund and another dish from the menu but Martínez demanded to speak with another manager and when he saw that there was no other administrative staff, he was upset and threw him the soup in the face.

Police authorities say they are treating the case as a crime, which is why they have proceeded with the preventive arrest of Martinez while the investigation progresses. The woman has also been prohibited from entering the restaurant where the assault occurred.

According to Broland, the victim will not withdraw from the charges against her attacker, who she hopes will be brought to justice and sentenced to prison.

Aggressions, shoves and insults: an opposition candidate hit another in the run-up to the elections in Venezuela