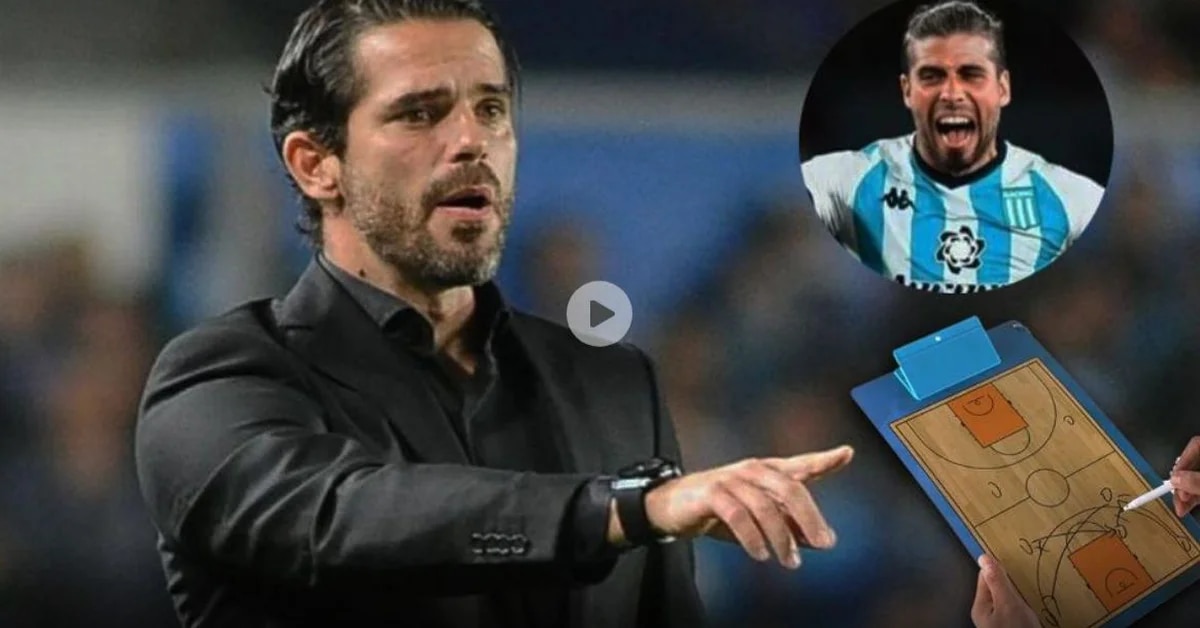 “He told us: ‘This is an NBA play'”. thus revealed Emiliano Insua the moment of the magical indication that Fernando Gago he gave his led minutes before Carlos Alcaraz headed the center from the left that Gonzalo Piovi sent perfectly. The move was perfect at a point in the match in which Racing dominated with possession of the ball because Boca had one less player due to the expulsion of Alan Varela in extra time.

The Academy he went for the win in the final minutes to take the Champions Trophy in San Luis, something he really did. But nothing was the work of chance. The coach planned everything and even he put together the special play on his tablet to show it to his players. A tactical basketball movement, according to the protagonists.

“Honestly, we never think about penalties. I always felt we were going to win it. What Fernando told us in the last break of the second period of extra time I think speaks of the clarity and the idea that he has as a coach. He took out the iPad and told us where to attack Boca. We had one more man and he saw the spaces that the rival team was giving. He told us to move the ball and that the space was going to appear, ”said Insúa in dialogue with Sports Center (ESPN).

And so it happened with Alcaraz’s goal, who was not in the area by chance. “That was the plan, to appear from behind. Fernando gives us a lot of tools to be able to solve the matches and that gives us confidence to win games.

Charly Alcaraz also recounted the “basketball play” that Gago scored for them.

Another of the testimonies that confirms Gago’s planning to define the match against Boca is that of his own Carlos Alcarazon the same screen. “Before starting the second overtime, Fernando (Gago) shows us on the iPad with some emojis that he has like a little ball with our names. make a basketball-like play, turning and circulating the ball. And that at one point we throw a center behind the center backs, that was the hole for me to enter there. We looked for that and maybe it didn’t come out, but we kept looking for it and there Gonza (Piovi) throws the center to the far post and it falls to me”.

Matías Rojas also contributed his own: “What I can say is that the coach he told us it’s a basketball play. He showed it on the iPad to those who were playing. I remember she said let’s do this and walked out. I don’t know at what point he takes the analysis of making a play with such high heart rate. I started to analyze it later because in the moment between things happening, they talk to me… I don’t know at what point he analyzes making that play “ratified the Paraguayan midfielder

Finally, Rojas highlighted the work that the coaching staff has been doing and the support they have from the squad: “Clearly it is a conviction that we felt from day zero and we chose to believe. We knew we were not wrong.”

The threat of the brother of a Boca player to Copetti: “I hope to cross you soon to see if you are so alive when you are alone”

From Nicolás Figal’s reaction against Gago to Racing’s DT’s kiss with his girlfriend: the pearls of Racing’s triumph against Boca Juniors

From missing the decisive penalty with River to being champion against Boca: Jonathan Galván’s relief after the Racing title

The tense cross between Carlos Alcaraz and Mono Navarro Montoya for the celebration of the goal that defined Racing’s victory against Boca: “They charged us”