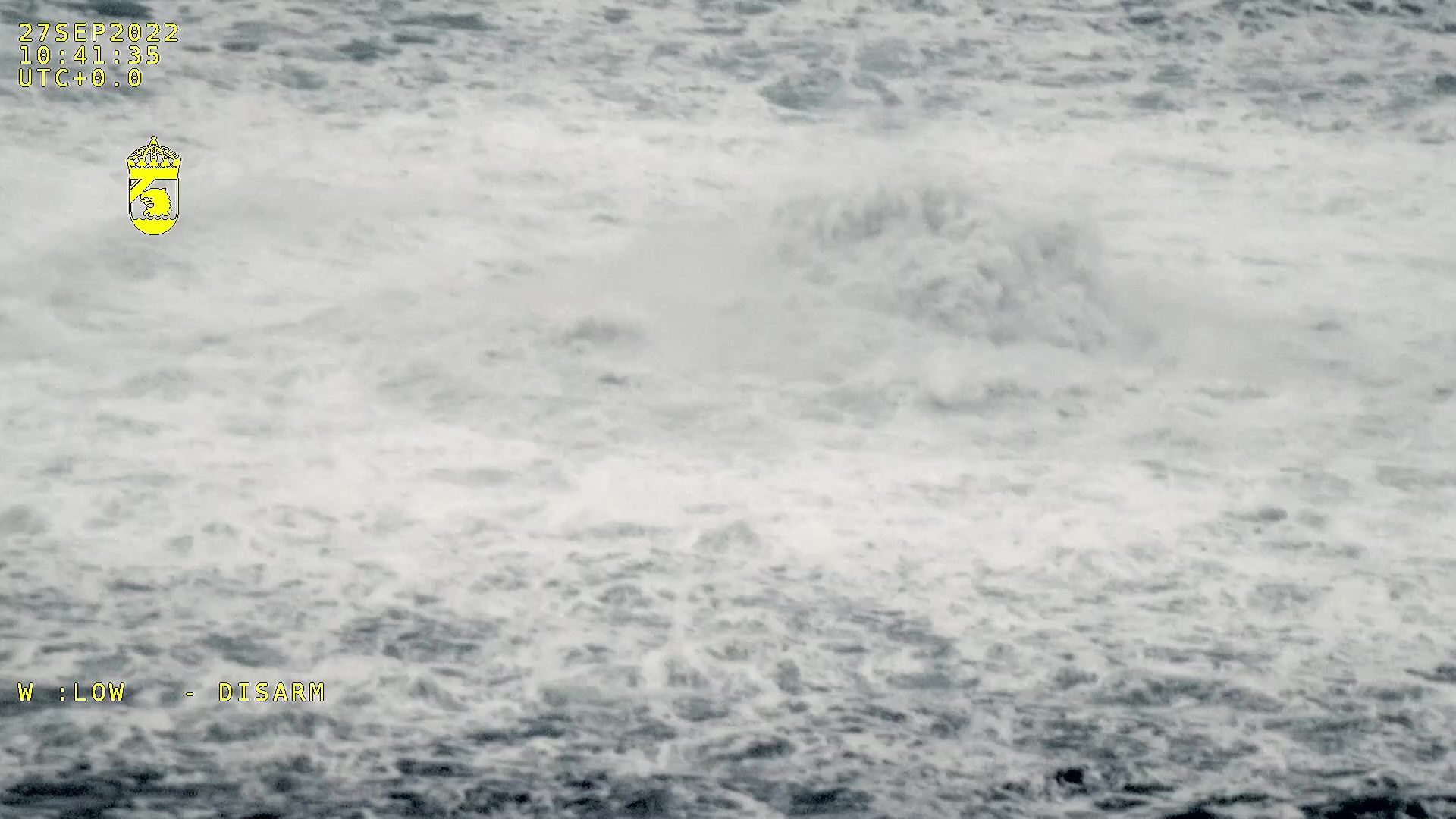 The steaming pool of methane gas in the Baltic Sea, the result of alleged sabotage of the Nord Stream gas pipelines, threatens to trigger an environmental disasteraccording to scientists and environmental organizations.

Methane is considered a key emitter of greenhouse gases, so the scientific community is struggling to make some kind of prediction about the effects of the triple leak in Nord Stream 1 and Nord Stream 2. Both pipes contain pressurized gas, despite not currently being in operation.

The scientist David McCabean expert from the Clean Air Task organization, warned that, 20 years from now, “a ton of methane has a climate impact that is more than 80 times greater than carbon dioxide,” which makes the current leak “very worrying,” according to the agency. Bloomberg.

The director of energy strategy at the Environmental Defense Fund, Andrew Baxterestimated that some 115,000 tons of methane have already been emitted into the atmosphere, which is equivalent to 9.6 million tons of CO2 or the emissions of two million gasoline cars for an entire year.

The NGO Greenpeace raised this estimate and equates it to 30 million tons of carbon dioxide, although the fact that the leaks are underwater and not in the open air complicates the elaboration of this type of estimation. What all the experts agree on is its seriousness.

The largest leak of methane known to date occurred in the Aliso canyon, in Los Angeles (United States), and in 2015 it meant the escape into the atmosphere of some 97,100 tons of methane, spread over several months. In the case of the Nord Stream, it would have been in just a few hours.

The German Environment Ministry, however, has stated that the leak does not pose a significant threat to marine life in the area, since the greatest climate risk is in the atmosphere. Even so, authorities in Germany, Denmark and Sweden exchange information to determine the possible effects.

The German authorities consider that the leaks detected in the Nord Stream 1 and 2 in Baltic waters have rendered the Russian gas pipeline useless forever, reports the newspaper Der Tagesspiegelciting German government sources.

According to ongoing valuations, damage cannot be repaired quickly and seawater will seep into the pipeswhich will cause irreversible corrosion, points out that medium.

The Danish Executive already warned this Wednesday that the investigation of the three leaks in the Baltic gas pipelines Nord Stream 1 and 2 may take several weeks until it is safe to carry out an inspection of the area.

All three leaks occurred in international waters: two in the Danish exclusive economic zone and one in the Swedish one.

As reported by the Swedish Coast Guard on Wednesday, the flow of gas in the area continues with the same force as yesterday, contrary to what the Danish Directorate General for Energy affirms.

The German Minister of Defense, Christine Lambertattributed today to a “possible sabotage” the leaks detected in the Nord-Stream 1 and 2.

Still yesterday, the German Minister of Economy and Climate Protection, Robert Habeckhad avoided entering into speculation about the causes of these leaks, arguing that it was premature to do so.

Subsequently, both the Danish Prime Minister, Mette Fredriksenlike its Swedish counterpart, Magdalena Andersonaffirmed in separate appearances before the media that everything pointed to a “deliberate” act and possible sabotage.

The European Union (EU) also warned this Wednesday, for its part, that it will react with a “strong and united response” to any “deliberate interruption of European energy infrastructure”, after the three leaks detected yesterday in Baltic waters.

Both pipelines were out of service. The Nord Stream 1, which had come online in 2011, cut off supplies weeks ago after Russia alleged an oil leak at the only Russian compressor station still in operation.

The Nord Stream 2, whose construction began in 2011, never came into operation, since Germany suspended the authorization process as a result of Moscow’s recognition of the self-proclaimed separatist republics of Donbas.