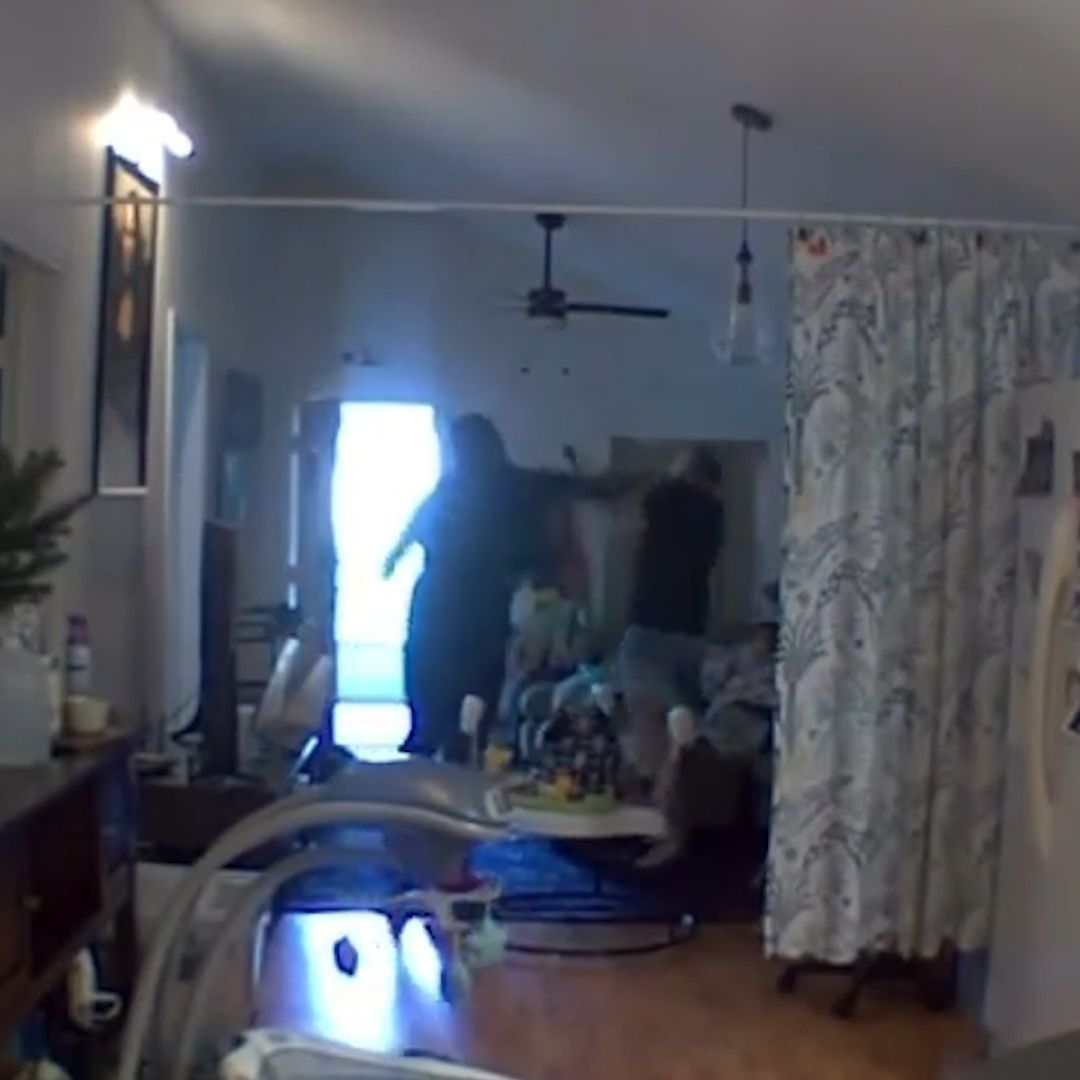 “Please put this man behind bars”Kristin Evans wrote on her Facebook account. Instagram along with a spooky sequence of videos in which he appears being hit by former NFL player Zac Stacy in front of their five-month-old son.

“Yes, I am the woman in the video” and “yes, we are fine”, These are some of the details that the woman left in her profile after posting the chilling images in which it could be seen how Stacy, 30, brutally attacked her. She decided to make public this disgusting attack that she received in order to give visibility to the event and thus receive judicial support to achieve the protection of her and her young son.

According to information from the US portal TMZ, the event would have occurred at her house on Saturday in the town of Florida, when the former New York Jets showed up to see his son.

As indicated in the documents presented to the court, the aggressor became jealous, had a prior discussion and then violently attacked his partner, even he even threw her against a television while the baby witnessed the whole scene.

In the video you can see the moment when he begins to hit her on the head until she knocks her down in front of a table. Then he picked her up and threw her against the television, which ended up falling on top of her. It was at that moment when the cry of the little one began to be heard: “Listen,” Evans managed to say as he tried to compose himself from the beating.

“Please stop. Please ”, were the pleas that came out of his mouth at all times, trying to make Stacy stop, something that happened after taking it upon herself to destroy her son’s walker. Finally, before leaving the house, she said “I love you” to her baby and closed the door.

“He punched me on the head several times! I begged him to stop because the baby was on the couch a few meters from where he had hit me, ”the woman wrote in the request for a restraining order that she presented after the attack.

“Then he picked me up and pulled me towards my television. The TV started to fall and he turned to make sure I didn’t get up. As I lay down on the ground, he started yelling at me. Then he lifted me off the ground and threw me off my feet and my body crashed into our son’s inflatable seat, ”he continued.

According to the latest information provided by TMZ, the woman would have shown up at the hospital to treat a head injury, as well as bumps and bruises. “We were told that the woman called the police immediately but Stacy fled before they arrived. They also told us that requested a restraining order for herself and her child but we have not yet confirmed it with the police ”, clarified the North American portal. “I fear for my life and that of my children,” he said, according to the New York Post.

Zac Stacy was selected 160th in the 2013 draft by the St. Louis Rams, then went through the New York Jets and the Saskatchewan Roughriders of Canada. The latest record is with the Memphis Express, a lesser franchise.

Benjamin Mendy was singled out for two new cases of rape: the City star has already accumulated six accusations

Radical turn in the case of the attacked PSG player: they investigate a love revenge with a former Barcelona involved