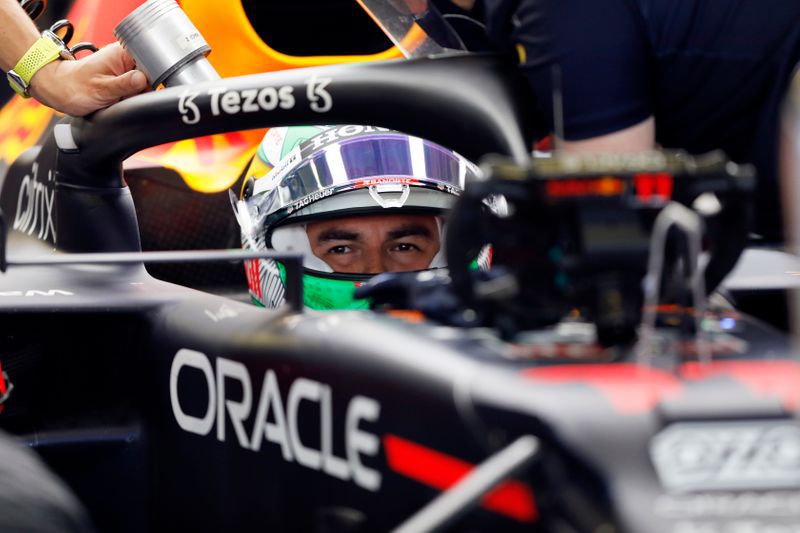 After concluding the Qatar Grand Prix, Red Bull suffered again with the times of Lewis hamilton on the track, as he again placidly won the race and Max verstappen could not match the performance of MercedesTherefore, for the last two races of the season, all the tools are being sought to improve the Austrian cars.

With a view also in the Builders World, Sergio perez will play an essential role in Red bull can win that title, so the development of his car is of equal relevance to that of his teammate in the last two races and for this reason one of his latest modifications has attracted attention.

During free practice Qatar GP, the team led by Christian horner had different problems in the rear of his two cars, which were reflected in the DRS system in the rear wing, since it did not allow a correct opening while it was active and that in the images during the transmission it seemed broken.

According to the specialized portal Motorsport, this error was quickly corrected, but it served to boost the speed on the straights of the two cars of Red bull, to the degree of being faster in tip than the two Mercedes, the same ones who had surprised during the race of Brazil.

After various attempts to repair the system, which involved changes in the controls, levers and parts, Red Bull found the solution through data analysis, since according to the aforementioned media “the reinforced cams helped to break the mobile flap, caused by a construction that is too rigid with respect to the stress of the track ”.

In summary, a spoiler was mounted with greater downforce and aeroelasticity in the materials, but with a less rigid construction, which caused an improvement in the top speed of the single-seaters, especially that observed by Max verstappen, who was faster than Lewis Hamilton on this concept.

For this modification to the rear wing, Red bull achieved a notable improvement in the performance of its cars; however, they suffered in the grip at the exit of each of the curves, especially compared to the performance of Hamilton.

This ended up costing them in overall performance during the race, so Max could never get close to Lewis hamilton despite not having mounted the new internal combustion engine that they used in Brazil, according to statements from Mercedes.

This conflict in the spoiler was combined with the strong claim by Red bull towards the flexible spoilers that Mercedes used during the Sao Paulo Grand Prix, which caused an official complaint to the FIA ​​and that in the end they did not use for the Qatar GP.

Prior to the Qatar GP, Christian horner I affirm that: “If we believe that the car does not comply with the regulations, we will”, When questioned by suspicions that raised the new engine and marks on the rear wing of Mercedes.

“With the straight speeds we’ve seen in Mexico and Brazil, I think everyone could see that Brazil’s was not a normal situation. We know that in Mercedes a new engine comes with a higher performance, but when you have a difference of a few 27 kilometers per hour and you see marks on the endplates from the rear that have been generated by the wings that have been flexed … “

In this way they will try to counteract the recent performance of German cars during the new Saudi Arabian Grand Prix, especially with that of Lewis hamilton, who has been able to surpass by far Max verstappen in the last two races.

What will Checo Pérez do when he retires from F1