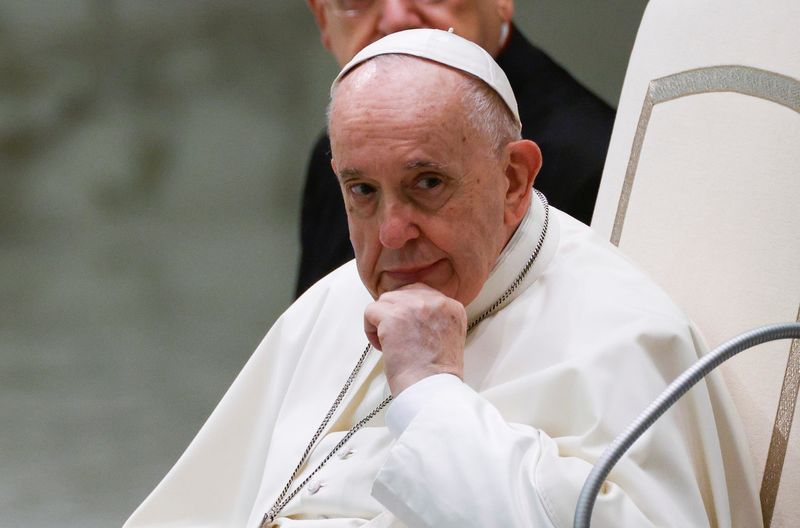 The Pope Francisco praised the work done by some religious and lay Catholics who they risked “his profession and reputation ” to help the sick of AIDS in United States.

In a letter addressed to the correspondent of the Jesuit magazine America, Michael O’Loughlin, the Pontiff celebrated the attitude of these people who “Instead of indifference, alienation or condemnation they were moved by the Grace of the Lord and allowed that to become their work of life ”.

A) Yes, Francisco paid tribute to the help “discreet, silent and hidden” that they loaned during the 1980s and 1990s, when the HIV disease epidemic in the United States and that mainly affected homosexual men.

Journalist Michael O’Loughlin is the author of the book ‘Hidden Mercy: AIDS, Catholics, and the Untold Stories of Compassion in the Face of Fear’, which will be published at end of november.

Volume picks up testimonies of the last 20 years of Catholics who cared for the sick and the situation of the homosexual community or the issue of condoms as an element of prevention of HIV transmission.

The Then Cardinal Jorge Mario Bergoglio, in 2001, washed the feet of 12 patients with HIV and AIDS in the celebration of Holy Thursday in the Cathedral of Buenos Aires.

O’Loughlin made public the letter that Francisco wrote him, dated August 17, in an article published Monday in The New York Times, in which you remember his times as a gay Catholic reporter and the tensions in the 1980s between the Catholic hierarchy, the gay community and activists.

“I told him that I am a gay Catholic journalist and that these encounter stories have the power to change lives. I told him about the many LGBT Catholics I have interviewed, who hardly hold onto their faith. Later, when I saw the white envelope with the return address from the Vatican Embassy in Washington, I was paralyzed. Pope Francis had responded “O’Loughlin wrote.

In the text in Spanish, Francisco thanked the journalist for focusing his book on “These lives and for being a witness to the many priests, religious sisters and lay people who chose to accompany, support and help” the HIV patients and AIDS “risking his profession and reputation.”

“I have no illusions that a letter, even one signed by the Pope, will heal the wounds that some Catholics inflicted decades ago”O’Loughlin commented. “Or that this could finally be the time for Francisco to change the church’s teaching on homosexuality “.

“But Christians are called to have hope, and for now I still have it”added. And now, with a papal blessing on this kind of work, maybe church leaders, maybe even the Pope, become the way they see LGBT people and others whose faith is lived on the fringes ”.

I appreciate the letter and the book you wrote.

When I finished reading your letter, I was spontaneously surprised by what one day we will be judged: ‘Because I was hungry and you gave me food, I was thirsty and you gave me drink, a stranger and you welcomed me, naked and you clothed me, sick and you visited me , in jail and you came to me. ‘

Thank you for enlightening the lives and bearing witness to the many priests, religious and laity, who chose to accompany, support and help their brothers and sisters who were sick with HIV and AIDS at great risk to their profession and reputation.

Instead of indifference, alienation and even condemnation these people allowed themselves to be moved by the Father’s mercy and allowed it to become their own life’s work; a discrete, silent and hidden mercy, but still capable of sustaining and restoring the life and history of each one of us.

Again, I thank you and I ask that the Father bless you and that the Virgin Mary take care of you, and please do not forget to pray for me.