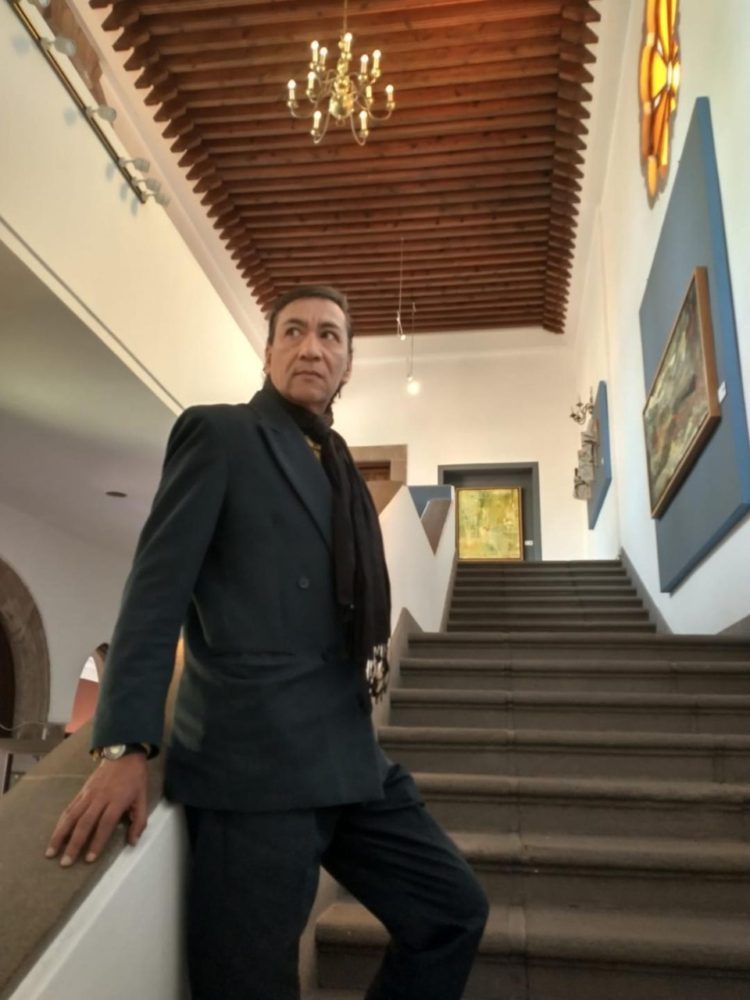 Ángel Iveer is a multidisciplinary artist who has remained after a 17-year career in culture and art. He has to his credit two poetry albums, Mexicanamor, and ¨Voces en Ébano¨ with two other Argentine poets, the poetry books ¨Arritmia¨ Edited by the Secretary of Culture of the State, ¨Anagram for a night of lies¨ author’s book and barely finished, the collection of poems ¨ The contemplation of fire.

Ángel Iveer, refers in an interview: ¨ It has cost me a lot of work to stay inside, I have gone and returned to do other jobs because you cannot live from this, it is simply the way it is, and I accept it. Today I have three ideas that I will soon turn into projects.

The first has to do with returning harmony to my Mexican land, I found a sweet word that will change the social mechanics of violence that Mexico is experiencing.

He announced that three weeks ago he worked on a film production of which he cannot reveal the name since it is still in post-production. alongside the actor Constantino Caso (Club de Cuervos) and previously did the same, directing by Gregory Nava, in which he shares small scenes with the international star Patricia Velázquez, in the production ¨American Family¨, for the Sony distributor Entertainments.

Finally, he pointed out that his most recent date of his Poetic Work where he is a special guest on his 13th anniversary for the Circle of Reading and Living Letters¨ coordinated by David Octavio, on Saturday, November 12 at the Faculty of Biochemical Sciences, and invited all the public to know his work.

He also commented; that needs contact with Potosino short filmmakers, “I want to unite our talent, show what I am capable of doing for film cameras and I also offer to support them in direction and art